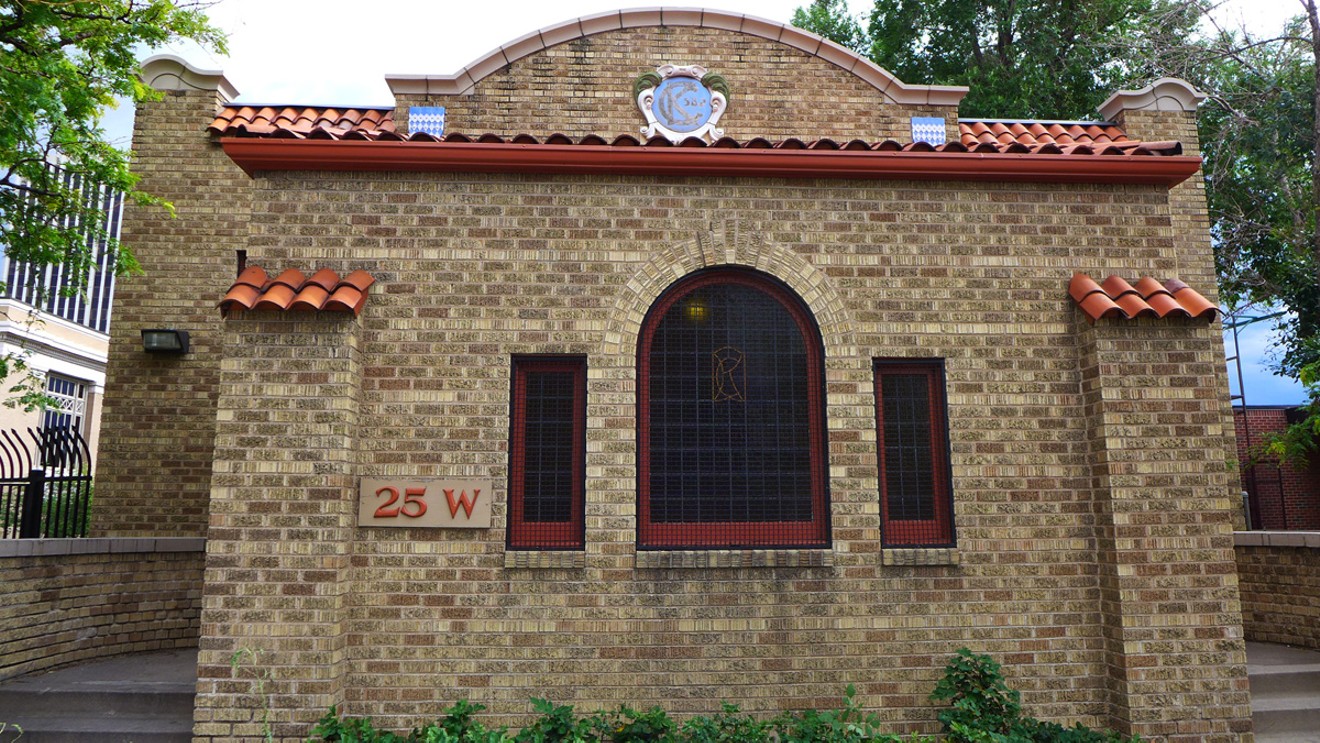 “We provide the facility, insurance, maintenance and security free of charge, and we look forward to working with them and the other groups involved to explore how we can better support them in their efforts: equipment, publicity, outreach, etcetera,” says John Spears, executive director of the PPLD. “I can honestly say that I have never worked with a group as enthusiastic, passionate, positive and fun as Flux and the partners they have brought in. We have learned a tremendous amount from them about how to serve the community, and what they have brought to us will make it easier in the future for us to expand our reach to an even broader section of the community and bring more groups to the table.”

Flux Capacitor, view toward the entrance.
Tom Murphy
The original location of Flux, in an industrial neighborhood on the east end of Colorado Springs, opened in December 2014. It proved to be a locus of live music for Colorado-based acts and touring artists alike. Active for just over two years, Flux was shuttered for fire-code violations on December 16, 2016, in the wake of the Ghost Ship fire in Oakland, California, earlier the same month. The same wave of crackdowns on DIY spaces nationwide that affected Denver's Rhinoceropolis and Glob had hit the Springs, too.

With no practical way to bring the building up to code, the members of the Flux Capacitor collective sought another building and found one they thought was suitable – but it came with a pricey five-year lease. Fortunately, Katey Perdoni, member of indie-rock band Eros & the Eschaton, and executive director of the civic organization Pikes Peak Arts Council, had connected with Spears, executive director of the Pikes Peak Library District, who, along with Anglum, had seen Bryan Ostrow, one of the spokespeople for Flux, speak at the Tim Gill Center on March 2, 2017, when the plight and importance of Flux was presented to the community at large. 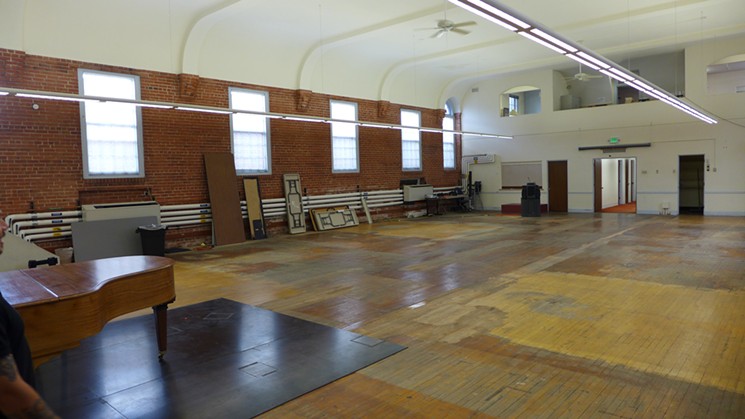 Flux Capacitor
Tom Murphy
The historic Knights of Columbus building right off of I-25 and Bijou, at 25 West Kiowa Street, was activated for use on a provisional basis in spring 2016, and Flux has held soft-opening concerts to test the viability of the space.

The building was originally dedicated on October 12, 1928, and purchased by the City of Colorado Springs in 1938. It has served as a space for the historical collection of the Colorado Springs Pioneer Association, an architectural office and a gymnasium room, and it presently retains that gym-like layout. 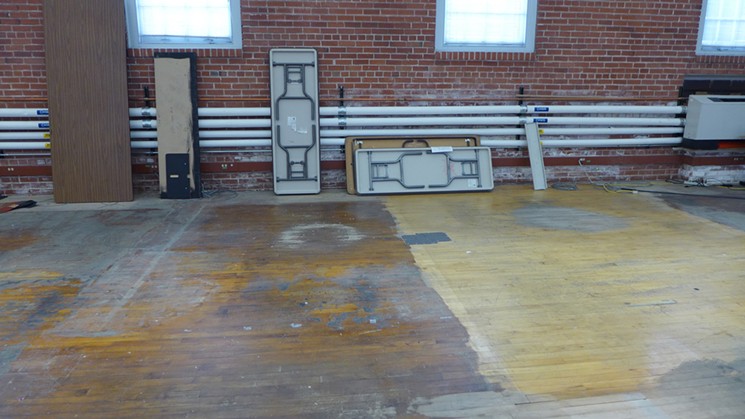 The Flux Capacitor performance space.
Tom Murphy
For the moment, the new Flux will have a capacity of 49, until the Colorado Springs Fire Department determines how many people can be in the building and the space undergoes renovations to bring the facility into compliance with the American Disabilities Act and any other codes that may apply for its use as a music venue. Once the building is brought into compliance, it will probably have a capacity of around 300, more than it had before.

The entrance to shows at the new Flux is at the back of the building, from the lower Penrose Library parking lot, where parking is free after 6 p.m. And, as before, the venue is all-ages and, in the spirit of the original location, a welcoming environment with a solid sound system that can accommodate the wide variety of bands likely to stop by Flux to perform.

Future plans for the Flux crew include refurbishing the kitchen facility to provide meals and perhaps lodging for touring acts and show-goers, which was not viable in the previous location.

Flux Capacitor, view toward the entrance.
Tom Murphy
“I believe there should be an outlet for all types of people, especially in a conservative-driven town,” says Flux's Ostrow. “Colorado Springs has also often gotten skipped over with shows, and bands only play Denver. Now we give bands a good stop in between there and New Mexico. Kids need to see more underground shows, not just the big ones.”

For Perdoni, the importance of Flux is that it is all about the music.

“It's an atmosphere of community and friendship, not a place trying to make money off your drunkenness," she says. "It's BYOB. It's run by a bunch of the sweetest stoner metalheads in the world.” 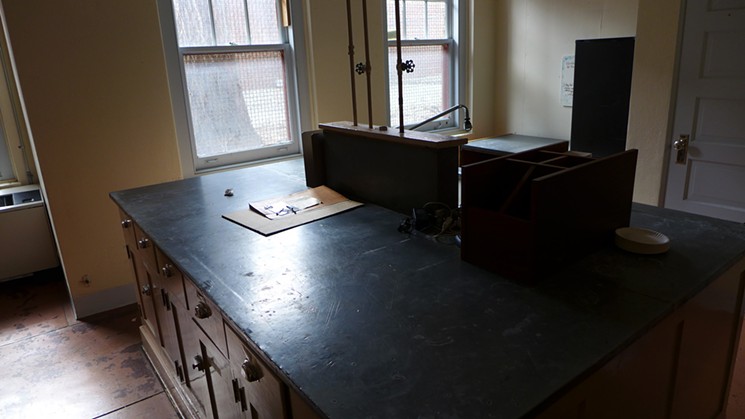 The future kitchen space at Flux.
Tom Murphy
For more information on the new partnership and to inquire into events, visit ppld.org.