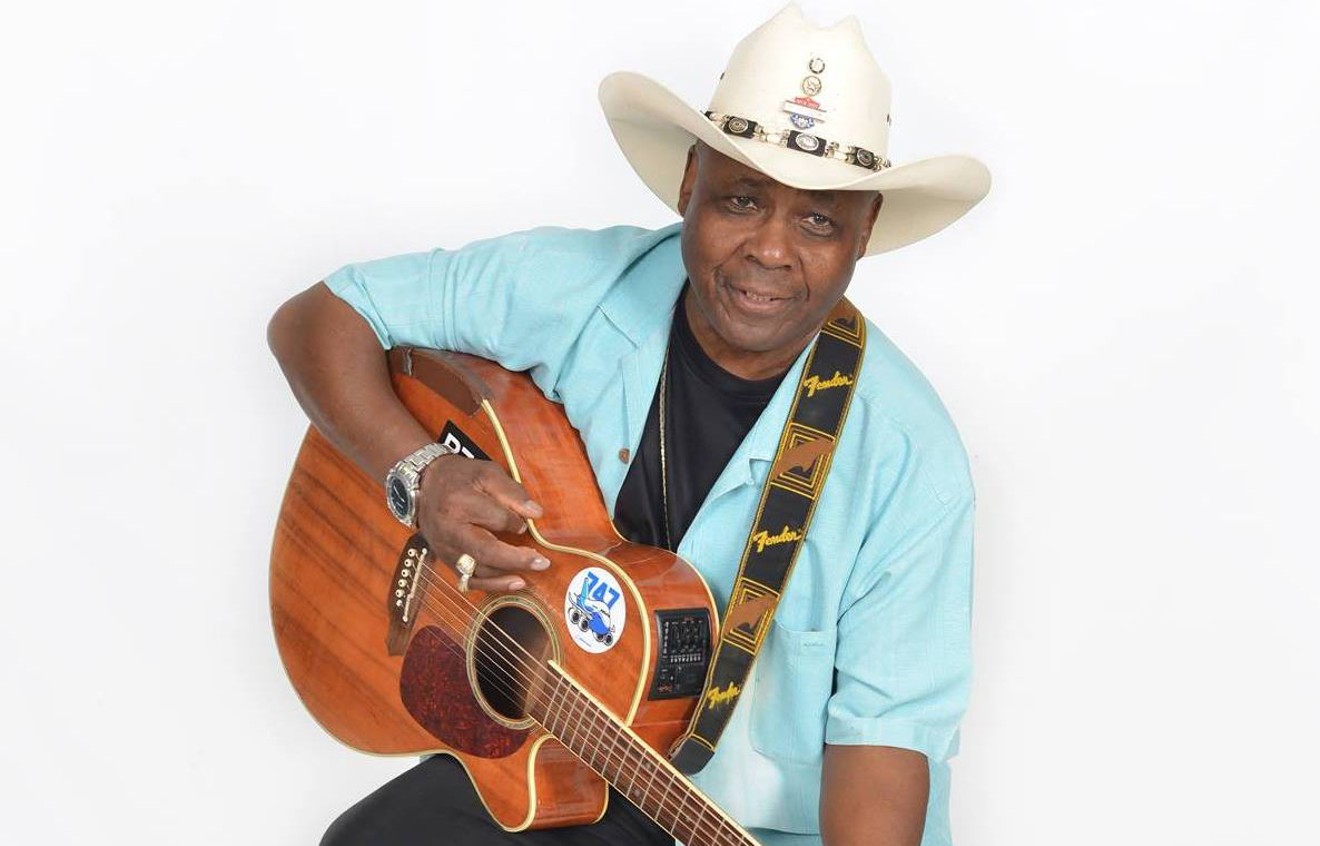 Rudy Grants plans to stop playing club dates after two nights at the Denver Stockyard Saloon on January 16 and 17. Facebook
After five decades of performing around the state and beyond, Colorado Country Music Hall of Famer Rudy Grant is retiring from playing venues with his band. He’ll still play solo shows at assisted-living facilities, nursing homes and hospitals, however.

Grant says the pandemic left a lot of bands strapped for cash, and part of the reason for retiring is to back off and let others have a chance at the gigs he might normally get.

Before hanging up his spurs, though, the 84-year-old Grant and his band, the Buffalo Riders, will play the Denver Stockyard Saloon on Sunday, January 16, and Monday, January 17, during the National Western Stock Show.

Grant grew up in the small city of Minden and the village of Bonita, both in Louisiana, where his love of country music began. When he was a kid, he and his father would sit on the porch at night among the mosquitoes and crickets and listen to a Texas station on a transistor radio, where he’d hear Johnny Cash and the Carter Family.

“The Carter Family would be singing, and I’d tell Dad, ‘They must be angels, because it sounds so pretty,'” Grant recalls. “That's how we grew up. That’s how the seed was planted.”

When he was fourteen, he moved to Colorado with his family, and in the late ’60s, he started work as an ophthalmic technician with the U.S. Department of Defense. In 1971, Grant, who played guitar, began jamming with a banjo-playing co-worker. That co-worker suggested that he go to the 4 Seasons nightclub — a popular spot on East Colfax Avenue until it burned down in 1986 — for one of its weekly jam sessions hosted by the Colorado Country Music Foundation.

It was his first time on stage, and Grant sat in with the house band and sang five songs. At the time, Grant says, Charley Pride, the first Black country music star, was at the peak of career.

“Charley Pride is what made it acceptable for me to play that first night at the jam session,” he notes. “Charley was the reason that I even got to play in a country club. Charley Pride opened doors that otherwise would never have been open.”

A few years before he played at the 4 Seasons, Grant got to meet Pride, who was in town for a gig at the Adams County Fairgrounds.

“We sat down and had a sobering conversation,” Grant says. “The man was so down to earth and just so country. He was just this simple man talking to a young man who was trying to find his way, because I idolized him, quite frankly.”

Grant thought about that conversation during his first time on stage, which is essentially when his singing career began. That night, Grant was asked to sing with a country act called the Oncoming Herd. He says he went from never being on stage before to fronting a band. A year later, he started his own band, and hasn’t missed a year of playing since.
In the early days, he and his band played country joints around town, including the 4 Seasons and Zanza Bar (also known as Z-Bar), as well as places in Wyoming, Kansas and Nebraska, where Grant played a particularly memorable gig. He remembers that he came out to a cheering crowd, but says that once the audience noticed he was Black, it went so quiet you could hear a mosquito flying.

“People said, ‘Where in the hell did he come from?’” Grant says.

He had to win the crowd over. He equated the experience to what former Denver Broncos quarterback John Elway did during "The Drive" in 1987 against the Cleveland Browns in the AFC Championship. With close to six minutes left in the game, Elway took the Broncos 98 yards to tie the game. The Broncos won the game by a field goal in overtime to advance to Super Bowl XXII.

“The band didn't know how to take that, of course,” Grant says. “I said, ‘Hey, fellas, let's hit it.' Our first song was ‘Fugitive,’ by Merle Haggard, and we never let up. Then we went into ‘Branded Man.’ About two minutes into the first song, everybody was cheering; it was like somebody lifted a cloud. After the show, the big rancher bought a lot of booze, and we all went down to the big rancher’s house and continued to party from that point.”

In addition to playing around the country and meeting stars like Waylon Jennings, Loretta Lynn and Bo Diddley along the way, Grant began gigging overseas in the early 2000s, playing in England and Scotland. He says he was the first country artist to play in Faro, Portugal, where the band played a few songs before he was flooded with a bunch of Charley Pride requests.

“Because of country music, I have met and shared joy with people both nationally and internationally,” Grant says. “And music has opened doors that I never would have gotten through otherwise. I've met people that I never could have imagined otherwise — wonderful people, really. People just feel country music, and with the people that I've met — there's a love affair that will never be broken. And the musicians that I played with have been awesome and just so wonderful.”

While Grant says he’s retired from playing club gigs locally after his Stockyard Saloon dates, he’ll be doing a special show at the God and Country Theatre in Branson, Missouri, in March. In addition to his two albums (Rudy Sang Hank and Destination Unknown), he plans to make an album with Mike McAdoo in Branson around the same time as his gig.

“That will probably be the last project I do,” he says.

Rudy Grant & the Buffalo Riders, 7 p.m. Sunday, January 16, and Monday, January 17, Denver Stockyard Saloon, 4710 National Western Drive.
KEEP WESTWORD FREE... Since we started Westword, it has been defined as the free, independent voice of Denver, and we'd like to keep it that way. With local media under siege, it's more important than ever for us to rally support behind funding our local journalism. You can help by participating in our "I Support" program, allowing us to keep offering readers access to our incisive coverage of local news, food and culture with no paywalls.
Make a one-time donation today for as little as $1.