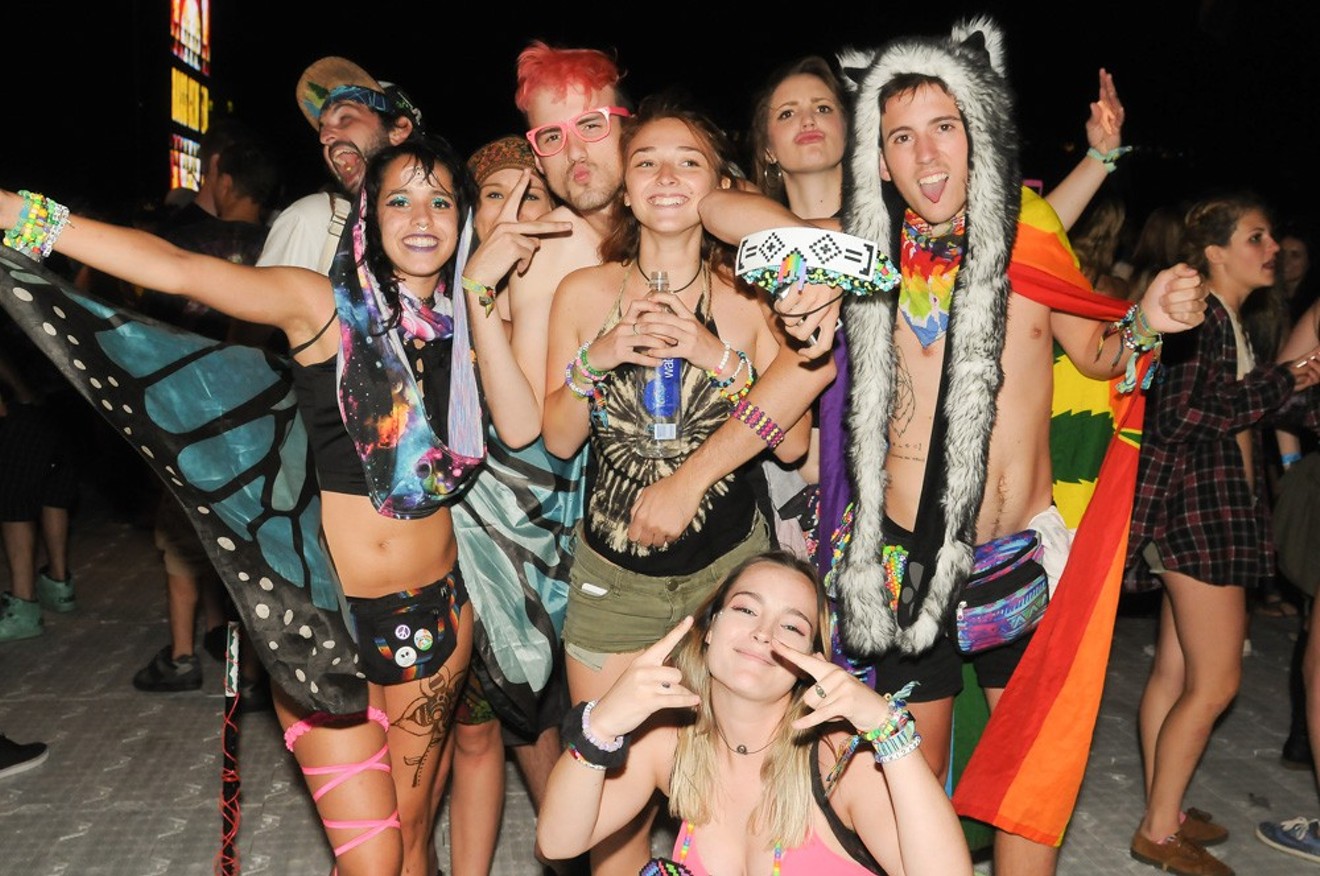 There's no excuse to skip the party this June. Miles Chrisinger
We may be weeks away from summer, but concert season is in full swing, the clubs are getting hotter, and Denver's EDM scene is exploding. This month, look to these nights to dance in the summer with some of the best the electronic-music world has to offer.

Borgore and fans at the Ogden Theatre.
Borgore
Foam Wonderland: Climax Tour
Borgore and Party Favor
Saturday, June 3
National Western Complex
Known for having more butts than an ashtray at his shows, Borgore will headline Foam Wonderland at the National Western Complex, where the crowd will party in suds. Soap will surely be in order. Borgore is known for captioning his Instagram pics with choice phrases like "The face ur dick makes when u put on a condom" and writing lyrics for his face-melting dubstep like "Good head is the only way to fix my anxiety."

Samantha Vogol sings to the beats of Marian Hill.
Marian Hill Facebook
Marian Hill
Saturday, June 3
Ogden Theatre
Marian Hill was one of the biggest breakout groups of 2016. The band spent a few years supporting artists and playing early slots at music festivals across the country. But since the outfit's smash hit "Down" was included in an Apple commercial, the act has stepped into the limelight. Marian Hill chops and loops vocal samples to build beats that are paired with Samantha Vogol's singing and sax playing to create an intoxicating blend of fresh dance music.

Miike Snow
Westword
Miike Snow
Tuesday, June 6
Black Sheep
After a three-year absence from touring and recording, Miike Snow is back with new material. While the group mostly produces electronic recordings, Miike Snow disdains using laptops during live sets. Instead, the act plays as a conventional band that includes a Swedish-constructed instrument dubbed "T=the Blob." Miike Snow will play the Black Sheep in Colorado Springs the night before it opens for Phoenix at Red Rocks (Wednesday,June 7).

Read on for more of Denver's best EDM nights.