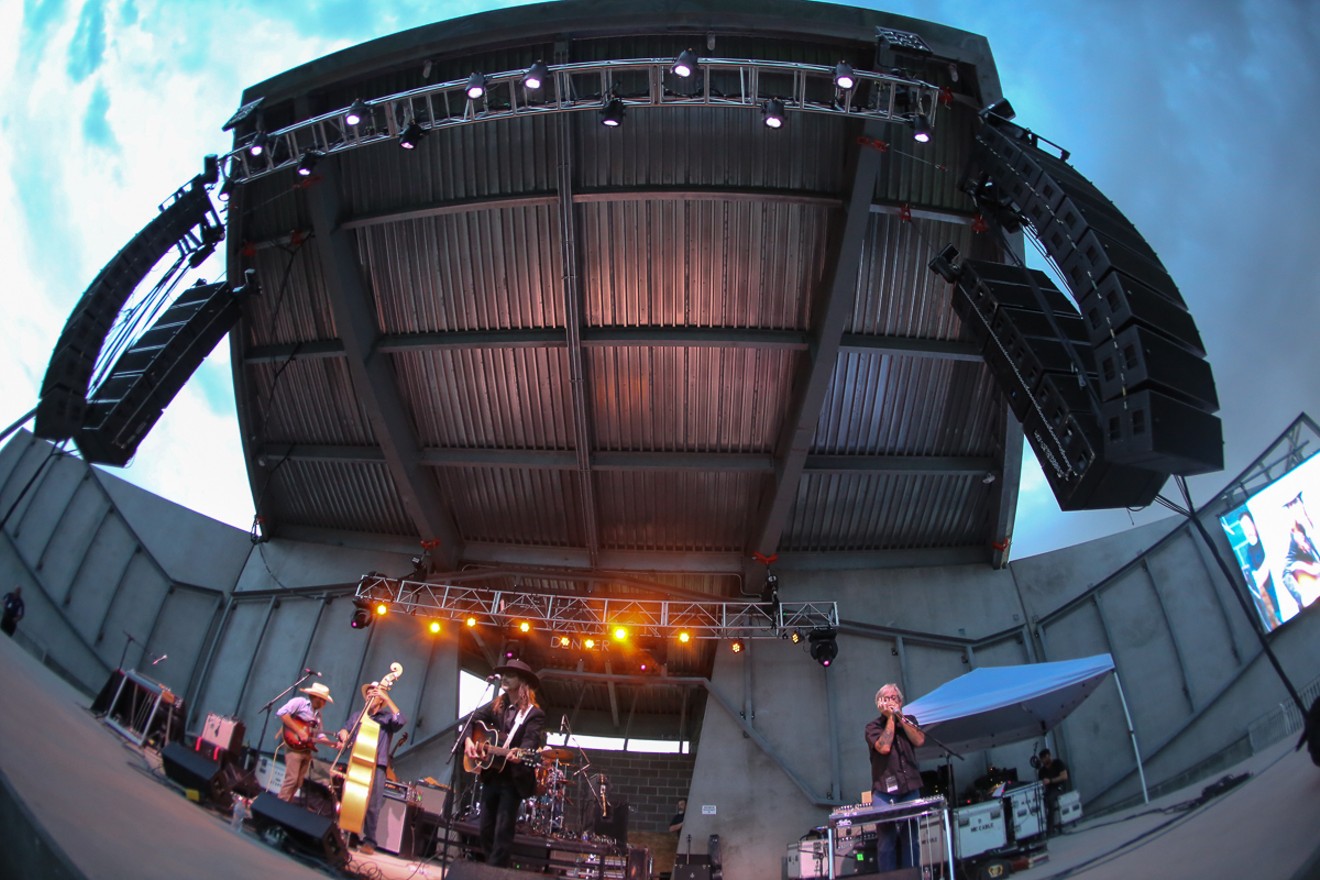 The Levitt Pavilion Brandon Marshall
The Levitt Pavilion, an outdoor concert venue that opened in Ruby Hill in 2017 and offers free concerts throughout the summer, experienced a break-in and theft this week. The organization announced the break-in via a Facebook post on Wednesday, noting that the incursion occurred sometime between 3:15 p.m. on Tuesday, July 10, and 9 a.m. on Wednesday, July 11.

Screenshot of the Facebook Post
A number of items were stolen from the property. While Levitt representatives declined to provide specifics when contacted by Westword Thursday morning, the Denver Police Department told us that at least one individual gained access to a garage and engaged in theft and criminal mischief.

The culprit — still at large and being pursued by DPD detectives — took a number of unspecified items from a storage unit, damaged a car and tried unsuccessfully to boost a couple of golf carts.

Fans of the organization expressed shock and dismay underneath the social-media post about the break-in.

Notes one man, "Why would someone do this? You offer a great space to the community! I hope they catch the morons!"
KEEP WESTWORD FREE... Since we started Westword, it has been defined as the free, independent voice of Denver, and we'd like to keep it that way. With local media under siege, it's more important than ever for us to rally support behind funding our local journalism. You can help by participating in our "I Support" program, allowing us to keep offering readers access to our incisive coverage of local news, food and culture with no paywalls.
Make a one-time donation today for as little as $1.