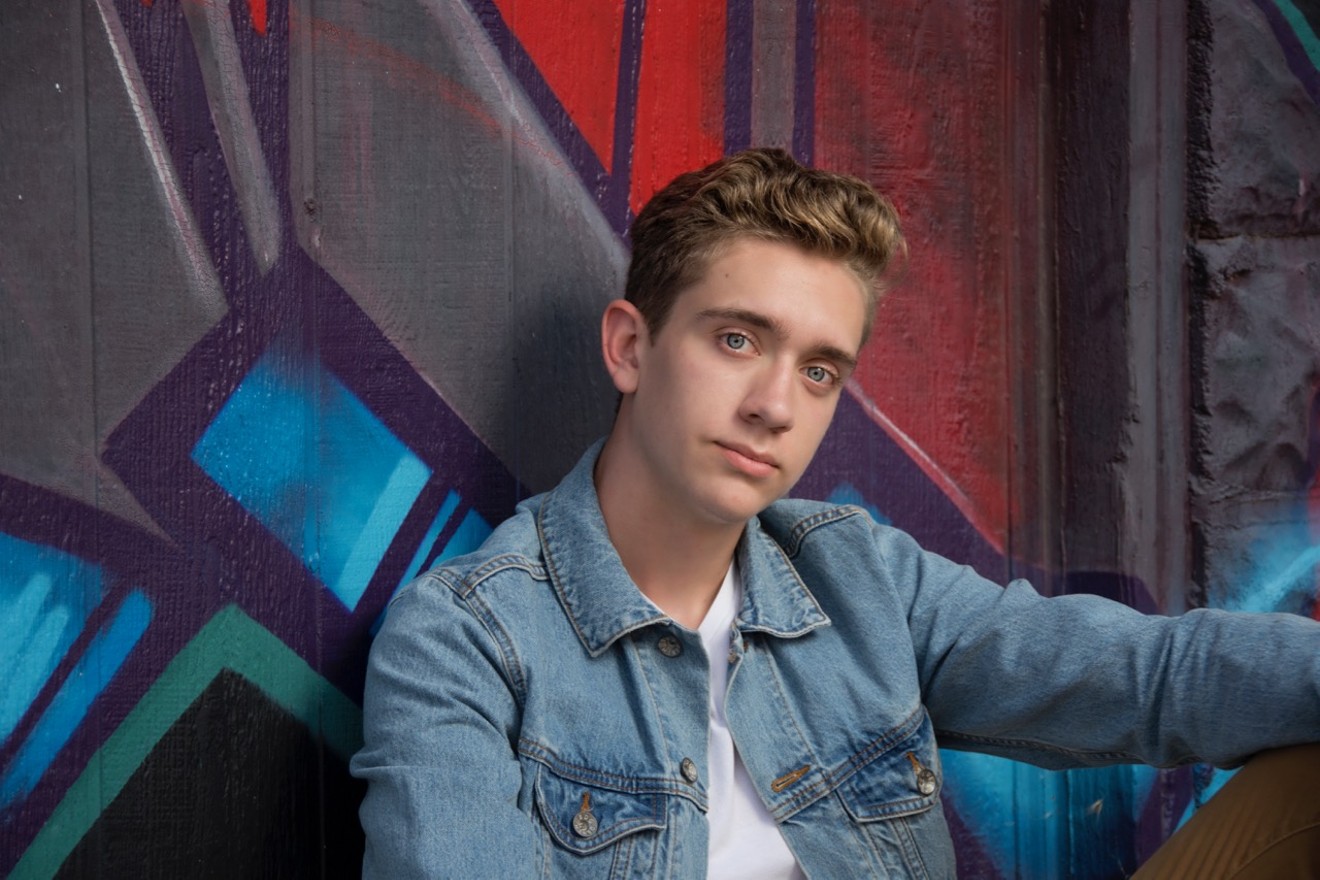 Jack Wavy released a killer summer jam in the middle of winter. Sondra Brown Photography
When Jackson Sanborn, aka Jack Wavy, was a freshman in high school, he struggled to stay engaged in class. So he improvised.

"We would be so bored that we would freestyle rap, cracking jokes with each other to stay entertained," he says.

His parents wanted him to learn to sing or play instruments, but he had no interest. His brother had introduced him to Eminem's music, and Wavy enjoyed rapping way more than playing traditional music.

"As the years went on, freestyling was just a party trick that I would do to entertain friends or maybe impress a girl," he says. "I never really knew I had something until early my junior year. I was with friends at a party, and I started freestyling to the beat. I had my head down in the zone, and when I looked up, the entire party had stopped, and everyone had their jaws on the floor. After that moment, I began to take it a little more seriously and started teaching myself to write songs, releasing singles with friends and alone."

Among his crew, "I was the worst and could barely rhyme two words," he confesses.

All that makes him an unlikely candidate to have released Denver's catchiest tune of the year (so far). "Scooby Snacks" is a sugary-sweet summer jam dropped in the dead of winter. Some folks will love how kitschy it is; others might throw up in their mouths. Either way, they'll have a hard time not singing along.

He dropped "Scooby Snacks," along with an EP of the same name, on New Year's Day.


Produced by Wavy's friend NZA, the song starts with a few bars of clanging piano that nod to the opening of Jay-Z's "Hard Knock Life." "Scooby Snacks" borrows some reggae beats and references Scooby Doo.

"Scooby Snacks" takes itself about as seriously as Wavy and his friends probably did back in art class — at least as far as the content goes. While he's still laid-back and rapping about a good time, his skills have developed and his collaboration with NZA paid off.

If you believe Wavy, he has no natural talent; it's all the product of hard work. That's a theme in his music, particularly on "J. Harder," the second song on his EP.

"The song 'J Harder,' a play on James Harden, is personally for me about having the grit and determination to work as hard as you can no matter what you’re facing," he says. "More generally it’s just about getting your work done and not taking no for an answer. I’ve been told it’s a great workout song."

The other songs on the album are a mixed bag, some underdeveloped, others nearly as catchy as the opening track. He has yet to play a live show in town (or anywhere else), though he's writing letters to venues, asking them to book him. Thus far, no bites.

Still, he persists, noting, "When I was little, I always wanted to be a famous rock star, but since God gave me the singing voice of a dying moose, this is the dream that I’m following."
KEEP WESTWORD FREE... Since we started Westword, it has been defined as the free, independent voice of Denver, and we'd like to keep it that way. With local media under siege, it's more important than ever for us to rally support behind funding our local journalism. You can help by participating in our "I Support" program, allowing us to keep offering readers access to our incisive coverage of local news, food and culture with no paywalls.
Make a one-time donation today for as little as $1.