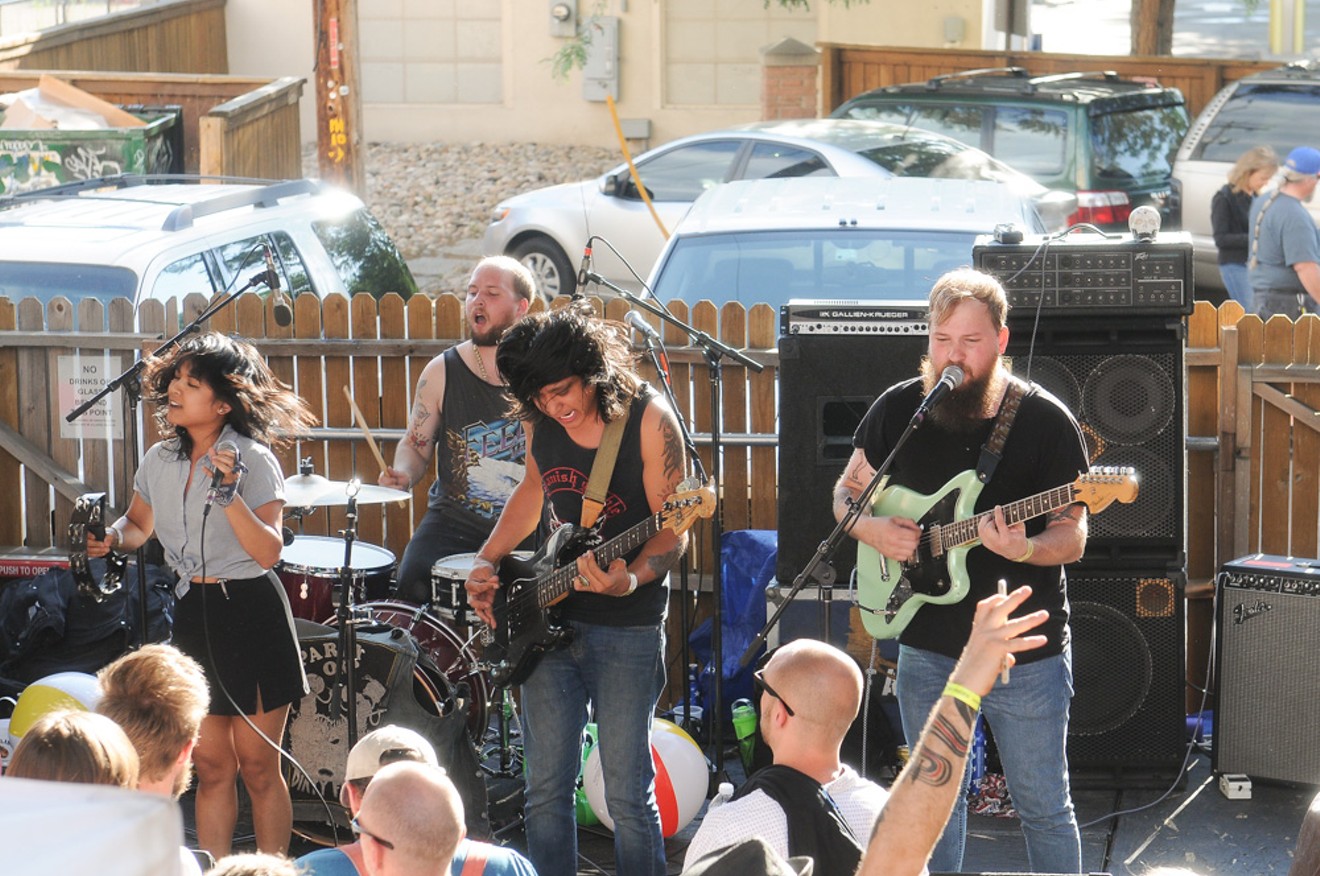 For Dirty Few, this marks the first round of new music since its singles Sinnin’ and Winnin’ and Cassingles came out in 2017, and it's the first longer release since 2015’s album Party or Don’t and the EP Set Em Free.

The new release, recorded at Volcom Studios in Costa Mesa, California, is more of the act's irresistibly catchy pop-punk power ballads, including anthems about not wanting to grow up [or throw up], bloody noses and getting high. The Denver-based distro, Snappy Little Numbers is putting out the project, which will be available on seven-inch vinyl and across major streaming platforms.

Since forming in 2012, Dirty Few has consistently played some of the greatest party songs coming out of Denver in recent memory. Folks unfamiliar with the band can rest assured it will be a fun time when twin brothers Seth and Spencer Stone, Kim Phat, Lisandro Gutierrez and Micah Morris take the stage.

"This is the first thing we've put out with our full band with all new songs that are really fresh," says drummer Seth Stone. "We're excited for people to hear our new take on rock and roll."


The new music video for single “Throw Up” shows bandmembers taking turns chugging PBRs — probably lukewarm — and whiskey from the bottle, only to throw it all up in the form of party glitter. If only that were how all binge drinking ended...

Along with Dirty Few and Wyldlife, the Born Readies, The Bad Engrish and DJ Ross Taylor Murphy will also be performing at Larimer Lounge.

It’s a Monday night, but sometimes Monday is the best time to party.

Dirty Few, with Wyldlife, The Born Readies, The Bad Engrish and DJ Ross Taylor Murphy, Monday, July 2, Larimer Lounge, 2721 Larimer Street.
KEEP WESTWORD FREE... Since we started Westword, it has been defined as the free, independent voice of Denver, and we'd like to keep it that way. With local media under siege, it's more important than ever for us to rally support behind funding our local journalism. You can help by participating in our "I Support" program, allowing us to keep offering readers access to our incisive coverage of local news, food and culture with no paywalls.
Make a one-time donation today for as little as $1.