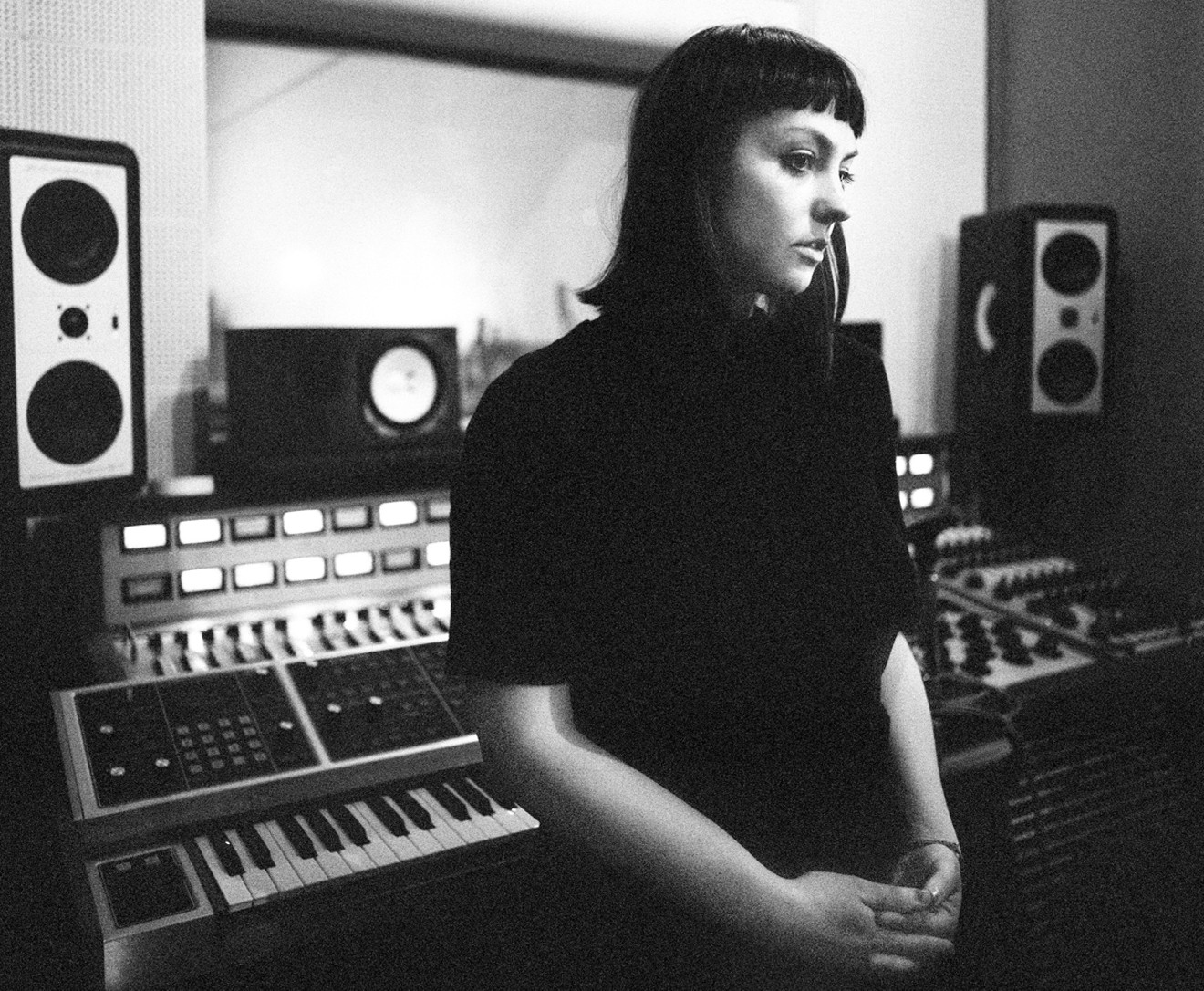 Angel Olsen plays the Gothic and Bluebird theaters this week. Amanda Marsalis
Angel Olsen wants you to know that the shiny silver wig she wears in her videos has no deep meaning.
It’s not a tribute to Bowie, an homage to her mother, a symbol indicating her involvement in some secret society or an obscure feminist statement. There is no hidden significance, period.

Still, she’s quick to address the wig and her frustration with people projecting meaning onto her costuming, videos and music. It’s easy to understand why people want to mine Olsen’s world for symbols and meanings: Her songs are personal and evocative, held intact by a soulful, swelling voice that would have won admirers in any decade. Her third and most recent album, My Woman, released last September, thrust her more lo-fi and folk-inspired sound into bluesier, harder indie-rock territory. The record’s centerpiece and second single, “Shut Up Kiss Me,” cast Olsen as a woman unafraid to ask for what (or whom) she wants.

So when Olsen put on the silver wig — first in an album teaser in which she sways gently along with the lulling synths of “Intern,” and then for the video — people were quick to assume it represented her transition to shinier production and more pop-oriented songwriting.

In reality, she wore the wig because she wanted to. Its symbolic potential didn’t even occur to her until afterward.

“It’s just me wearing a wig,” she says with a laugh from her home in the hipster enclave of Asheville, North Carolina. “Some of my audience who listen to earlier stuff might be upset about it, because to them it would be representative of this extreme change. But anybody could wear a wig no matter what kind of music they make.”

Still, the wig is not totally without significance: Olsen chose to wear it. That’s because she took full creative control over this album cycle; she makes more choices than most performers. She directed videos and determined the style and direction of the promotion. Her newfound creative control came as a relief to the singer-songwriter, who recoils at the idea of a “cool Brooklyn guy” hired by the label to manage her visuals.

The image Olsen has created for herself, as it manifests in videos, includes playful laps around a roller rink, costume jewelry, sunbaked deserts, muted color palettes and pensive driving montages.

Unsurprisingly, the wide spectrum of feeling in her videos mirrors the many moods of My Woman. The first side delivers one bluesy pop gem after another, bursting with agency, wit and strength. Then the raw guitar of “Not Gonna Kill You” crescendos in the song’s final moments, giving way to “Heart Shaped Face,” a gentle meditation on the relentless cycle of love and heartbreak.

From then on, My Woman is understated. The contemplative Olsen of 2014’s Burn Your Fire for No Witness, which evokes Fleetwood Mac, is more audible here but kept at bay by the continued presence of a stronger, self-assured force. The song “Woman” takes seven minutes to unfurl. Olsen sounds wholly alone within it, her clear voice floating atop a simple, steady bass line.

Raised in St. Louis, Olsen, now thirty, attended Tower Grove Christian Academy in between house shows and gigs at the now-closed Creepy Crawl. The city’s music scene, where she played in a teenage punk band called Goodfight, was small, experimental and abstract-noise-friendly. In those days, people were just starting to book shows online.

Goodfight was ultimately an amalgamation of the types of musicians its members enjoyed; Olsen counts Gwen Stefani among the group’s major influences. Eventually, uninspired by the size and scope of Goodfight’s future and the St. Louis scene, she left the band and the town.

Olsen moved to Chicago shortly thereafter, playing to a bigger and more diverse scene while working as a barista.

“People weren’t as stiff there,” she says. Then she catches herself. “I feel bad for shit-talking St. Louis; it’s a good town. But at the time, there wasn’t a lot going on, and I was ready to get out.”

As Olsen tells it, she was no overnight success in Chicago. She toured for several years as a backup singer for Bonnie “Prince” Billy and the Cairo Gang before venturing out with her own music.

Eight years (and counting) of near-constant touring has left her with an on-the-road mentality she can’t shake while at home. She’s several weeks removed from her spring tour when we talk, and she’s already feeling restless.

“When I’ve been home for a while, I’m like, ‘Okay, I either have to write something or I’ve got to get out of here.’ That’s where my mind goes,” she says. “I just went to the grocery store and cleaned my house and played some demos, and I feel like I’m doing nothing.”

What would she be doing if she quit playing music?

“I would probably edit films,” she says. “A lot of people get really frustrated editing or sitting behind a computer, but I love it. I could spend hours doing it. Hopefully I can develop that interest despite the fact that I’m playing music. It’s a slow process.”

Angel Olsen will play Thursday, February 9, at the Gothic Theatre and Friday, February 10, at the Bluebird Theater.

KEEP WESTWORD FREE... Since we started Westword, it has been defined as the free, independent voice of Denver, and we'd like to keep it that way. With local media under siege, it's more important than ever for us to rally support behind funding our local journalism. You can help by participating in our "I Support" program, allowing us to keep offering readers access to our incisive coverage of local news, food and culture with no paywalls.
Make a one-time donation today for as little as $1.
Elle Carroll is a writer and photographer based in Denver. She has written for Westword since 2016.
Contact: Elle Carroll
Follow:
Twitter: @itsellecarroll
Instagram: @mosh_spice