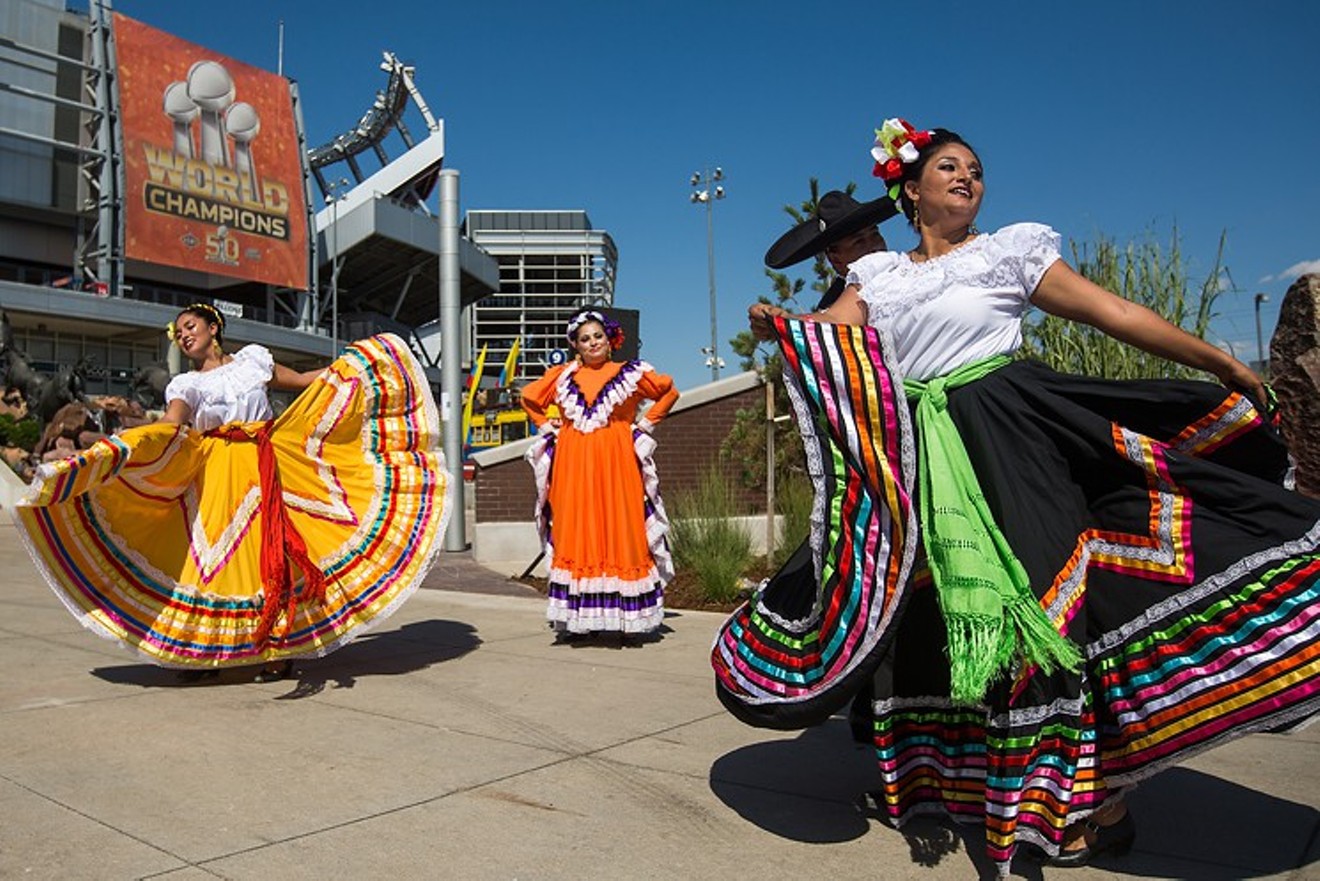 Mexican folk dancers at Tacolandia. Danielle Lirette
Cinco de Mayo is this week, and Denver knows how to party with a variety of events celebrating Mexican culture and heritage. Not to be mistaken with Mexican Independence Day, Cinco de Mayo is the commemoration of the Mexican army's victory over the French at the Battle of Puebla in 1862. Here is our list of celebrations highlighting Denver's vibrant Latin music scene.
Mono Verde Collective
Friday, May 5, 10 p.m.
Mezcal-Colfax
3230 East Colfax Avenue
Latin reggae locals Mono Verde Collective will be playing Mezcal-Colfax for its Cinco de Mayo party. The Collective takes the stage Friday night at 10 p.m.; the party and food and drink specials run all weekend long,
Los Lunaticos
Friday, May 5, 8 p.m.
Denver Open Media
700 Kalamath Street Latin Life Denver is collaborating with Denver Open Media for Los Lunaticos, who will be playing the Open Music Sessions. Local comedian Jose Macall opens the show. Food and drink are available, and the event is free and just a block from the Santa Fe First Friday art walk.
Freddy Rodriguez Sr. and Freddy Rodriguez Jr.
Friday, May 5, 7 p.m.
Dazzle Jazz
930 Lincoln Street
Legendary jazz local Freddy Rodriguez Sr. will take the stage at Dazzle Jazz. Freddy's son will join him on piano and vocals. The show starts at 7 p.m., and tickets are $10-$15.
La Era del Fenix and Cikatriz & Siveria
Friday, May 5, 8 p.m.
The Toad Tavern
5302 South Federal Boulevard, Littleton
Local Latin bands La Era del Fenix and Cikatriz & Siveria are playing for "Cinco de Drinko" at the Toad Tavern in Littleton. The show begins at 8 p.m., and tickets start at $6.

Read on for more of the best Cinco de Mayo concerts in Denver.