The Flaming Lips and Colorado Symphony Drop The Soft Bulletin 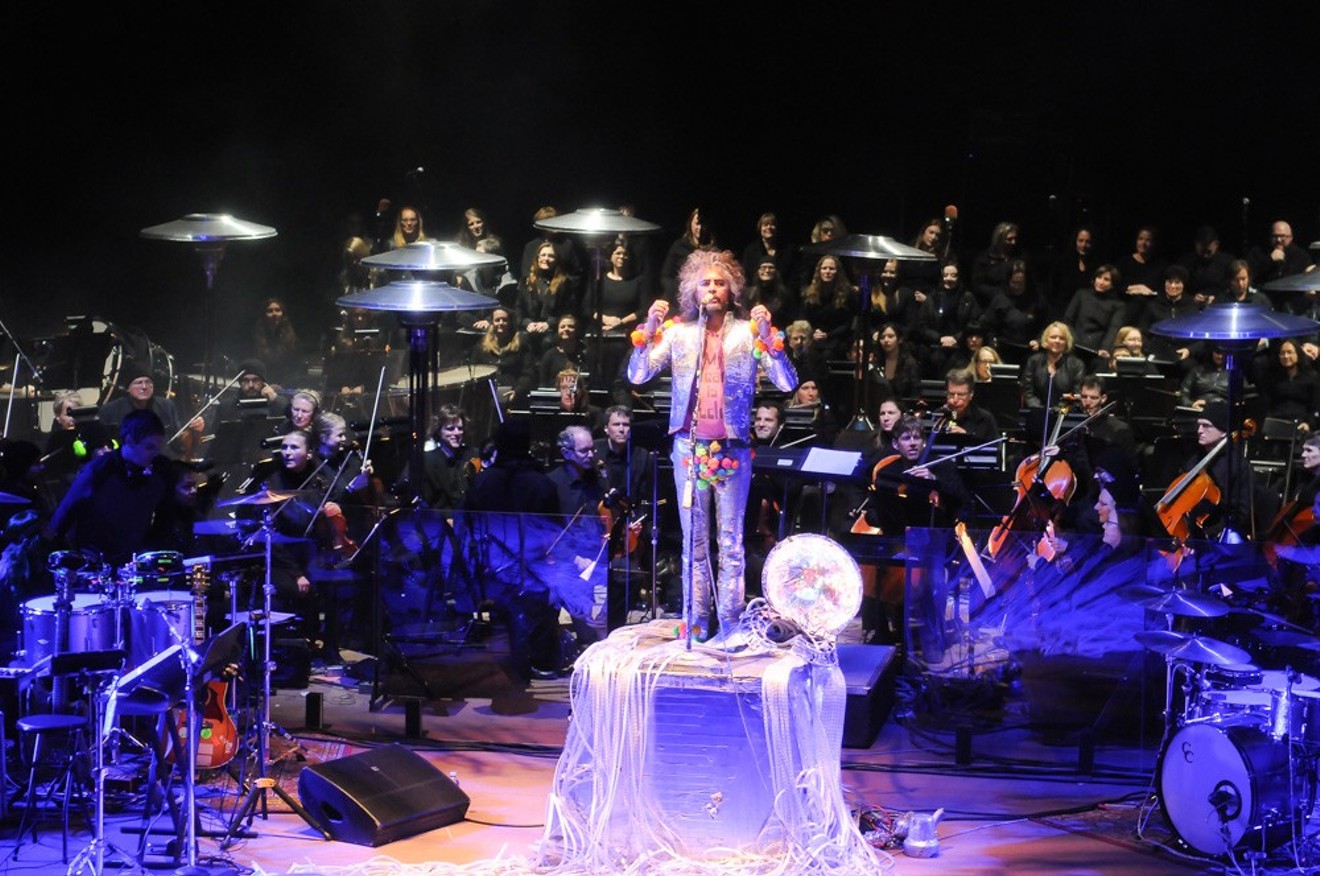 The Flamings Lips performed The Soft Bulletin with the Colorado Symphony at Red Rocks in 2016. A live album of the concert will be released in November. Miles Chrisinger
While it sounds like there's an orchestra on the original recording of the Flaming Lips' 1999 masterpiece The Soft Bulletin, the string sounds were actually recorded using synthesizers and samples. Nearly two decades later, in 2016, the band joined the Colorado Symphony to play the album live in its entirety at Red Rocks Amphitheatre. It was the first time the Lips performed The Soft Bulletin with an orchestra.

The band just announced Friday that the live recording of that concert will be released on November 29. It will be the Lips' first official live album. Album pre-orders begin Friday, October 18, and will include an instant download of "Race for the Prize" from the album that features the 69-piece Colorado Symphony and 56-person Colorado Symphony Chorus and was conducted by internationally celebrated conductor André de Ridder. That will be followed with a download of "The Spark That Bled" on November 15.

The last time we spoke with Lips frontman Wayne Coyne (before the band performed the album a second time with the Colorado Symphony last February), he said that longtime Lips producer Dave Fridmann was working on the recording of the 2016 Red Rocks concert.

“It was quite a mountain of work for him, because there’d be things that would be working well on one song, and then they would collapse and then not work at all,” Coyne said last February. “And that’s typical of big live recordings, you know, when you’ve got a lot of microphones on everything you’re trying to capture.

"It captures a lot of the intricacies of the group, the Colorado Symphony and the fifty-plus-person Colorado Symphony Chorus," he continues. "I think it really does make it insanely special, because you’re just not used to hearing a choir like this, where they’re so emotional and so crazy. We knew that was happening, because I’d seen some of that in rehearsal. But when you’re playing, you’re kind of involved in the little intricacies of your own sound or whatever. But hearing the recording later, I was impressed. Not just impressed with the Flaming Lips part of it, but the whole arrangement and the power of it.”

Check out our photos from the 2016 performance of The Soft Bulletin at Red Rocks here and get a behind-the-scenes look at the rehearsal for that show here.
KEEP WESTWORD FREE... Since we started Westword, it has been defined as the free, independent voice of Denver, and we'd like to keep it that way. With local media under siege, it's more important than ever for us to rally support behind funding our local journalism. You can help by participating in our "I Support" program, allowing us to keep offering readers access to our incisive coverage of local news, food and culture with no paywalls.
Make a one-time donation today for as little as $1.