Savage Bass Goat headlines the Glasss Records Stage at the Underground Music Showcase. Glasss Records
The Underground Music Showcase, which spotlights dozens of Denver musicians, will return to South Broadway from Friday, August 27, through Sunday, August 29. The weekend-long event, one of the highlights of the Denver music calendar each year, boasts a talented lineup of artists at independent venues along a strip of bars, tattoo parlors, mom-and-pop shops and, more recently, trendy restaurants and rising condos.

Founded by the Denver Post in 2001 and taken over by event-promotion company Two Parts in 2018, the UMS has grown through the years and earned its reputation as one of the city’s favorite music festivals.

But with growth comes pain.

The fest takes hits every year from people in various quadrants of the Denver underground music scene who gripe that the event is not underground enough. A few entrepreneurial rebels have even hosted competing anti-UMS events the same weekend to celebrate the city’s most subterranean artists. Meanwhile, many in the DIY scene, put off by any price tag over $5, just roll their eyes and look the other way. 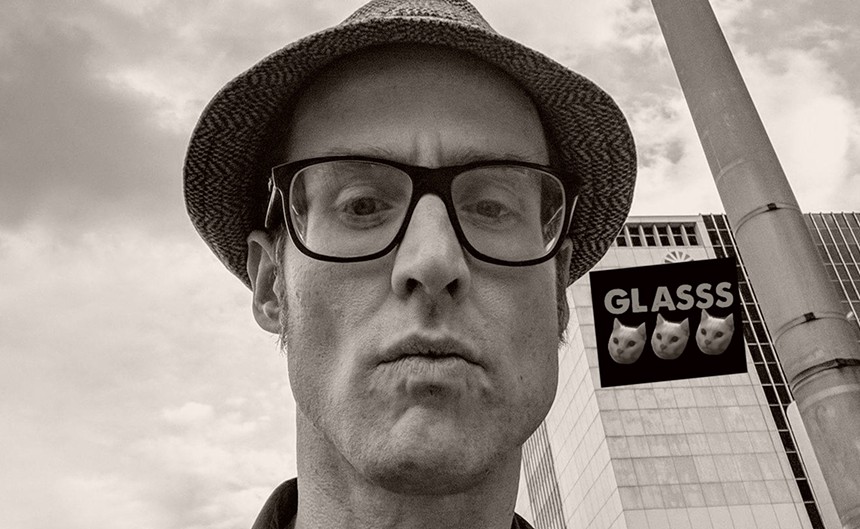 Vahco Before Horses is the head of Glasss Records.
Glasss Records
Vahco Before Horses, who has described himself as the Andy Warhol of the Denver underground and runs the avant-garde label Glasss Records, threw his own anti-UMS event on Kalamath Street four years ago, with three stages and sixty bands. While he had fun with the event, in 2021 he decided to team up with UMS rather than oppose it.


With help from Jim Norris at Mutiny Information Cafe, Duane Davis of legacy Capitol Hill record shop Wax Trax, and Brazilian label the Church of the Noisy Goat, Before Horses has booked his own Glasss Records stage at UMS — handling the talent-buying himself but working with the approval of UMS booker Kyle Hartman, the brains behind the artist promotion company Future Garden and booker at Lost Lake, Larimer Lounge, Globe Hall and this year’s Westword Music Showcase, which takes place in the RiNo Art district September 17 and 18.

“I got ahold of Kyle from UMS and said, ‘Hey, I’m going to go forward with this,’" recalls Before Horses, and Hartman got on board. "Now we have a pretty big team. We've got our own stage that’s going to be built outside of Mutiny. We’ve got banners, a street team, forty acts....

Morlox plays the Glasss Records stage at UMS.
Glasss Records
“Instead of arguing with the Underground Music Showcase and being like, ‘Oh, you're not underground' — you know, everybody's got their own way of booking — I just decided to bring forty of the most underground people to one place,” Before Horses explains. “And Mutiny Cafe is a great spot to do that.”

The cafe, which sells books, comics and records, is a home to many in the DIY scene, who are grateful that this community space has survived the onslaught of upscale development on Broadway while continuing to host all-ages shows and experimental performance events.

Yet many in the city don't know that Mutiny exists — and Before Horses is trying to change that.

“The underground is a lot deeper than I think Denver realizes. ... Denver has, like, some of the weirdest stuff I've ever seen in my life — and I'm from San Francisco, and I lived in New York for over a decade," says Before Horses, who's 48 and has spent decades in DIY arts spaces. "Denver still has the weirdest noise, fringe, fancy, crazy, weirdo artists here, but nobody would know it, because we constantly push the folky singer-songwriter guy with a cowboy hat.”

Many venues not only push the guy in the hat, but also alcohol sales, he explains, so that artists who don’t attract drinkers — instead appealing to underage fans, potheads and sober crowds — often don’t make sense for those clubs.

Hosting his UMS stage outside Mutiny, which slings coffee, provides the chance to shake up that paradigm. “I'd be way more happy with a hundred sixteen-year-olds who don't drink, and sell Gatorade, than I would with a hundred people who don't really care about the music and are so wasted they just bought five drinks at the bar.”

After UMS, Before Horses has more ambitious plans. He's organizing a tour for Glasss Records artists through Europe and prepping for his own winter festival at a major theater (he won’t say which one). “I work all day,” he says. “I don’t go to sleep. I probably sleep for a couple hours and am working with bookers in different time zones.”

His rewards for all of this labor don't translate to much in the way of cash. “People are like, ‘How much money do you make?’” he says. “Dude, I don’t make money off of this. I do it to hang out. To see everything that’s new — be a part of the art.”

Princess Dewclaw plays the Glasss Records stage at the Underground Music Showcase.
Devon Wycoff
His UMS stage, which he and the sponsors have paid for outside the Underground Music Showcase’s talent-buying budget, includes a wild mix of artists such as Savage Bass Goat, Princess Dewclaw, Abeasity Jones, RAREBYRD$, Babah Fly, Young Lurch, Stoney Bertz and Morlox. For people hoping to get a real taste of the underground, it will be the place to be on Saturday and Sunday.

While Do It Yourself has long been the motto of the underground, Before Horses leans more toward Do It Together. Thanks to Mutiny, Wax Trax and the UMS, that's been possible.

“It takes an army,” he says. “You can never do anything by yourself. You’ve got to work with as many people as you can and push it. And that's what I'm trying to do with this stage.”

The Underground Music Showcase runs August 27 through 29 on South Broadway. For information about tickets and the full schedule, go to undergroundmusicshowcase.com.

Correction: This story originally misstated the days the Glasss Records stage is up and running. The actual days are Saturday and Sunday. We regret the error.
KEEP WESTWORD FREE... Since we started Westword, it has been defined as the free, independent voice of Denver, and we'd like to keep it that way. With local media under siege, it's more important than ever for us to rally support behind funding our local journalism. You can help by participating in our "I Support" program, allowing us to keep offering readers access to our incisive coverage of local news, food and culture with no paywalls.
Make a one-time donation today for as little as $1.