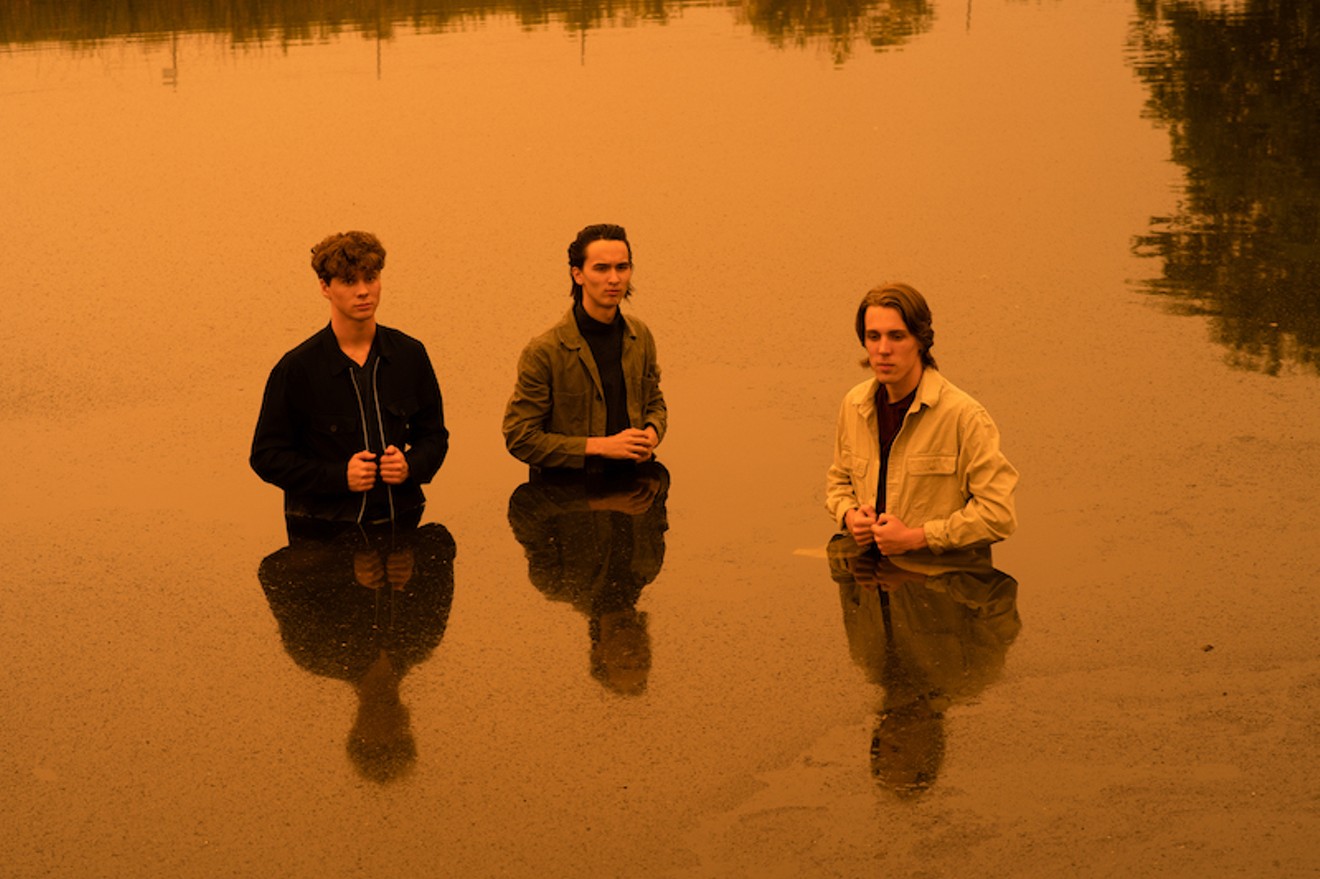 The family trio comprises brothers Tommy Maddocks and Mikey Maddocks and their cousin Charlie Maddocks; the three have made a name for themselves over the years, and recently partnered with Audio Network. The partnership will allow their music to be picked up commercially, a huge step that inspired Tommy and Charlie to drop out of Colorado State University to devote themselves completely to the band.

"Ever since we got the deal with the audio network, Charlie and I thought it would be best to focus," Tommy says.

During time at home during the pandemic, they wrote nine songs, and they're releasing a new track, "Walls," and an accompanying video in October. The video will be the band's first.

"We shot it at the Masonic temple in Fort Collins," says Charlie. "We rented out a coffin. We had extras, too, but we didn’t know how to incorporate them, so we had to incorporate masks into their costumes."

Tommy says the video has a brooding vibe, perfect for the Halloween season.

"I remember the day we came up with 'Walls,'" Charlie says. "Mike had this riff that we just liked to play in the basement. It was at the end of a practice. We wanted a bass-heavy song for Mike to play. Then I wrote the lyrics in the shower." Tommy Maddocks on drums at Taste of Fort Collins.
John McCarthy
"It’s gonna be a very busy schedule after like a year of waiting," Tommy says.

The last live show the bandmates played was on March 13, and like most musicians, they miss the craziness of playing for a crowd, connecting with their audience and sharing a stage. Charlie even misses the foul bathrooms at bars, littered with stickers and graffiti.

As much as they have tried to use live streams to keep up with their audiences during the pandemic, they also miss the experience of writing songs and getting feedback from fans.

"We recorded our first album back in June, a little over a year ago," Charlie says. "It’s nice to finally release new songs. It’s our first big project as a band."

After "Walls" comes out, the bandmates will release three more singles before their new album, Stay and Fight, drops. "It's kind of weird having to hold these songs for over a year," Charlie says. "We finally have been branching out in the last year. It’s kind of nostalgic, releasing all these songs. We wrote them in my basement, where we practiced for the last nine years."

"Charlie would have the original ideas and some of the chords. We would then proceed as a band to work out a drumbeat and a bass line for many hours, until we felt confident," Mikey explains.

In the few years since forming, the group has reached many of its goals. The members used to dream about the places they would play, but they've made it further than they even imagined.

"We have all these chalk writings on the wall of places we wanted to play," Charlie says. "It's like Avogadro's number and Illegal Pete's."

Luckily, the band has made it far beyond that.

New single "Walls" will be available on all music streaming platforms on October 16.
KEEP WESTWORD FREE... Since we started Westword, it has been defined as the free, independent voice of Denver, and we'd like to keep it that way. With local media under siege, it's more important than ever for us to rally support behind funding our local journalism. You can help by participating in our "I Support" program, allowing us to keep offering readers access to our incisive coverage of local news, food and culture with no paywalls.
Make a one-time donation today for as little as $1.