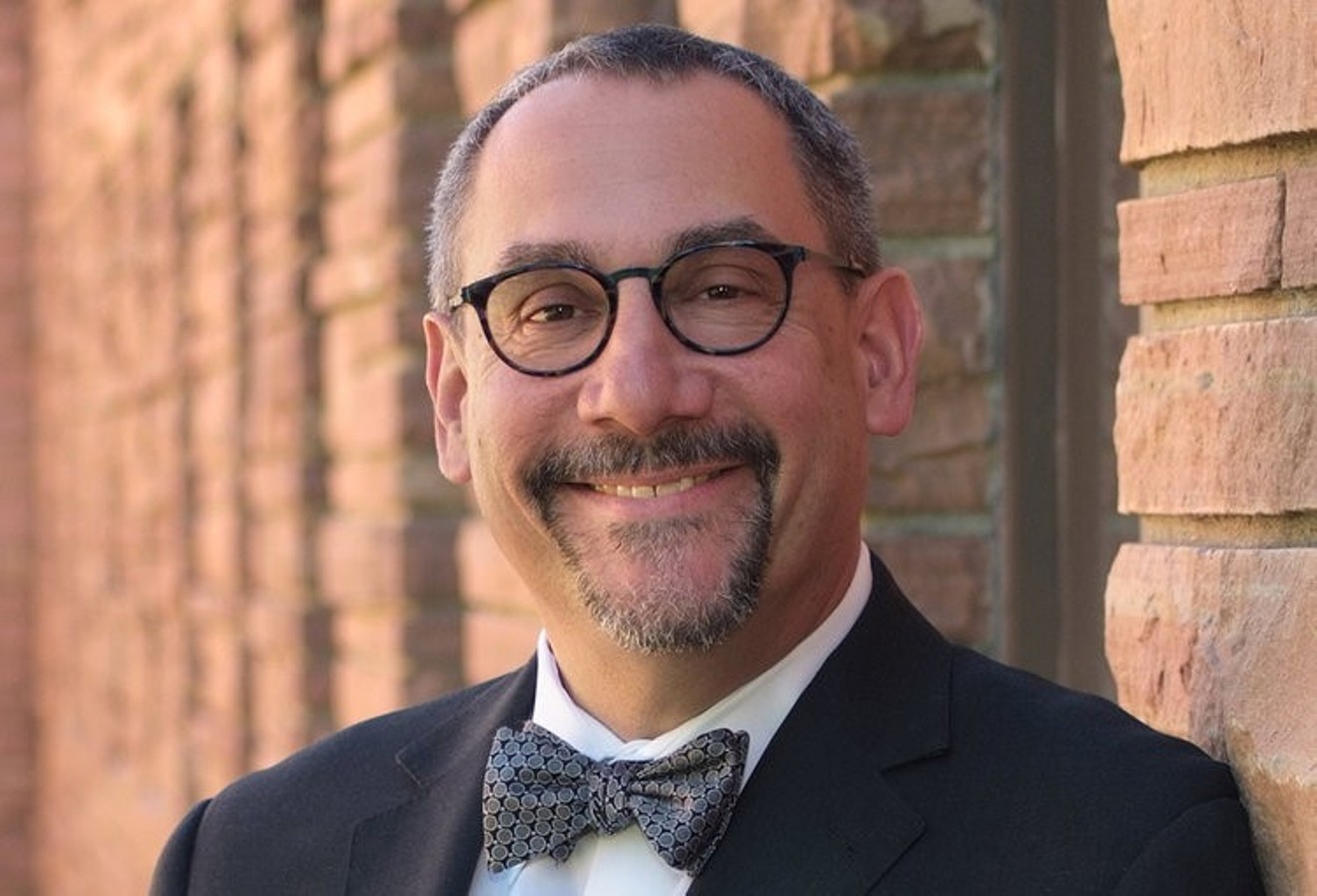 Rabbi Joe Black released two new albums in September. Courtesy Temple Emanuel
Rabbi Joe Black’s sermons at Denver's Temple Emanuel regularly include music. Ordained in 1987, Black has been the congregation's senior rabbi for the past thirteen years. But his first trip to Denver was as a musician twenty years ago, when he performed at Swallow Hill Music. He's a professional musician who has been releasing original tunes for the past forty years, and his art and faith often intersect, including on his latest releases — Praying With Our Feet and Wire and Wood.

“I am who I am. I’m a rabbi. I’m someone who’s spiritual. I’m grounded in text and tradition, so a lot of my music, either consciously or unconsciously, comes from my experience as a person of faith. But I’m also a songwriter. Over the past three or four years, I’ve really been focusing on the craft of songwriting,” Black says as he prepares for the High Holidays.

Released on September 1 after a successful Kickstarter campaign, the two albums are Black’s first official releases in eighteen years. He explains that Praying With Our Feet is geared more toward the Jewish community, while Wire and Wood is an Americana folk album that he says includes everything from “cry-in-your-beer country songs” to “rockers.” Proceeds from Praying With Our Feet will benefit Temple Emanuel, while a percentage of Wire and Wood profits will go to support Planned Parenthood of the Rockies, an organization that Black calls “essential.”

“I think we need to protect reproductive rights any way that we can,” he says.

But you don't have to be part of, or even familiar with, the Jewish faith to enjoy Black’s music.

“[Praying With Our Feet] certainly can be used in a variety of settings, both liturgically and others, whereas Wire and Wood, it’s more about me, as Joe Black the songwriter. ‘My Guitar Never Sounded So Good’ is a country rocker; it’s a fun song. But that song actually came at a time when I was touring a lot many years ago. I was actually playing at a synagogue, and I asked to borrow someone’s guitar. I plugged it in, and the person said, ‘Whoa, my guitar has never sounded so good.’ I thought that would be a great title for a country song. It wrote it in, like, two minutes,” he recalls.

That’s how most of Black’s song ideas come to him. For example, “Road Side Shrine,” from Wire and Wood, was inspired by a retreat in northern New Mexico decades ago.

“That’s a song I wrote maybe twenty years ago. … It was about an experience I had driving up to a retreat at a camp in northern New Mexico. I saw this roadside shrine. I pulled over to the side of the road, and I had this epiphany,” he says.

Some songs, like “My Father Has Hazel Eyes” (Wire and Wood) and “The Salty Taste of Tears” (Praying With Our Feet), are deeply personal, with Black reflecting on the lives of his father and mother, respectively.

“I put them on two different albums because ‘The Salty Taste of Tears’ is really about my mother as a refugee from Germany who fled in 1938 and barely got out. There’s a line — ‘She was a refugee with glass in her shoes’ — that refers to the Night of Broken Glass…November 9, 1938, which was the beginning of the Final Solution. She and her parents got out, but I have no other relatives on my mother’s side, because they were all killed in the Holocaust. That’s why I put that on the Jewish album,” he explains.

“My Father Has Hazel Eyes” is about his father suffering from dementia. “Both of [the songs] are very personal, and people have shared with me that they really hit home, because we all relate to the sense of loss and the sense of generativity and generational trauma that’s the human reality," Black says. "It’s not only about being Jewish. It’s about a child who lost their parents.”

The inspiration behind Praying With Our Feet is also something Black believes everyone can relate to. The title refers to Rabbi Abraham Joshua Heschel’s march with Dr. Martin Luther King in Selma, Alabama, in 1965.

While finding time to write and record new music has been a challenge given his current role and duties, Black’s passion for the art form is evident. He recently took songwriting classes through Planet Bluegrass in Lyons and is excited to perform his new material at a concert at Swallow Hill on November 19. This “gift” from God “has helped and enhanced my ability to connect with people on multiple levels,” he explains.

“I’ve always been pulled in multiple directions. When I was in college, I actually took a year off to see if I wanted to be a musician. … I made a conscious decision that it wasn’t the life I wanted to lead.

Rabbi Joe Black will be at Swallow Hill Music, 71 East Yale Avenue, on Saturday, November 19, with a full band and special guests. Praying With Our Feet and Wire and Wood are available on major streaming platforms.
KEEP WESTWORD FREE... Since we started Westword, it has been defined as the free, independent voice of Denver, and we'd like to keep it that way. With local media under siege, it's more important than ever for us to rally support behind funding our local journalism. You can help by participating in our "I Support" program, allowing us to keep offering readers access to our incisive coverage of local news, food and culture with no paywalls.
Make a one-time donation today for as little as $1.