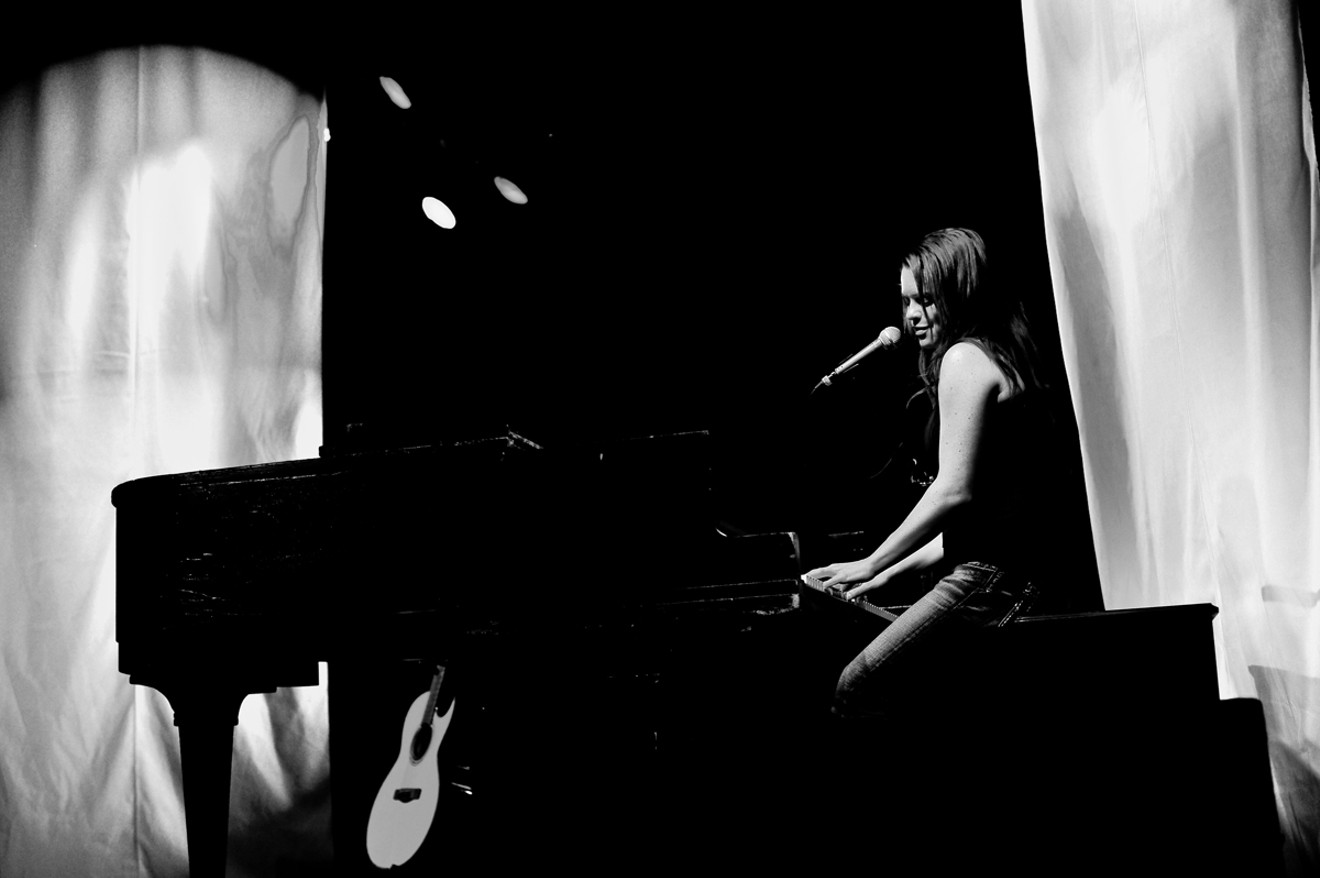 Billy Counterman stalked singer-songwriter Coles Whalen for more than half her career. Courtesy of the Artist
Singer-songwriter Coles Whalen never thought she would be stalked for six years by a man she’d never met. Neither did she picture herself sitting on a witness stand, bullied by the stalker’s attorney, trying to convince a jury that her well-documented experience wasn’t fiction. Nor did she imagine wanting someone to be in prison.

But that’s exactly what happened, and now, Billy Counterman, the 55-year-old man who nearly destroyed Whalen’s career, is in prison. She’s moving on, wondering why she didn’t report him to the police sooner and whether other women in the music scene have silently faced similar abuse.

Counterman sent his first message to Whalen in 2010. He claimed to be a Denver promoter and asked her to play a benefit show. She replied, and when he wrote back, she recalls, his bizarre message set off an alarm for her, so she ignored it.

When Counterman proceeded to send her “a two-to-three-month torrent of rambling, weird messages” on Facebook, she and her bandmates decided it would be best to ignore them as well, she says. “We really thought he was an alcoholic, in his basement, writing messages.”

A few months later, he sent thousands of Facebook messages over several days. She blocked him multiple times, but he would create new profiles and reconnect with her.

His messages to Whalen spanned from the mundane to the perplexing to the threatening to the demented; they chronicled the ups and downs of a torrid, dysfunctional relationship between him and Whalen that happened entirely in his imagination. A detective who investigated the case estimates that Counterman sent more than a million messages over the years, Whalen says.

And: “knock. knock. Five years on FB, I miss you, only a couple physical sightings, you’ve been a picker upper for me more times than I can count. Ok….nah. Ssssseeeeeemmmmms like, I am being talked about more than I’m being talked to. This isn’t healthy…”

And: “Difficult...Say Something. Friend are you? You have my number. Say. I am not ignoring you. That was opt. You’re not being good for human relations. Die, don’t need you….”

And: “So, of [sic] I’ve offended you, please accept my apologies. FYI. I didn’t ask for this life. Coles It would be a productive feature of you to come out with your real personality. Just sayin Sarcastic Bad Bitches is only one side. Generalized personality is what I can handle. Still can’t talk straight on. Closet. Why? NO words can explain how I feel. And not even to have 28 different pages could cover it So there...Smoke that.”

Amid rambles, he invited her to coffee, offered her homegrown tomatoes and made request after request to connect and talk, notes that she never answered, hoping he would go away. He spoke of his loneliness, of depression, and threatened to kill himself.

Occasionally he would drop details about her life, mentioning the color of her car, saying he spied on her at the library or while she was out with her mother. She was almost certain the details were guesses he was making based on her handful of personal Facebook posts, but she still wondered if he was following her around when she left the house to go to the store, meet up with a friend or go on a date.

Because he claimed to have seen her perform, she became especially afraid of playing live — a major impediment for the professional musician, who had long supported herself by touring. 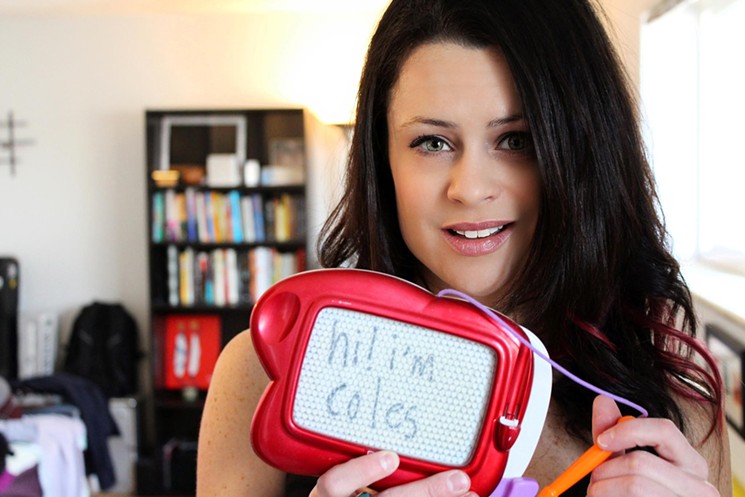 Coles Whalen
Courtesy of the Artist
Whalen has lived in Colorado since she was a young child. She first went on the road as a musician with the Colorado Children’s Chorale from 1990 to 1993. In 1997, when she was seventeen, she moved to Los Angeles, where she formed a rock band and studied at the University of Southern California. After graduating in 2002, she packed her bags and moved into a camper truck with her boyfriend. They traveled the country for roughly four years, and she earned a living with her music the entire time.

In 2007, she secured a record deal with Borders, the now-defunct bookstore chain, and she would perform, sometimes three times a day, seven days a week, in Borders coffee shops or on makeshift stages in the stores.
That same year, she started to second-guess the traveling life. “I realized I was going to be homeless if I didn’t change something,” she says, so she moved to Nashville, where she honed her chops as a singer-songwriter when she wasn’t on the road.

During her years touring, Whalen diligently built an email list and a social-media following so that she could promote her shows when she arrived in a new city. She started with the handful of people who saw her in coffee shops and eventually had as many as 200 people show up to watch her play.

She still toured some, and it was on one of those jaunts back to Denver in 2010 that Counterman, who lived in the area, saw her perform at Denver PrideFest and contacted her.

Back in Nashville, the careerist songwriting community was exhausting her. “I was 100 percent uninspired by whatever was happening in the underbelly of that town. I became dollar signs,” she says. So in 2012, she moved back home to Denver, where she formed a backing band of strong musicians who respected her vision. The messages from Counterman never stopped.

Still, Denver proved to be an ideal place to live, allowing her to stay far from the cutthroat songwriting industry in Nashville and giving her a convenient base from which to travel to the coasts.

But Counterman’s messages increasingly troubled her. By 2014, his aggression had escalated and he was sprinkling in more personal details from her life, giving her the sense that she was being followed.

“She was too frightened to book shows because it meant we had to post online where we would be and at what time,” says Whalen’s bassist and friend Kim O’Hara. “We did not know what Bill Counterman looked like — he could be anyone at any show. Coles became afraid to talk to people; she was anxious, unhappy, and constantly checking in with security. Playing a show was clearly more stressful than joyful.”

At times she considered taking down her Facebook account altogether, but to do so would mean losing her connection to a fan base that had taken years to build and sabotaging her touring career.

In November 2015, Whalen went to her attorneys, who were also her relatives, for advice. At first they advised her to ignore him. When it was clear that ignoring him wouldn’t work and that Counterman’s messages had frightened Whalen to the point that she was afraid to perform in public, her attorneys weighed reporting him to the police.

They discovered that he had been arrested in 2002 and again in 2011 for threatening to harm women and saying things like, “I’ll put your head on a fuckin sidewalk and bash it in,” and “I will rip your throat out on sight,” according to attorney Katy Miller.

“Coles was in total shock when we told her about Counterman’s background,” Miller wrote in a court document. “She knew intuitively that calling the police would mean she would have to confront this man who has been tormenting her for years, and who unbeknownst to Coles had a long and deeply troubling history of violent, threatening communications and bizarre behavior. At the time she didn’t even know what he looked like, and thus didn’t know if he was speaking to her or touching her at a performance.”

Police arrested Counterman for harassment at his home in Denver in April 2016 based on Whalen’s complaint, and the state’s attorneys aimed to slap him with federal stalking charges but could not do so without Whalen agreeing to testify. She did, reluctantly, knowing that she would be forced to be in the same room with the man who had nearly destroyed her. 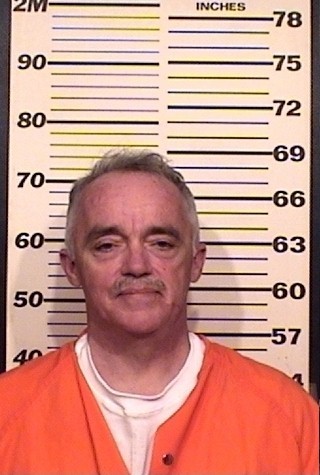 Billy Counterman stalked Coles Whalen for more than half her career.
Colorado Department of Corrections
After his arrest, Counterman was released while awaiting trial, and throughout that period he did not contact her; nonetheless, she was terrified to perform at shows and would hand photos of him to bookers and bouncers, asking that they keep an eye out for him. She was pleasantly surprised to find that venues like the Walnut Room would accommodate her requests, agreeing to look out for him and kick him out if he showed up.

Prior to the trial, Counterman’s attorney contacted show promoters and bookers Whalen had worked with, as well as friends, family and even an estranged ex-boyfriend, looking for dirt to dig up on her to prove that she was dishonest, melodramatic or unhinged. They found nothing, but once again, her life had been invaded by strangers, all because of Counterman.

The trial itself was painful. Sitting on the witness stand, Whalen was roughly six feet from Counterman. He opted not to speak in his own defense in court, and was ultimately convicted of stalking. When it came time for sentencing, Whalen asked the judge to dole out the longest prison term possible. He agreed.
Counterman is scheduled to be released on October 3, 2021, but is eligible for parole in July 2019. Whalen plans to ask the court that he serve his maximum sentence.

As a performer, she says she’s used to being around men who feel entitled to approach her, without introduction, after her performances and try to hug her or flirt with her. Being accessible to her fans was always part of her strategy, and while she had two other incidents with men at shows who violated her boundaries (both of whom backed off when she told them to), she was generally open to her fans’ praise and admiration.

“You try so hard to be likable,” she says. But putting her fans’ needs and desires ahead of her own is a thing of the past. She has established strict boundaries and no longer allows audience members to touch her or flirt with her, and she has quit drinking with them after shows. She’s quick to stop someone who violates her limits and hopes other musicians take her lead, reporting people who harass, abuse, stalk and assault.

Says Whalen: “For me, I’m not willing to compromise these boundaries for one more fan.”