Reader: Look at This Photo. Do Women Have Equality in Colorado? 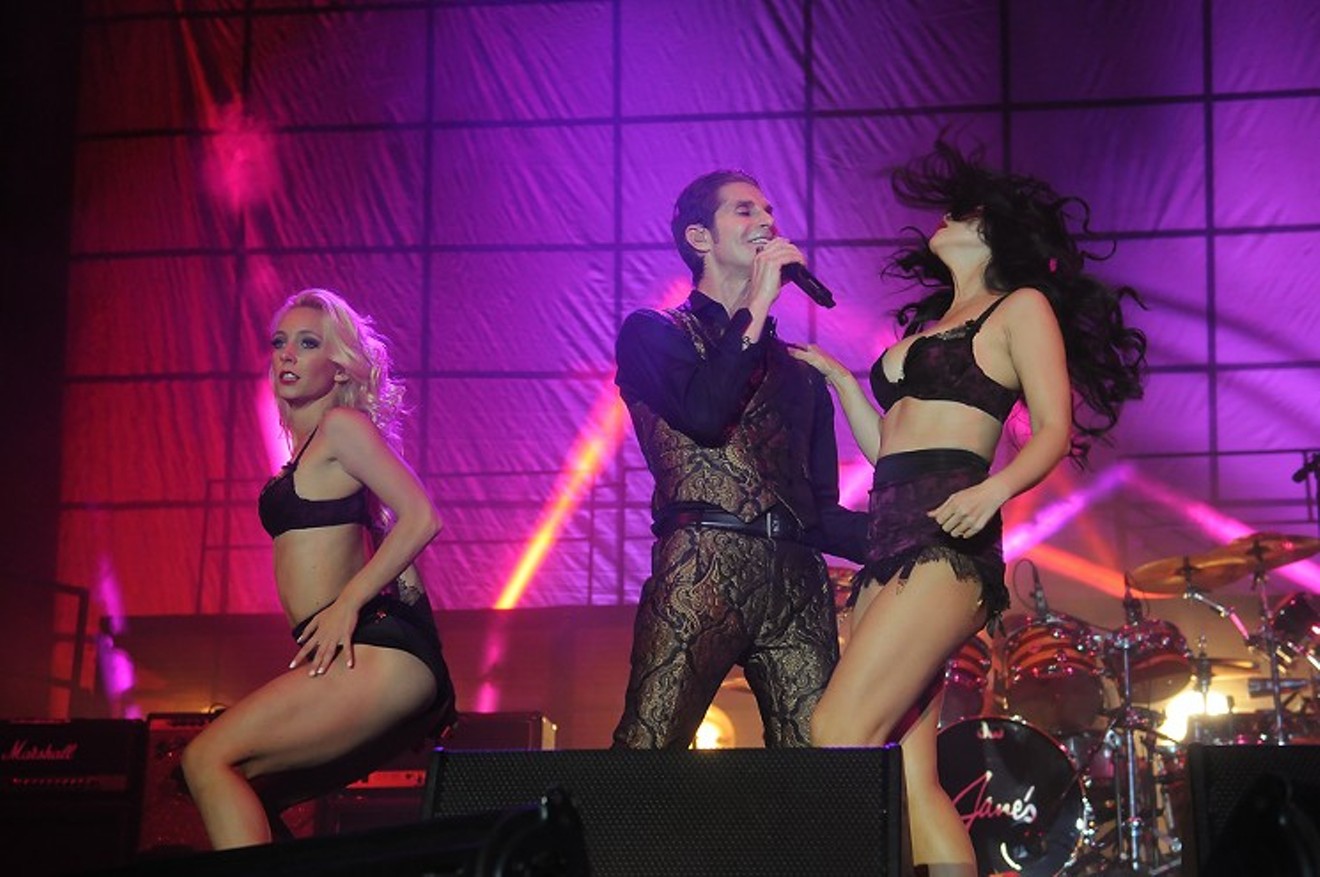 Miles Chrisinger
"Do women have equality in Colorado?"

Readers debated that question on Facebook after Westword included a photo of Jane's Addiction's Perry Farrell singing at Riot Fest 2016, accompanied by two barely clad dancing women. The conversation covers an array of topics, from the ethics of sex work and exhibitionism to sex as a marketing strategy and whether men even have the right to raise feminist concerns.


So in the picture, the guy gets to wear clothing and the girls get bras and panties. Do women have equality in Colorado? I'm guessing no by this picture.


Chill out white knight. No one is forcing them to work a job making more than you make Facebook commenting.


Pretty women helps sell a sh!t product. It's disgusting and true. Why do women show off cleavage? If I started showing off my balls tomorrow, I'd be in jail...but equality and all that, you know. But don't look!! If you look at the boobs, you are a misogynist and a disgusting person.


What is money and the measure of wealth? But a life that is very much the same as any other person. Paying people to run around in their underwear is exploitation. It's taking advantage of the desperate who are just trying to survive in a world that is full of sinners. A show is temporary and comes and goes. It's not a job – especially if it's based on appearances. For as time moves on, all things that were new become old. Exploitation is an employer that has work today but cares not about your future.

Read on for more coverage of sexuality in the Denver music scene.