Joe Hertler Grew Up Listening to Detroit EDM. It Found Its Way Into His Music 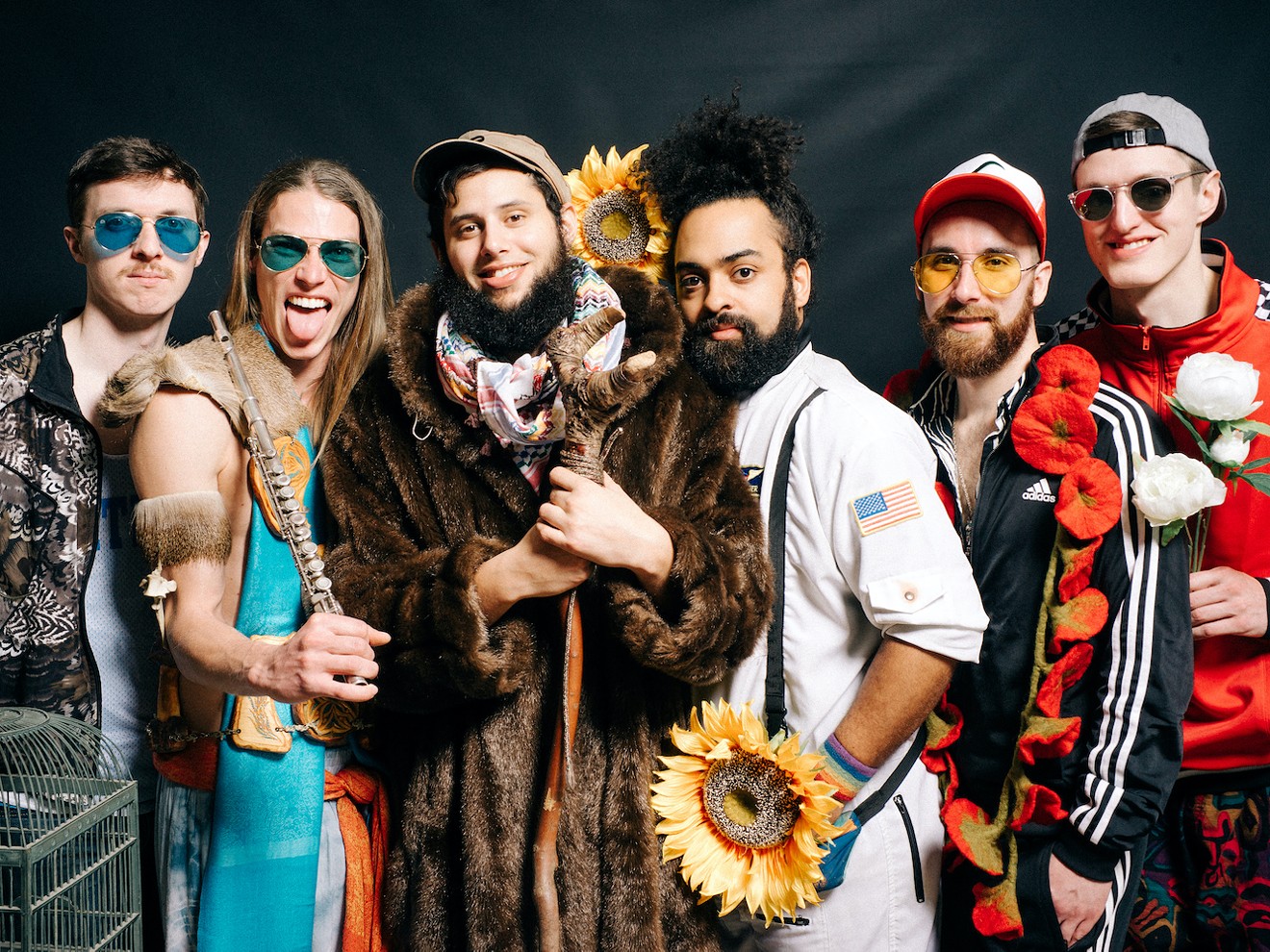 “Sonically, I’ve always been a big dance-music fan,” Hertler says, adding that he spent much of his youth attending raves and dance parties in Detroit. He grew up in nearby Lake Orion and often traveled to the city to take in the music, and even made his own just for fun.

“I’ve always kind of made house music, kind of secret stuff that I keep to myself,” he says. “I’ve never released anything, but that’s how I learned to produce music a long time ago. I was always making dance music.”

Detroit is probably, and perhaps unfairly, better known for its rock artists and Motown Records, but the city has a long-running EDM scene and even its own genre attached to it: Detroit techno.

According to a National Public Radio story, techno music, though usually associated with Europeans, is actually from the Motor City. Black kids with drum machines, ideas about futurism and a lot of Kraftwerk records invented the genre in the 1980s.

“Dance music is like metal,” Hertler says. “There are 5,000 subgenres, and it’s often geographically unique. One of the things I like about dance music is that it’s relatively new, and you can see how quickly it changes. It’s constantly evolving. Normal music moves a little slower.”

He adds that dance music reminds him of the peppered moth, an insect whose coloring changed over just a few years because of air pollution at the beginning of the Industrial Revolution.

“You kind of see that with dance music,” he says. “It moves so quickly that you are constantly able to see the evolution. Dance music made three years ago compared to what’s being made now will feel archaic. Of course, there is always an ebb and flow with it — classic sounds will come back.”

Hertler says the band is working on new music and has incorporated his love of dance music into the tracks in a more noticeable way than in years past. The band has spent time in Nashville recently, but the songs, which will be released later this year as three EPs, came into being at his home studio. He’s not calling it an EDM record by any stretch, but a lot of the energy of the genre has made its way onto the record, including some sounds from Roland, a Japanese company famous for drum machines and synthesizers.

“There’s an energy to the grooves that’s different from what we’ve done in the past,” he says. "Combined with my style of songwriting, it’s very atmospheric and just a shiny or more polished record overall.”

He adds that incorporating dance-music sensibilities into the Rainbow Seekers works because the band is high-energy to begin with.

“It’s the structuring of dance music and the trading of energy from one section to another,” he says. “I apply some of those concepts to how we go about making music. It’s been great learning the stuff live, because the songs are a little longer. There are more fills, more drops — a lot more room for us to jam on stuff.”

Don’t expect any overt house music or techno records from Hertler anytime soon, however. He’s keeping it to himself for now.

“Making music is always about sharing feelings,” he says. “You have an idea or you feel a certain way. Lyrically, I can express that. I’ve never gotten that drive to share dance music with people. … If I ever start releasing dance music, I’d have to figure out how to say something more with it.”

Joe Hertler & the Rainbow Seekers, 8 p.m. Wednesday, January 12, at the Larimer Lounge, 2721 Larimer Stree; tickets are $18.50. For more information, visit joehertler.com.
KEEP WESTWORD FREE... Since we started Westword, it has been defined as the free, independent voice of Denver, and we'd like to keep it that way. With local media under siege, it's more important than ever for us to rally support behind funding our local journalism. You can help by participating in our "I Support" program, allowing us to keep offering readers access to our incisive coverage of local news, food and culture with no paywalls.
Make a one-time donation today for as little as $1.