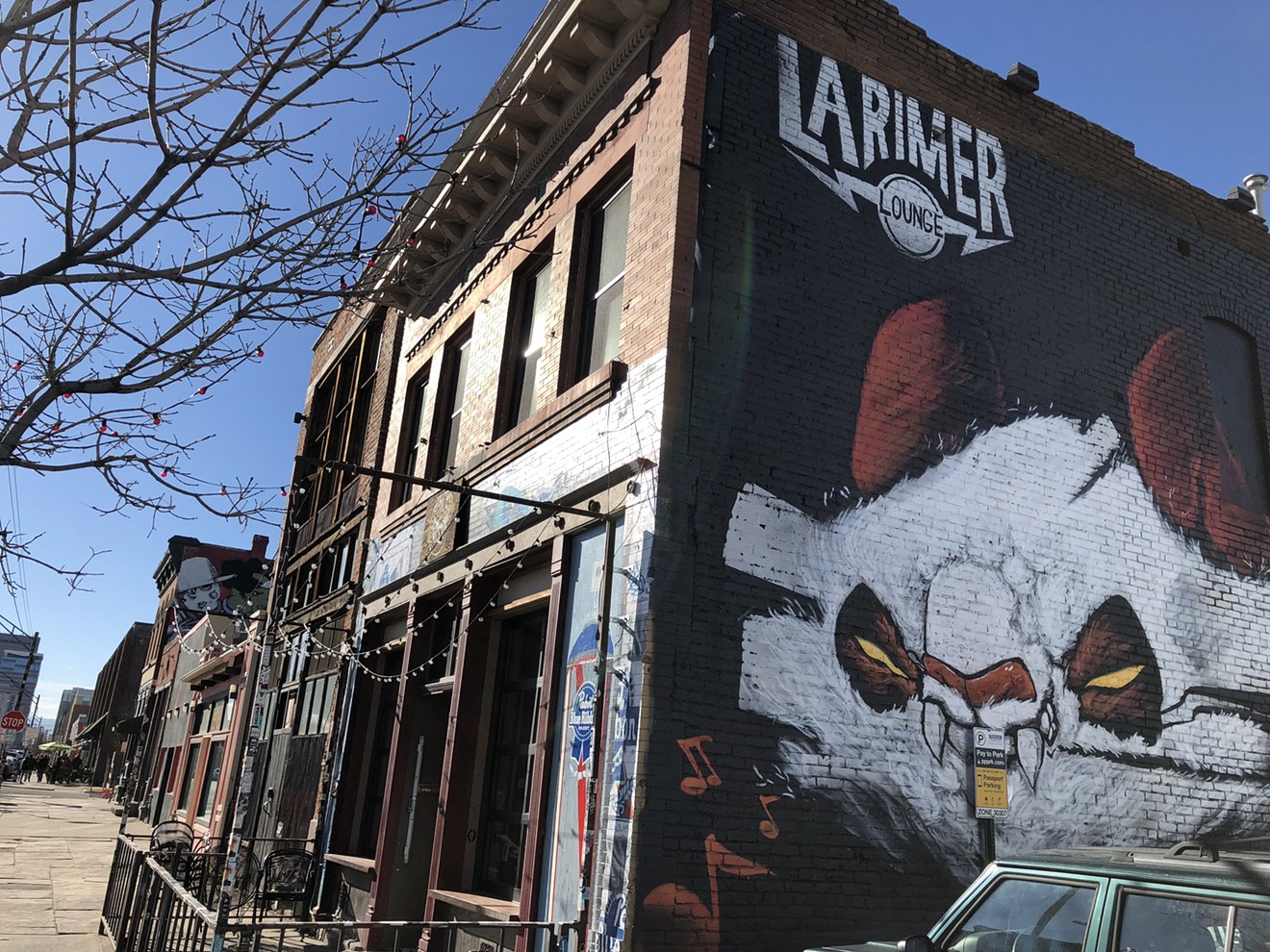 “It was more of an almost destination venue, where you’d really only come here if you were coming for a very specific band or show you wanted to see,” says Tony Mason, who’s spent a decade as a talent buyer for the 250-capacity venue, which is celebrating its fifteenth anniversary with a free show tonight.

These days, the neighborhood, which has been since been dubbed RiNo, is teeming with bars, restaurants, breweries and retail stores.

“It’s nice that we’ve got all this new traffic coming through and a lot of neighborhood traffic,” Mason says. “We’re able to have our bar open a lot more during better hours. People are more willing to come to this neighborhood. All of these things in the neighborhood now are bringing people around to this area, so it’s a little more of a friendly atmosphere.”

Although the neighborhood has changed, the Larimer Lounge is still doing what it’s been doing since Scott Campbell opened the venue in December 2002: booking quality bands, whether it’s local acts or national bands on the brink of making it big, like Arcade Fire, the Killers and the Lumineers or Portugal. The Man, who Mason says played at the venue to 100 people before selling out the Bluebird Theater, then the Ogden Theatre, and then headlining Red Rocks the past few years.

“What’s really great is that we get a lot of groundbreaking artists,” Mason says. “We catch them right in that phase before they get big.”

A recent example of that is country artist Colter Wall, who sold out two nights at the Larimer and is now set to headline the Gothic Theatre in April.

Larimer Lounge has gotten recent upgrades to its sound and light systems and two new garage-door windows that open to the patio. Campbell also acquired Lost Lake Lounge four years ago and Globe Hall a year ago.