“The venue was brimming with attendees. Among the good people, there was a spirit of desperation and ecstasy. Soothsayers predicted that with the coming millennium, computers might “brick,” governments and civilizations might collapse, and time might come to its metaphysical end.

“I determined the most rational course: I would perform the Rite of Eucharist at the moment of humankind’s demise. So while Slim C. and Munly M. counted down from ten to the apocalypse, I began my work — donning the appropriate vestimentary, resplendent with collar of white and chasuble of red. Then brave John Rumley stepped forth with his ‘Home Communion Attache 2000,’ producing a silver plate that overfloweth with bread and a golden cup that bubbleth over with wine! I turned toward the congregants, who had lined themselves up to the horizon, and one by one did they reverently accept holy communion. Thus was Armageddon sidestepped for a time.” 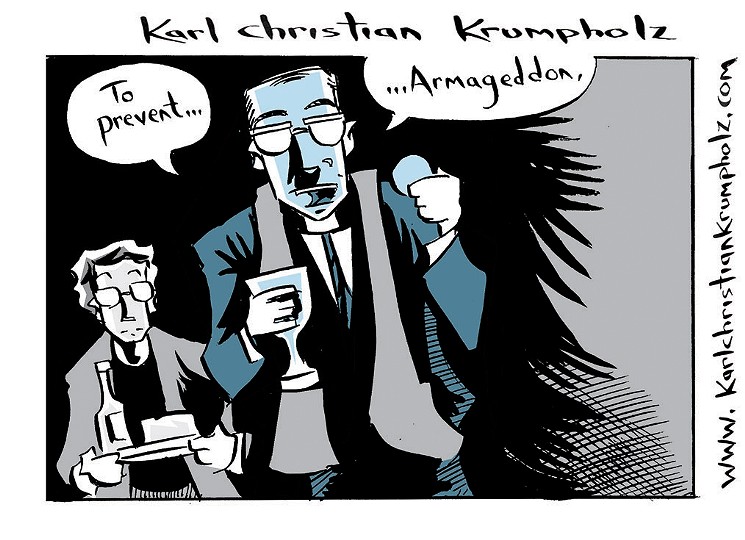 Slim Cessna’s Auto Club will celebrate its 25th anniversary during a three-night engagement at Globe Hall December 29 through 31.