Måneskin, CocoRosie and the Best Concerts in Denver This Week 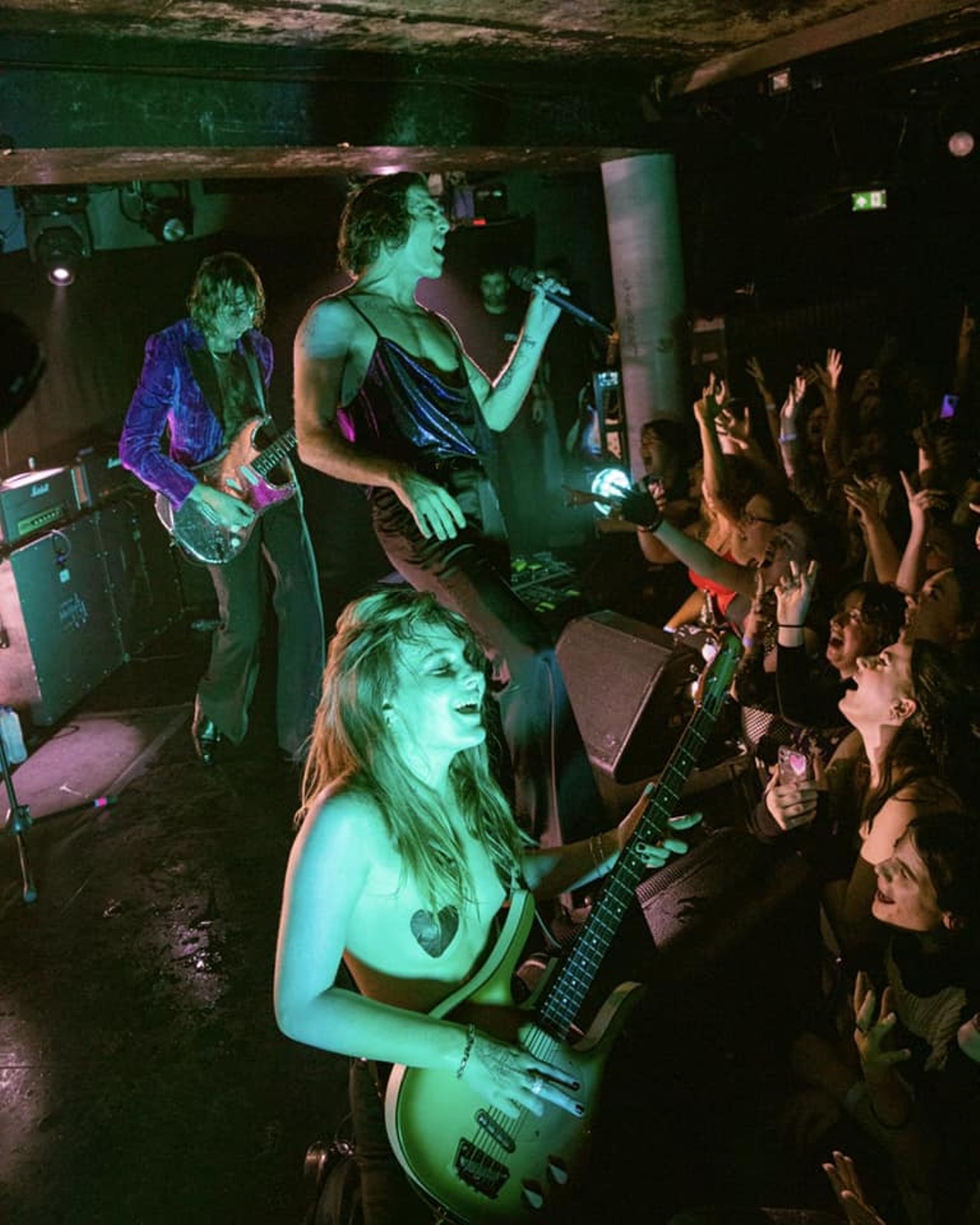 Måneskin is beggin' you to catch them the the Fillmore this Monday maneskinofficial / facebook
CocoRosie wants you to join the "Rainbowarrior" fight this Wednesday, November 16, and Thursday, November 17, at Ophelia's Electric Soapbox.

Keep reading for more of the best concerts in Denver. er this week:

Flor de Toloache
Tuesday, November 15, 7 p.m.
Marquis Theater, 2009 Larimer Street
$22
Named after a sacred flower that grows in Mexico, this all-female mariachi band has a sound that can equally swoon you or get you groovin' on the dance floor. These New York-based ladies have taken a centuries-old musical style and diversified it for the masses with their new take on the traditional mariachi sound. Denver local support act Fruta Brutal opens the night.
CocoRosie
Wednesday, November 16, and Thursday, November 17, 8:30 p.m.
Ophelia's Electric Soapbox, 1215 20th Street
$30.50-$60
Sisters Sierra Rose "Rosie" and Bianca Leilani "Coco" Casady bring their unique flavor of folk, pop, blues and opera to Denver. Sierra combines classically trained opera singing with Bianca's beatboxing to create a sound unlike any other.
The Murlocs
Friday, November 18, 8 p.m.
Bluebird Theater, 3317 East Colfax Avenue
$18
This Melbourne-based psychedelic garage-rock group has members in other prominent Australian bands, such as King Gizzard and the Lizard Wizard. Taking its name from a mythological creature that "fiends for the oracle," the band's fuzzy live sound is always sure to evoke some strangeness in the crowd. Support artist Paul Jacobs from Montreal opens the night.
Liquid Stranger
Thursday, November 17, Friday, November 18, and Saturday, November 19, 7:30 p.m.
Mission Ballroom, 4242 Wynkoop Street
$32.50-$79
Martin Stääf (aka Liquid Stranger) blends everything from Latin jazz to Eastern European psychedelia to reggae in order to create his highly popular experimental dubstep. Each night brings a new lineup of openers for a run to remember.
Cleaner
Saturday, November 19, 9 p.m.
hi-dive, 7 South Broadway
$12-$15
High-energy punk-rock outfit Cleaner is what some might call a supergroup,  including musicians from local acts such as Colfax Speed Queen and the Dirty Few. Fellow Denver bands the Born Readies, Glueman and Fossil Blood open the night at the hi-dive on Saturday.
PK Williams & Thomas Pridgen (an annual celebration of existence)
Sunday, November 20, 4 p.m.
Larimer Lounge, 2721 Larimer Street
$22-$25
Spirited emcee PK Williams is bringing renowned drummer Thomas Pridgen to the Larimer Lounge on Sunday. Thomas is best known for being the Mars Volta's drummer between 2006 and 2009, but has also solidified a place in music history by playing with other bands such as Suicidal Tendencies, Trash Talk and Residente. Thomas's new "neo-psychedelic disco-funk" project, Big Trippin', will be gracing the stage at the Larimer Lounge this weekend.