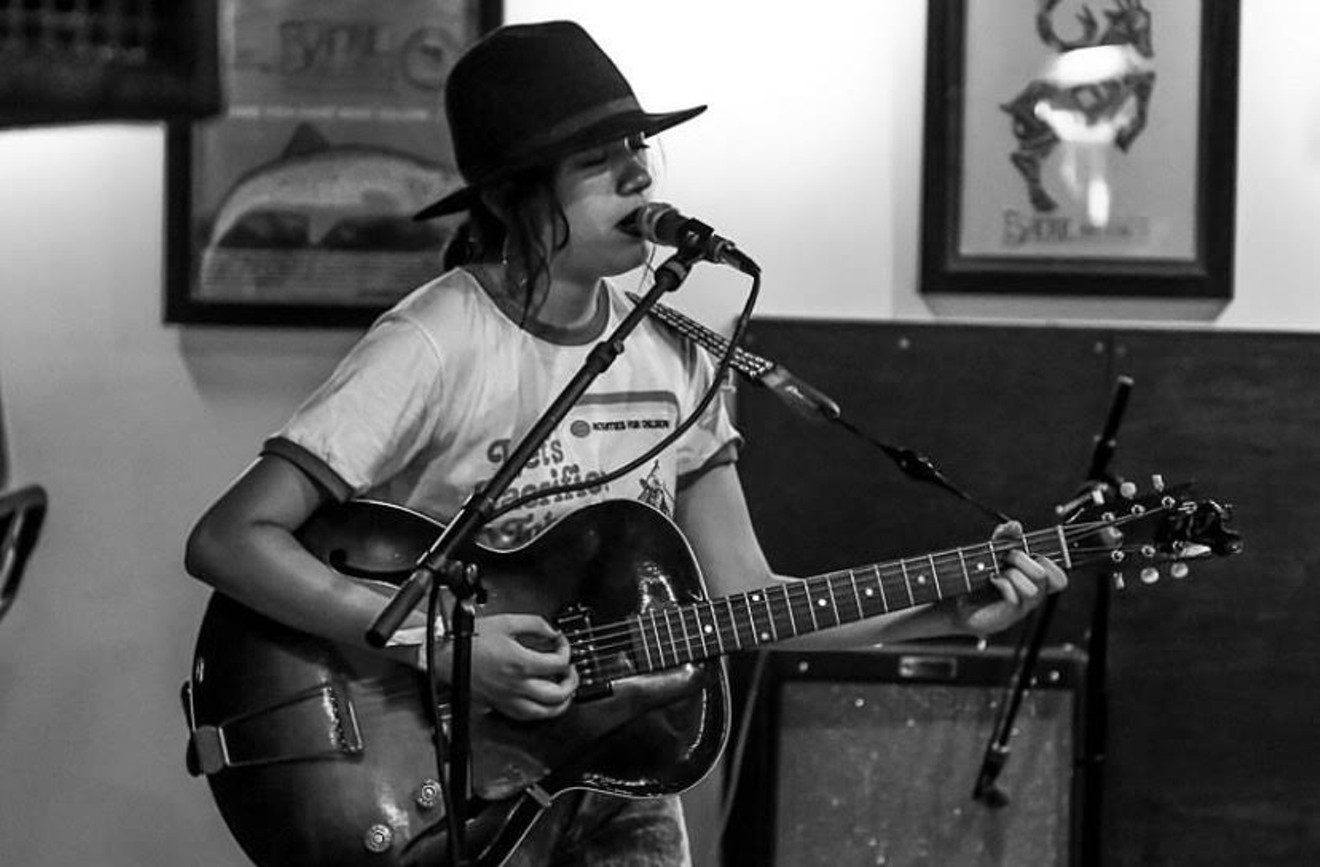 Singer-songwriter Maya Bennett is re-releasing her album As the Pink Fades to celebrate the end of a difficult chapter in her life. Jenna Beutler
Under different circumstances, the release of Maya Bennett’s second album would have been a triumphant conclusion to years of hard work.

The self-described “sad-screamo folk” singer-songwriter had poured her heart into As the Pink Fades, eleven songs that stir together the melancholy of being young and the hopefulness that comes with growing up.
Although she was barely an adult on its release date in 2018, Bennett’s vocals hinted at a deep well of complex passions just below a patina of adolescent charm.

She’d picked up the guitar at twelve, played her first gig at fifteen and took the grand prize in the 2016 Young Songwriters Competition at Swallow Hill Music. Then, at eighteen, things began to fall apart.

“I was in a real bad spot,” says Bennett. “That year was the first year I started experiencing pretty severe mental health issues.”

After finishing As the Pink Fades, Bennett says, she was excited to release the album and began planning the release show. Looking back now, she says it's obvious that she was living through a prolonged manic episode. Then in the summer of 2018, she lost her best friend, Dan Schwartz (as a musician, he went by Abel Black), to a heart attack, and she began to spiral into depression.

“I was not dealing with it well,” she says. “That was my first manic episode. I was coming down from that, so I wasn’t in the best place.”

Bennett says it’s clear now that she’d been living with mental health issues for some time, including while she was writing the album. She didn’t know it then, but her songs chronicle her ups and downs and the confusion she felt about the feelings that were driving her.

“I had been severely depressed for two years before I went into that mania,” says Bennett, “and a lot of [the songs] were about that. It's like a lot of reflective songs and the way I worked through that. I think the main theme is how I realized I perceived the world in a way that was foreign to me, in a way that — not that other people don't experience it — but it felt unique because I had never experienced it before, and I didn't know a lot of people that understood.”

“Wet Grass,” the last song she wrote for As the Pink Fades, is a particularly sharp look at her mental state during the writing process.

“That was kind of me reflecting on what had happened when I went manic,” says Bennett. “I wrote that song kind of like an apology to people in my life who I felt I had wronged. I wasn't totally crazy — I was still here in a way. I was just detached from reality in a way that I don't think I understood. So that was kind of the encapsulation of all the songs, I think, facing that I was struggling.”

For all of those reasons, Bennett’s heart just wasn’t in it when her release show rolled around. But today she says she’s in a much different head space than she was a year ago. Now she’s taking another stab at releasing As the Pink Fades and hosting a proper album-release show.

“Time has done me better,” says Bennett. “I still have to deal with things; that's how life is. But I'm stable now.”

Bennett credits others for helping her move through the pain of loss and the depression that followed her friend’s death, but she’s also upfront about her own role in the process.

“Basically, I just got a lot of help,” she says. “I did a lot of work with group therapy and fixing all the basic necessities of what I needed to be okay. And just dealing with it, too, just riding through it and realizing that I don't have to succumb to anything, really. I can help navigate myself through things.”

The hard work she’s put into learning to deal with her mental health issues is paying off. These days, she says, music is becoming more and more important again.

“Something that I have been feeling a little bit better about is that the last year, I didn't really feel like I could play music, like I didn't feel connected to music,” says Bennett. “But I'm starting to again, and I formulated a solid band that I can really connect with. I wanted to celebrate that and play those songs again with my new band situation.”

Bennett also says she wants to help others who may be dealing with depression or issues of self-worth. With that in mind, she’s working to make the album release not just a celebration of her own triumphs, but also a community event aimed at supporting people who may be struggling.

“I'm trying to create more of a community feel rather than like it just being my release show,” she says. “I'm trying to frame this as an ode to resilience and growth, because I feel like that's why I'm able to even have the show again. I grew, and I'm still here, and I want to celebrate that.”

Maya Bennett plays with Anthony Ruptak and Verses the Inevitable at 8 p.m. on Thursday, November 7, at Broadway Roxy, 554 South Broadway. Tickets are $7.

Hear Maya Bennett and more favorites from Westword writers on our Westword Staff Picks playlist.
KEEP WESTWORD FREE... Since we started Westword, it has been defined as the free, independent voice of Denver, and we'd like to keep it that way. With local media under siege, it's more important than ever for us to rally support behind funding our local journalism. You can help by participating in our "I Support" program, allowing us to keep offering readers access to our incisive coverage of local news, food and culture with no paywalls.
Make a one-time donation today for as little as $1.