Milemarker's Al Burian on Why Dystopian Lyrics Are Back in Fashion 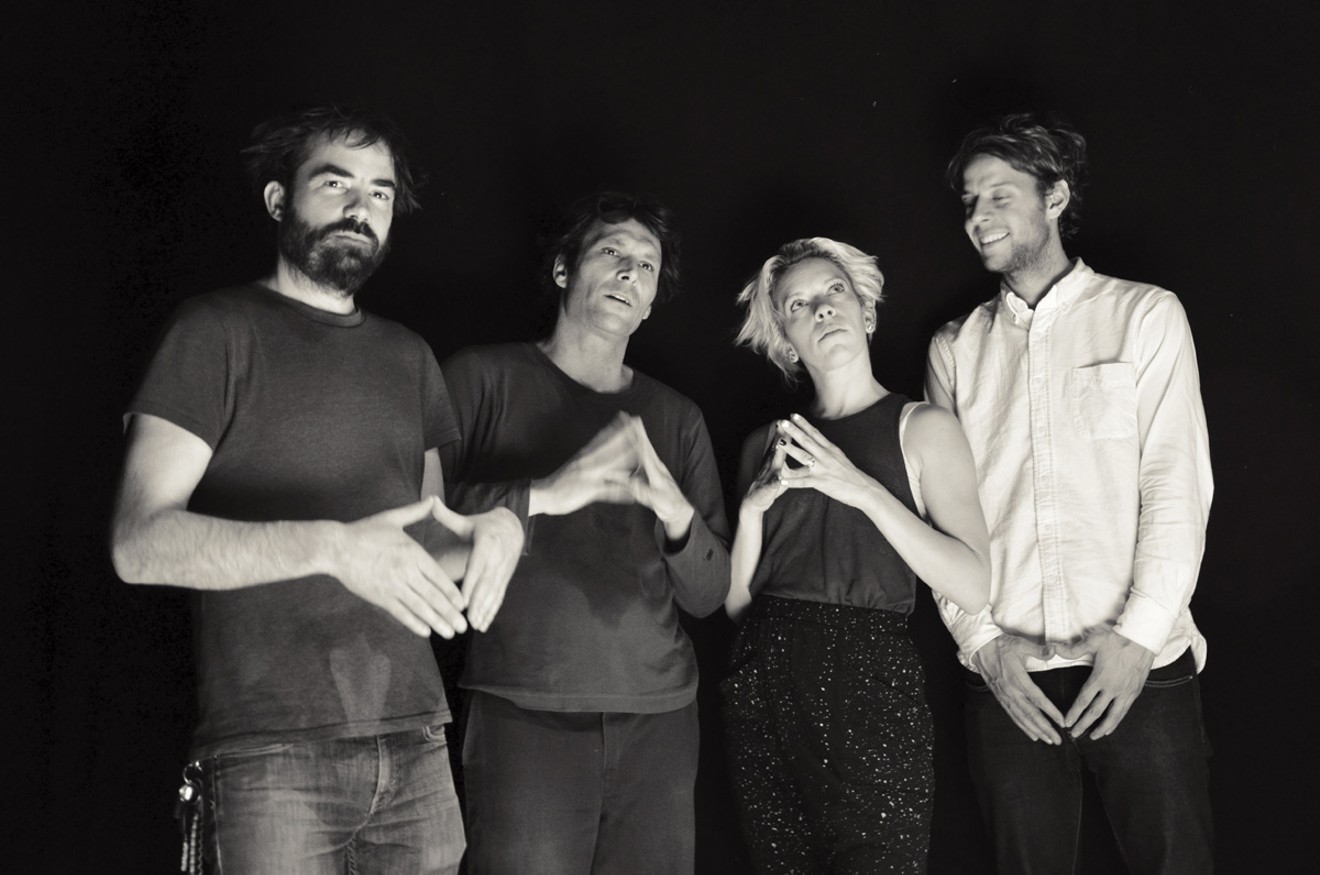 Milemarker Jana Vaculikova
The political post-hardcore act Milemarker, which began in 1997 in Chapel Hill, North Carolina, defied Maximumrocknroll's rule that bands with keyboards were not punk. The musicians decided the band was "going to be even more punk and get keyboards and make some music that you couldn't say wasn't punk and see how aggressive you could get and still bend those rules,” says singer and guitarist Al Burian.

Adding keyboards to live loops and samples, Milemarker helped make electronic elements a respectable part of hardcore and impossible to dismiss as un-punk. By the middle of the first decade of the 2000s, things had slowed down in the hardcore, post-hardcore and even punk worlds, and Milemarker all but went on hiatus itself. Its irreverent, politically charged music should have flourished, but even underground culture seemed to have lost some of its taste for ideological messaging. A decade later, in 2015, Milemarker was back to its old tricks at a time when its style of music seemed more relevant than ever.

In advance of the group's concert tonight (Thursday, February 23) at the Marquis Theater, we spoke with Burian about Milemarker's genre, how punk has evolved in the 2000s, and the band's ongoing conversation about the impact and perils of technology on human society.

Westword: How do you feel about the genre term post-hardcore, and do you think it works as a reference point for Milemarker's music?

Al Burian: Post-punk and post-hardcore are such odd terms because they seem chronologically connected. I feel like when we moved to Chicago in 2000, that's when I started becoming aware of plain old post-rock, which was a big thing going on at that time. I think it's interesting because it involves the elements you want out of a genre and leaves a lot of the elements behind that you don't. Rock music is inherently blues-based music as a kind of lineage. It's interesting to see the way it gets stripped out of krautrock-type stuff that comes from a slightly different direction. I think post-hardcore makes sense for Milemarker, because it was people that came out of the hardcore scene and tried to expand on the musical limitations of genre while holding on to the DIY ethic and that kind of thing.

Mid-last decade, it seemed there was a sea change, when punk seemed to not disappear but become greatly reduced. Do you have a sense of why that happened and why that kind of music has made a resurgence in recent years?

There was something amazing about the ’80s and thinking: "There would be nuclear war, so I'm going to listen to the Dead Kennedys." Milemarker was on tour when the September 11 attacks happened, and I remember just feeling it was weird to be in a supposedly political band in this moment when the real world overtook it. There wasn't the cliché that when things get bad the art gets good. It seemed almost the opposite reaction as the 2000s went on and as we got the second term of Bush. It maybe didn't feel like an authentic reaction anymore. It became maybe too ritualized to write an angry song about how I hate the government number 10,000.

Now I feel like the paranoid lyrics of the ’80s all make sense again. The band gets it a lot, because we were dystopian, and a lot of the themes we talked about really resonate right now. The present time seems to be leading to people being angry and getting active, and that's good. I don't know if, culturally or art-wise, we're going to see a resurgence of [political music], but I hope actually that there will be something new that's not just retro, maybe a new wave expressing the same stuff.

What inspired your approach to writing about political subjects in your songs, using humor and a more broad way of addressing those themes?

One of the themes that come up over and over again with us is technology and its dystopian possibilities. We actually always embraced technology. From the beginning, we were recording ourselves and using primitive computer programs. We used technology but realized the possible negative effects, the repercussions of the Internet and the way people interact with it. It's cool to be able to record yourself and put yourself directly out there, but what's the trade-off? What are we losing for what we gain? We wanted to push ourselves and make ourselves uncomfortable.

People are very willing to accept what's convenient or what will make their lives easier in a short-term way. The fact that people are handing over information so easily with the Internet is like a social experiment we're doing to ourselves. We're starting to see the fruits of it with people's inability to differentiate reality from virtual reality and take what they find online as all there is out there. If it doesn't exist there, it doesn't exist.