Punk Off: Your Shot to Play the Vans Warped Tour 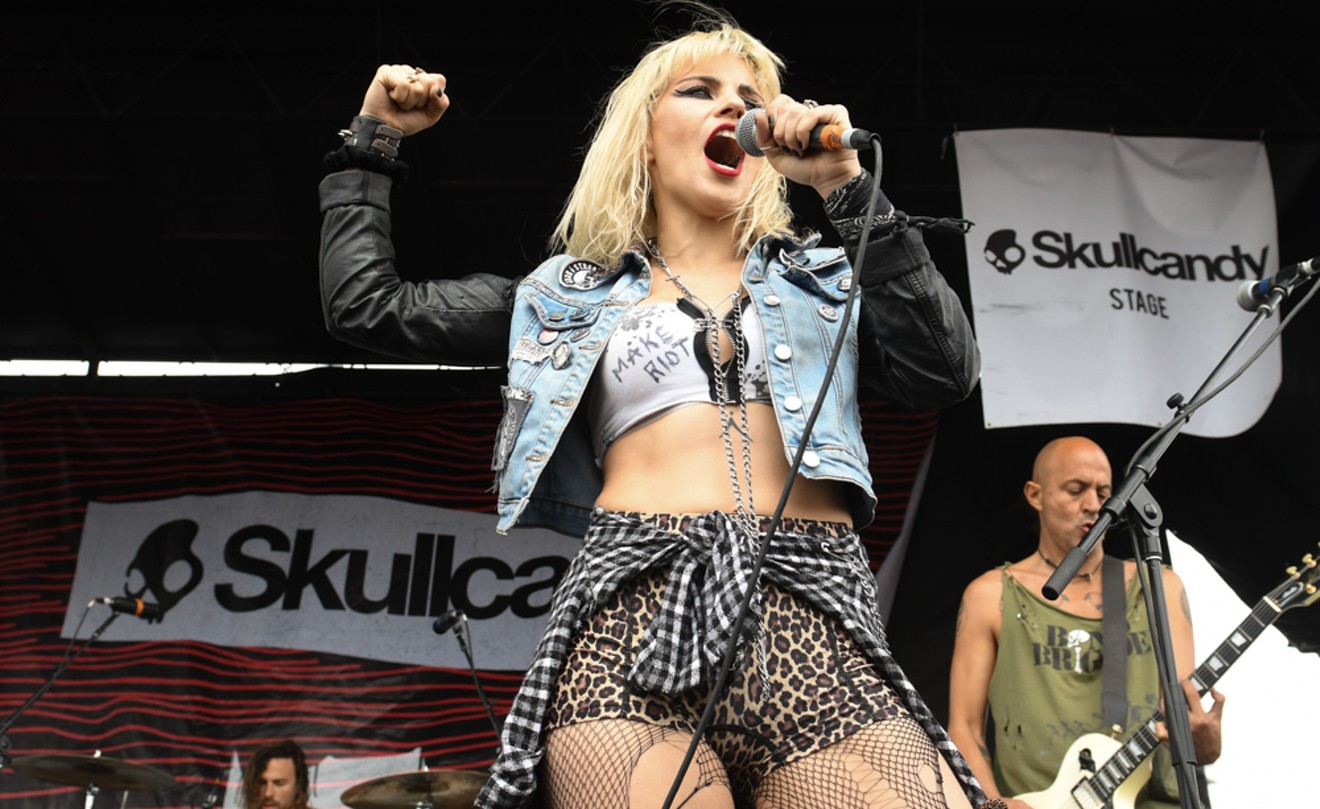 Barb Wire Dolls play the Vans Warped Tour in 2017. Miles Chrisinger
Have you ever dreamed of playing on stage with the likes of Eminem, the Black Eyed Peas, No Doubt, Green Day or whoever the acts playing the 2018 Vans Warped Tour will be?

Enter Punk Off, the event that just might make your rock-star dreams come true.

Mishawaka Amphitheatre is taking applications for Punk Off, where Front Range acts will vie for a slot on the 2018 Vans Warped Tour's Denver stop.

Interested bands — and they don't have to be punk — can apply to compete through February 11 by visiting Mishawaka online. By March, those applicants will be culled to five bands, who will each play 25-minute sets at Punk Off at Mishawaka in early summer 2018.

Of those five, a jury will select two groups to play a local stage on Sunday, July 1, as the tour blazes through town.

“The Vans Warped Tour is an iconic event that has been around for almost 25 years, and it gives local bands an opportunity to play the festival alongside nationally touring headliners,” said Dani Grant, Mishawaka owner and general manager, in a statement. “We are excited to partner with the presenters to make this opportunity interactive and engaging, and — much liked Warped Tour _ to feature some bands that might not typically get a chance to perform in more traditional venues.”

If there's ever been a year to play the Vans Warped Tour, it's this one. In November 2017, founder Kevin Lyman announced this year's cross-country Vans Warped Tour will be the last — though the event will celebrate its 25th anniversary in some form in 2019.

"I have been a very lucky person to have traveled across the country and sometimes around the world as one of the founders and producers of the Vans Warped Tour," Lyman wrote in a statement. "Today, with many mixed feelings, I am here to announce that next year will be the final, full cross-country run of the Vans Warped Tour. I sit here reflecting on the tour’s incredible history, what the final run means for our community, and look forward to what’s to come as we commemorate the tour’s historic 25th anniversary in 2019."

The Vans Warped Tour hits Denver on Sunday, July 1, and tickets start at $35 and go on sale March 2; the summer event took place at the Pepsi Center in 2017. A location and lineup have yet to be announced for the 2018 edition.