Beauty of Simplicity: 'smallsongs' Series Showcases Music Acts From Around the World 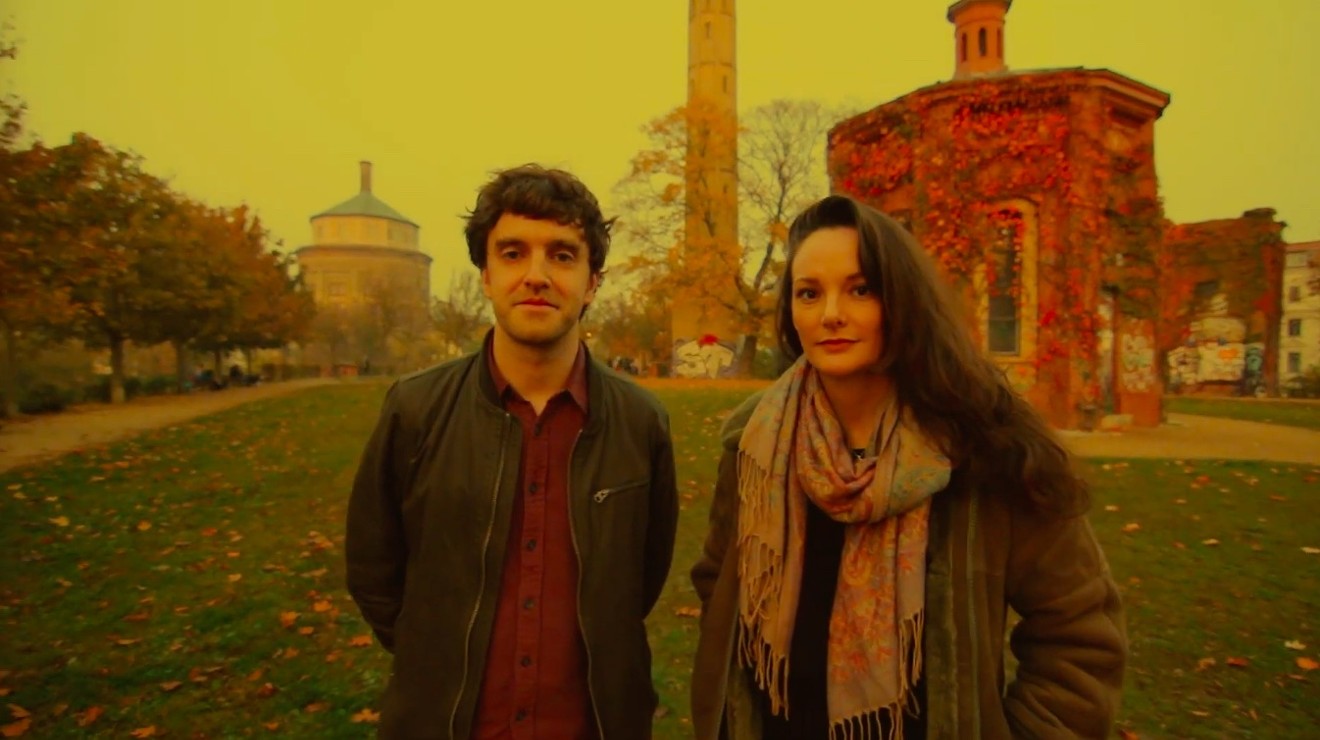 During a visit to Berlin, "smallsongs" captured a performance by Irish dream-pop duo Perlee. Cole Mitchek
Every music video in the “smallsongs” series begins with a living portrait: The musician stands still and looks straight into the camera, setting the tone for an intimate performance. They play into a mic with a singular instrument and on locations that vary from street corners to alleyways to city parks. The series is meant to “focus purely on the artist and watch them do their magic,” says producer and videographer Cole Mitchek.

Mitchek started “smallsongs” in 2019. The Evergreen native had returned to Colorado after a number of years in San Francisco, and saw the video series as a way to combine his love of music and film. So far, the project has showcased about 300 artists, and Mitchek has filmed them in cities across the country and abroad. While he wants the YouTube channel to continue to grow, with more musicians and more widespread viewership, the target remains centered on the small moment of an artist sharing their craft.

“I always grew up wanting to be a filmmaker,” Mitchek says. “It’s been my one and only dream my whole life.” He enrolled at the Academy of Art University in San Francisco in 2013, where he honed his video skills and started collaborating on various short films and music videos. These days, in addition to “smallsongs,” Mitchek supports himself by editing wedding videos and other freelancing gigs.

During his early collaborations at the university, Mitchek learned the value of simplicity. Organizing shoots with big crews and multiple cameras takes time. With “smallsongs,” he streamlines the filming process. He records the videos himself and shoots them in single takes that don’t require in-depth editing.

He prefers to shoot single takes for artistic reasons, as well. “It feels spontaneous and natural,” he explains, adding that both he and the artists tend to prefer first and second takes, and he’s never done more than four. Although multiple recordings could allow for the best version technically, “the first or second try is the most authentic, because they’re not trying too hard,” he says.
Sometimes that means the artists make mistakes. Mitchek recalls a set with Minneapolis Americana band the Last Revel, in which a guitar string broke halfway through the shoot. But those are the special moments that he likes to highlight.

“When people aren’t too afraid to show their mistakes, it makes it more relatable," he says.

The performances are filmed in atypical locations that set the scene for improvisational moments. “When I can get life happening in the background of the shoot or someone stopping and watching [the musicians] play, it’s really special,” Mitchek adds.

The project has given Mitchek countless unforgettable memories. He describes the fun of filming vocalist Danitse in Lima, Peru, in a city park known for its stray cat population. There was also the time he filmed Fort Collins band Many Mountains on a fire escape near Larimer Square, and a cop told them that while they could finish recording, they probably shouldn’t be there. He’s often included moments of his wife, Andy Ventura, and their son, Elliott, somewhere in the shoot.

Weather plays a role, too. In March, Mitchek filmed Asheville singer-songwriter Alexa Rose on a snowy winter morning. “It was her dream to shoot a video in the snow,” he explains. “Most musicians wouldn’t want to do that because the guitar will go out of tune and their hands will get cold. But I knew it would look amazing.”

Mitchek says that when he started the series, he often relied on tools such as social media and Westword concert listings to find musicians. But as his series expands, it's gotten easier to network. “I’ve learned that the music community is more tight-knit than I thought it was,” he explains. “I can discover new artists through their recommendations.”
click to enlarge

Performer Esther Rose stands still and looks into the camera at the beginning of her "smallsongs" video.
Cole Mitchek
Mitchek took "smallsongs" on the road in 2020 after he and his wife converted a party bus into a livable van. She had always wanted to live in a tiny house, and they wanted to explore the country with their baby. Continuing the video series while traveling was somewhat of an afterthought, he notes, but they ended up recording artists in New Orleans, Austin, New York, Nashville and Philadelphia.

It was a special time, because artists weren’t touring but "smallsongs" was able to travel to them, Mitchek adds.

He sees the project as a way to support the independent music community, as it allows for creative freedom and exposure to larger audiences. “Some of the musicians I work with are the most incredible, talented people. I want them to be huge,” he says.

Mitchek sees how similar YouTube video series, such as La Blogothèque, have gained large followings. The group has filmed “Take Away” shows for the past ten years, garnering over 600,000 subscribers and capturing performances from the likes of Iron & Wine, Angel Olsen and Mumford and Sons.

Mitchek hopes “smallsongs” can do something similar. Someday, he wants to film Bob Dylan.

To view “smallsongs” videos, check out the YouTube channel or Instagram. Mitchek releases new videos every Wednesday and Saturday.
KEEP WESTWORD FREE... Since we started Westword, it has been defined as the free, independent voice of Denver, and we'd like to keep it that way. With local media under siege, it's more important than ever for us to rally support behind funding our local journalism. You can help by participating in our "I Support" program, allowing us to keep offering readers access to our incisive coverage of local news, food and culture with no paywalls.
Make a one-time donation today for as little as $1.
Claire Duncombe is a Denver-based freelance writer who covers the environment, agriculture, food, music, the arts and other subjects.
Contact: Claire Duncombe