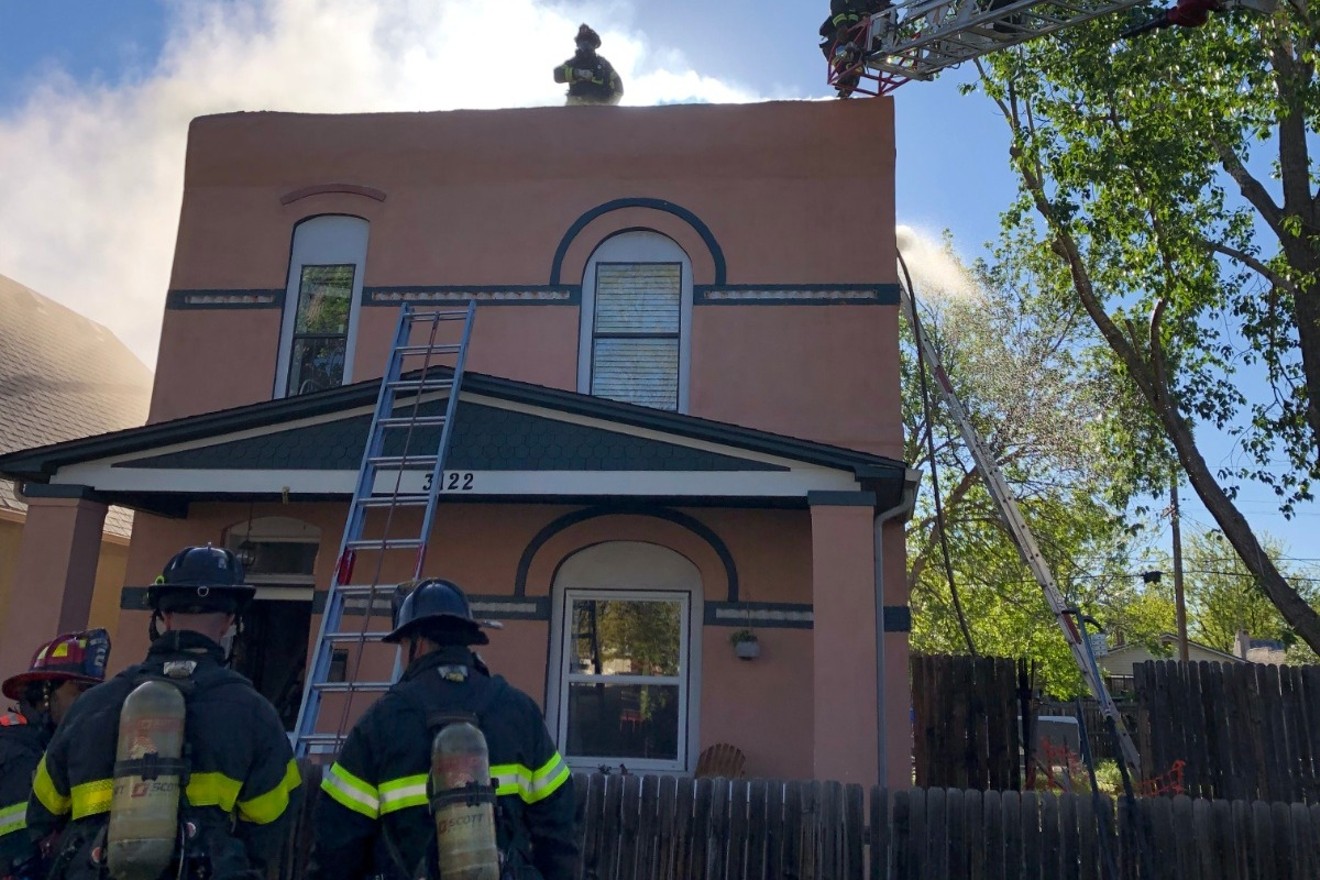 The roof of Matt Morginsky's home caught fire on May 25. GoFundMe
Matt Morginsky, former frontman for the popular Orange County Christian ska band the O.C. Supertones, moved to Denver in 2011 to preach the Gospel. Since 2016, he has served as the pastor of Grace and Peace Church in the Whittier neighborhood, not far from where he, his wife, Sharon, and their five children lived in an 1800s Denver Square home. They were selling the house and planned to close on Thursday, May 30. But around 7 a.m. on Saturday, May 25, Morginsky woke up and smelled a fire burning. He went outside, looked up and saw smoke coming off the roof.

A roofing company had been there the day before and had been installing torch-down roofing, which is made of rubberized asphalt melted to the roof with a torch. Morginsky says the roofers did the job improperly and thinks the roof had been smoldering all night. About a minute and a half after calling 911, firefighters arrived and started working on the roof, which had completely caught fire.

“They were really having trouble getting to the fire,” Morginsky says. “So they had to not only rip off the top, but they went inside our house and they had to bash out windows. They had to rip down the ceiling. So there’s no ceiling upstairs. There’s tons of smoke damage. Then they pumped tons of water. They were having a tough time getting it out, so it took a lot of water.”

Morginsky imagined that the first level of the house would be pristine and the second level would be trashed.

“Not so,” he says. “When you pump that much water though a house... . Downstairs, all the insulation is waterlogged. It’s going to have to be completely overhauled and everything ripped out. We’re just hoping that the frame’s okay. I’m super-grateful none of us were hurt. The firefighters stopped it from burning all the way down, which is great. But everything we own is covered in smoke, water and asbestos now. They’ve got to decontaminate the place.”

Friends of Morginsky set up a GoFundMe campaign to help him and his family get back on their feet.

“It’s kind of shocking,” Morginsky says. “It’s like, hey, we’ll just get some bare necessities. A couple pairs of clothes for the kids to go to school in, a pair of shoes or something like that. When you have seven people to do that for, that’s $800 off the bat. Just a few days of clothes and pajamas and a couple towels. Oh, my gosh, it’s far more expensive than what I would have ever dare dreamed to get your house set up.”

The Morginskys had planned to lease a house after the sale of their Whittier home and use the proceeds from the sale to go toward the construction of a new home. The family was able to move in a few days early, and friends and church members helped out by bringing over air mattresses and food.

“People have been showing up big time to help us out,” he says. 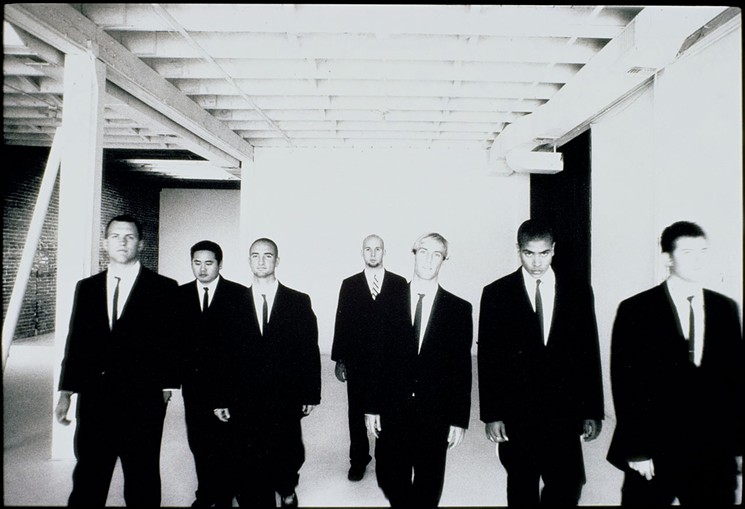 Although the family lost most of its belongings in the fire, Morginsky says the firefighters were able to save his guitar.

Morginsky, now 42, had a long career in music. Growing up with atheist parents, he was into punk, doing drugs and failing at school, taking the whole rock-and-rebellion thing seriously. But when he was fourteen, one of his punk friends invited him to play bass at a Catholic church.

“I had nothing against religious folks,” he says. “I didn’t know anything about it. I showed up and started playing these weird songs that required me to play one note per measure. The priest was like, ‘Hey, let’s pray, everybody.’ Well, should I? I don’t believe in God. It was like this aha! moment. I’ve never really considered this before. Maybe I should look into it because it seems important. If it’s true, it seems important.”

Morginsky started reading the Bible, not totally understanding what he was reading at the time, and converted to Christianity.

“No one said to me, ‘Hey, here’s what the Christian faith is about,’” he says. “I just said, ‘I have some vague idea that I really like this Jesus guy and whatever God’s about and whatever this thing’s about, I want to be about it. By the time I was fifteen, I was really committed to following Jesus. That was it. I transformed. I stopped getting arrested and doing drugs. I just lost the desire to do it. I just found something that was way more fulfilling. I was actually getting at what I was longing for. That was it.”

That same year, Morginsky formed the band Saved with a few friends, and in 1995, they decided they needed to a be a ska band and renamed themselves the O.C. Supertones. Morginsky was the main songwriter, and says his best songs were about his search and struggle for God's healing power.

Over the past two decades, the Supertones released eight studio albums and two live discs, while disbanding and reforming a few times before playing their final show in 2017. These days. Morginsky is working on a new project called the Lives of Others, which he says is very different from the Supertones and firmly in the art-pop zone. The idea for the group grew out of a class he took on Shakespeare while studying at the seminary.

“I wrote a song from the point of view of Claudius, the uncle of Hamlet,” he says. “Just about his internal struggle and journey, of jealousy of his older brother that led him to murder his brother and marry his brother’s wife and claim the kingship for himself.”

One song turned into ten songs with the help of his writing partner, and they’re all written from the point of view of characters in Shakespeare plays. They’re still in the writing process, and he says they might start recording it next summer and possibly fund it through Kickstarter.

“We’ll put it out for all the librarians, English teachers and dorks,” he says. “We’ll be their band. We hope to just play Denver, that’s all.”
KEEP WESTWORD FREE... Since we started Westword, it has been defined as the free, independent voice of Denver, and we'd like to keep it that way. With local media under siege, it's more important than ever for us to rally support behind funding our local journalism. You can help by participating in our "I Support" program, allowing us to keep offering readers access to our incisive coverage of local news, food and culture with no paywalls.
Make a one-time donation today for as little as $1.