Put It on Your Playlist: The Best New Music Released From Denver 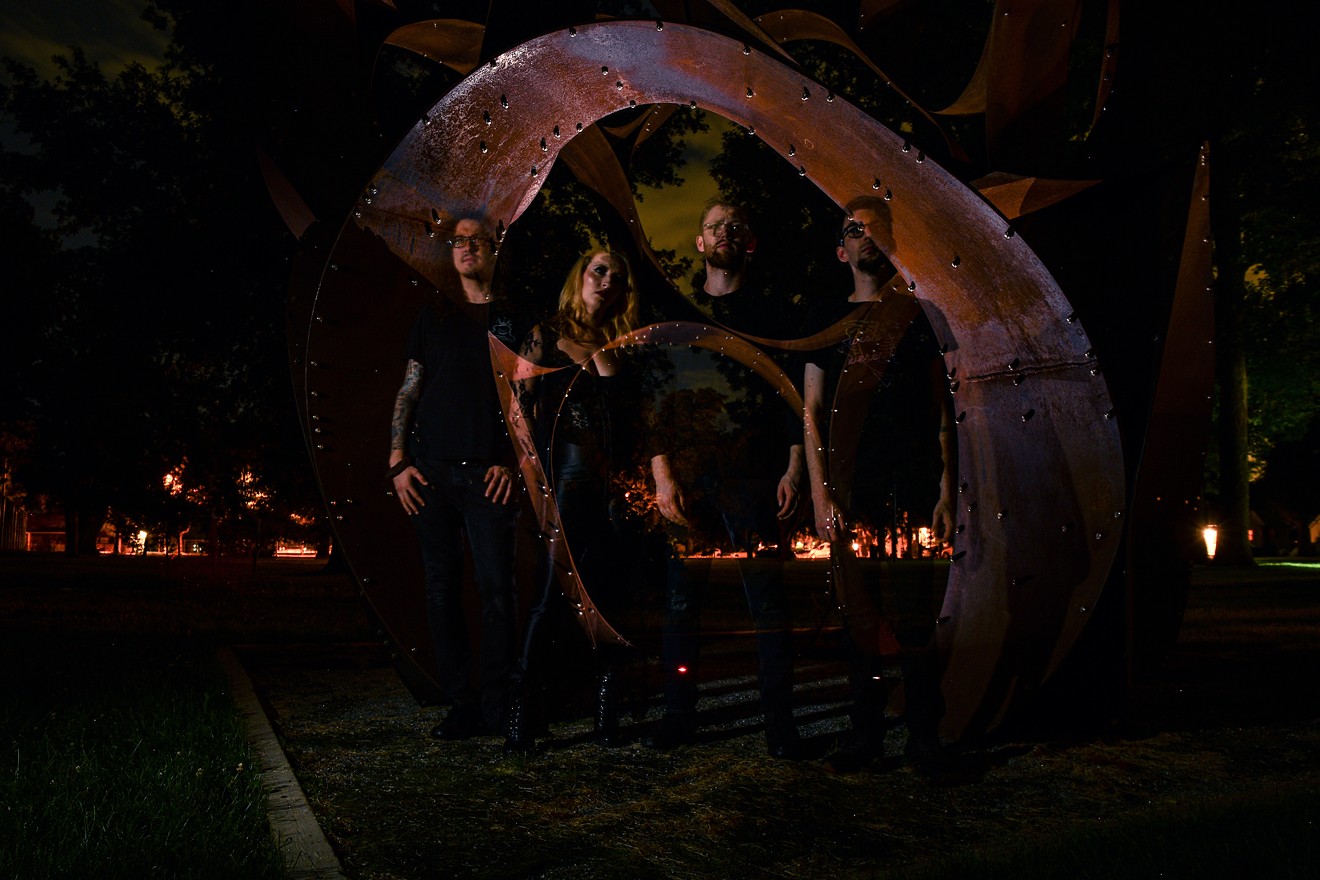 trash.
Ghosts
After self-producing its first two EPs, Denver foursome trash. recorded, mixed and mastered its third EP, Ghosts, at the famed Blasting Room in Fort Collins. The band’s sound is modern, but elicits a bit of nostalgia for anyone who grew up listening to 1990s alternative. It’s too moody for pop punk and too fun for post-hardcore. The instrumentals can be angular at times, but they still beckon a head nod as you take in the angsty vocals from Kayleigh Gustkey. Ghosts is available on Spotify on Friday, December 2, and trash. will be at the Black Buzzard, 1624 Market Street, at 7 p.m. Thursday, December 1; tickets are $15. Check out the band’s first two EPs on bandcamp.com.

Talia Hoit
“Until It’s Forgotten”
Talia Holt is a classically trained pianist and soprano who has performed with the Colorado Springs Chorale as well as that group's chamber singers. “Until It’s Forgotten” is a pensive piano song that showcases her vocal and keyboard chops. It’s a somber track, to say the least, and Holt’s haunting vocals might leave you feeling vaguely sad by the end. When you find out she has also contributed vocals to at least three metal bands — Beyond Forgiveness, AnaDies and Psychodrama — some cognitive dissonance might set in. Check out her solo work and drop in on all that symphonic metal. By the way, we’d love to hear a metal redo of “Until It’s Forgotten.”

Verner Calvin
Grey Oranges
Verner Calvin has assembled a band in Fort Collins and has been playing there and in southern Wyoming. But the songs on Grey Oranges were written and recorded in Taiwan, where he lived for about a decade. They concern his feelings about the island nation, both good and bad. Sonically, Calvin evokes early-’80s new wave similar to that of Modern English, particularly singer Robbie Grey’s vocals, and post-punk acts such as the Cure, with a touch of the Smiths thrown in for good measure. “Real Attention,” the sixth and final song on Grey Oranges, slides into 1990s alternative territory. Cop the cassette tape on bandcamp.com if you feel so inclined.

E23 and Chris Mosdell
Consumed by Ecstatic Cargoes
You’ll either love this or it will give you an anxiety attack. Luckily, we were already having an anxiety attack when we listened, so we love it. Colorado electronic musician E23 (Brian K. Comerford), the co-founder of Colorado's longest-running electronic-music radio program, Electronic Air on KGNU, teams up with British-born, Japan-based artist and writer Chris Mosdell on 21 tracks of glitchy, atmospheric madness that burn down the line between music and artistic use of noise. Mosdell’s spoken-word contributions are like a distant voice in your head that you can’t quite understand but obey nonetheless. The record switches to remix mode about halfway through, and some of the songs take a bit more of a traditional approach to music, though not that much. It’s dance music for prom when your high school is on a prison ship in space.

Bill Diver’s Passionproject
“Linklater”
This is a mathematically impossible take, but Bill Diver’s Passionproject sounds similar to Bauhaus, if its members had been giggly stoned and listening to a lot of Timbuk 3 and King Missile when it recorded “Bela Lugosi’s Dead.” “Linklater” is the new art-rock band’s third single, but the previous two share its stoney, lo-fi aesthetics. It’s fun to listen to, and nap-inducing in the best way. The band has taken to using collages for its album covers that evoke people such as Winston Smith and Denver’s Curtis Bergesen, who makes collage art under the name Collage the World.

Travis McNamara
“In C”
Travis McNamara’s single, “In C,” drops on December 14. The two-minute song explores McNamara’s more experimental inclinations, with audio samples of Mahatma Gandhi, a baby cooing, people talking in French, Stephen Hawking, birds chirping and sheep bleating. It’s as if DJ Shadow made an experimental indie folk record. The song is the lead single off McNamara’s upcoming album, Moon Calendar, which he recorded entirely by himself in an apartment during the pandemic shutdown. He’s pretty sure the record has sixteen instruments on it. The remainder of the album isn’t as far out as “In C,” but that just makes releasing it as the first single all the more intriguing. We look forward to more.

Unless otherwise noted, music is available on all major streaming platforms. Have a local release that you'd like considered for Playlist? Send information to [email protected]
KEEP WESTWORD FREE... Since we started Westword, it has been defined as the free, independent voice of Denver, and we'd like to keep it that way. With local media under siege, it's more important than ever for us to rally support behind funding our local journalism. You can help by participating in our "I Support" program, allowing us to keep offering readers access to our incisive coverage of local news, food and culture with no paywalls.
Make a one-time donation today for as little as $1.