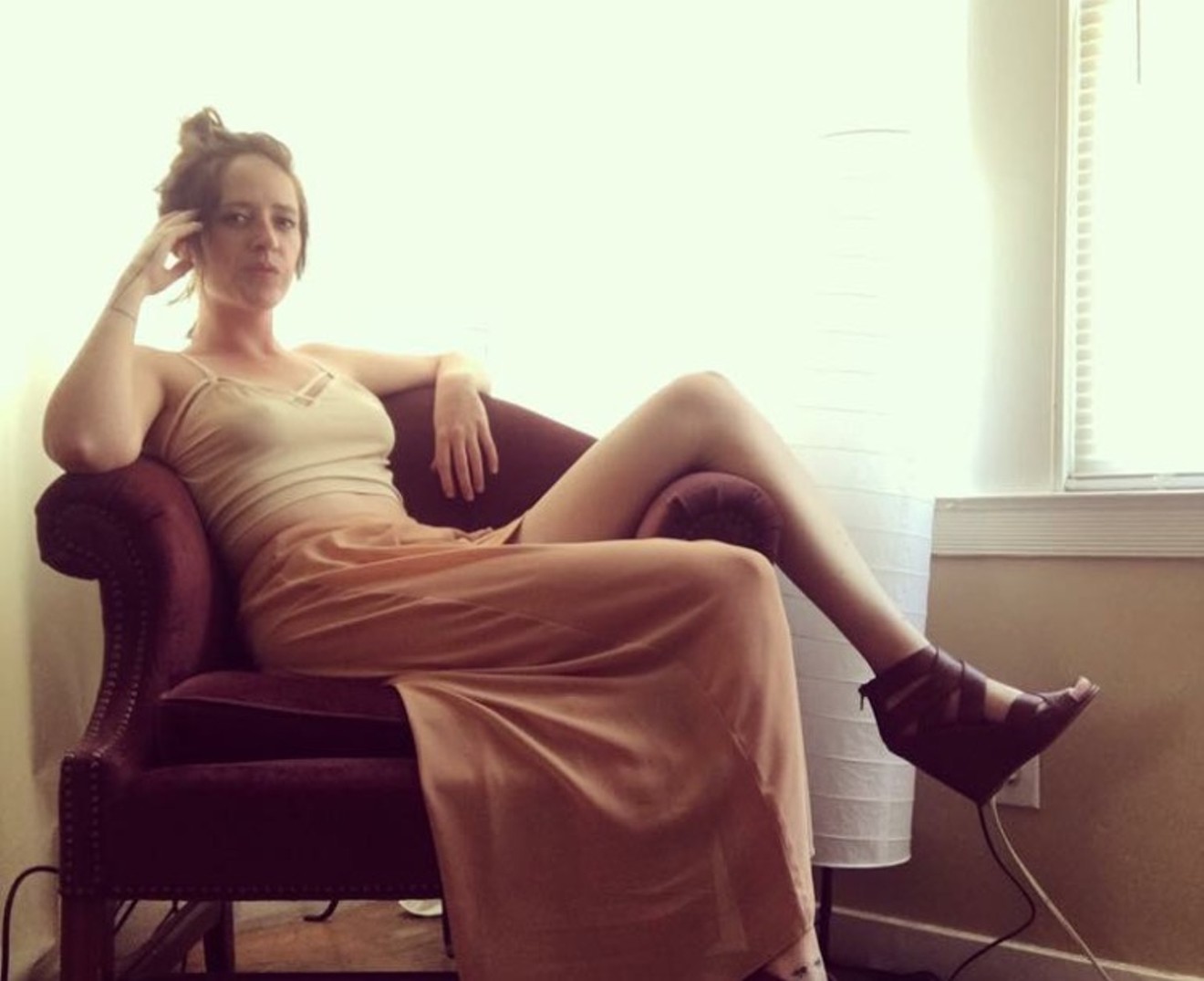 R.Ariel, born Rachel Crocker, makes art in her own way, dabbling in different forms. She’s an eclectic musician and vocalist who writes, records and produces all of her work. Her concerts include visual projections, and she’s also written two books.

Born and raised in Phoenix, R.Ariel didn’t start making music until she was living and working abroad in France. Her latest album, 2017's Oh, demonstrates her distinct musical style with a decidedly personal, inward focus. She merges ambient sounds, piano, and beats involving non-traditional forms of sound making, like water dripping and sirens, with breathy but moody vocals, inspired by both independent and popular music.

“I would say I’m mostly influenced by a lot of my friends; Kafari is a huge influence of mine. Mystic Hightower is another,” says R.Ariel. “And then mainstream musicians: Frank Ocean and SZA. I also listen to a lot of Tyler, the Creator, to learn about production and beats and that sort of stuff.”

As for incorporating non-traditional sounds, well, that’s just a part of her unique personal taste.

“I’ve always been really attracted to making beats out of anything,” muses R.Ariel. “It’s just fun to see how you can make something meld together — to make a beat — without having to deal with normal plug-ins all the time. I’m always trying to make a sound I haven’t heard before. It’s just like, ‘What can I make that’s particularly mine?’”

Her song “Told” contains introspective musings with the emotionally charged refrain, “Tell me: What was it good for?” Though Ariel doesn’t like to explain the private backstories of her songs, she draws from personal experience.


“I want my audience to interpret my songs however they want,” says R.Ariel. “For me, I think that all of my songs have the aspect of trying to figure out self-love.”

“I am obsessed with interludes,” says R.Ariel, laughing. “I use interludes like pallet contours, where it’s just like a little break in the theme of the album. I’m a writer too, so I feel like it’s a chapter kind of thing.”

R.Ariel’s first book, from 2015, In North America, is a collection of short, creative nonfiction stories that she wrote while touring North America. Writing in hotel rooms at 2 a.m., her style veered toward stream-of-consciousness as she explored trauma, coping, art and music. The book also includes her own photographs.

In contrast to songwriting, “Writing books is a way headier and a very different type of work,” says R.Ariel. “I feel like music is this therapeutic, fun thing for me. Writing feels a lot more treacherous. They’re still different ways of being able to say exactly what I mean. Sometimes music does that, sometimes writing does that, and sometimes photography does that. It just depends on what I’m trying to express at the time.”

Recently, R.Ariel has taken to prose again, and her book Processes: A Brief Introduction, which will be released in 2018, is about what a person does in the aftermath of trauma. R.Ariel describes it as “a weird version of a self-help book except with a lot more jokes and stupid shit.”

When R.Ariel brings her unique storytelling skills to Denver, she hopes to share an experience with the audience — one that transcends sound alone.

“With all my shows, I do projections. I use visual elements to give the audience a little bit more to work with,” says R.Ariel. “I’ve been going to shows since I was thirteen, and maybe I’m just working around the fact that I have a short attention span, but it’s to aid the audience with really feeling the music instead of just looking at me play an instrument.”