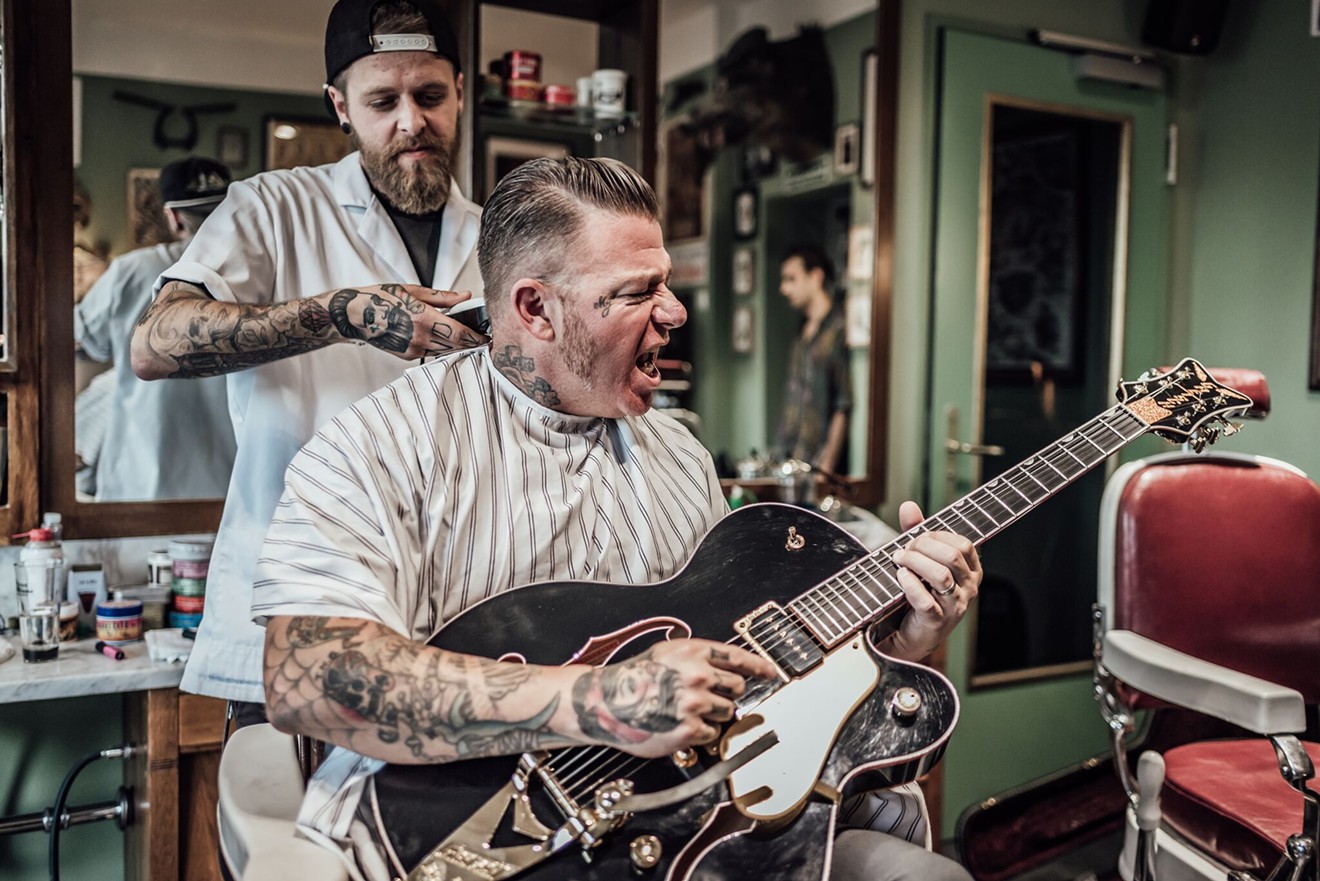 Brent Loveday Courtesy of the artist.

"I think it's just a form of escapism, maybe," Loveday says. "Like if you are sad, you kind of want to escape that feeling, and you can kind of dig back on some experiences or even look at someone else's experiences and find a happy story in it. On the other side of the coin, it's like going to see a scary movie. If you're happy, you want to go see something to take you out of that state of mind."

Loveday digs into both sides of human emotion on his new solo album, Hymns for the Hardened Heart, which he's funding through Kickstarter. He says the album is split into two parts: One side comprises playful rockabilly songs, and the other contains Southern gothic tunes evoking a darker Tom Petty & the Heartbreakers feel.

Loveday descibes the album, which he started working on in 2011, as similar to a book, because there are specific characters and a lot of the songs are named after people.

"It kind of reads like someone's fucked-up life," Loveday says. "There are a couple playful kind of love songs on there, but mostly it's a lot of death and a lot of just dysfunctional relationships."

While Loveday's album should be finished within three or four months, Reno Divorce is also gearing up to release a new EP, Fair-Weather Friends, in around three months, before heading overseas in July for the band's tenth European tour.