Why the Denver Vintage Reggae Society Poured Its Own Beers 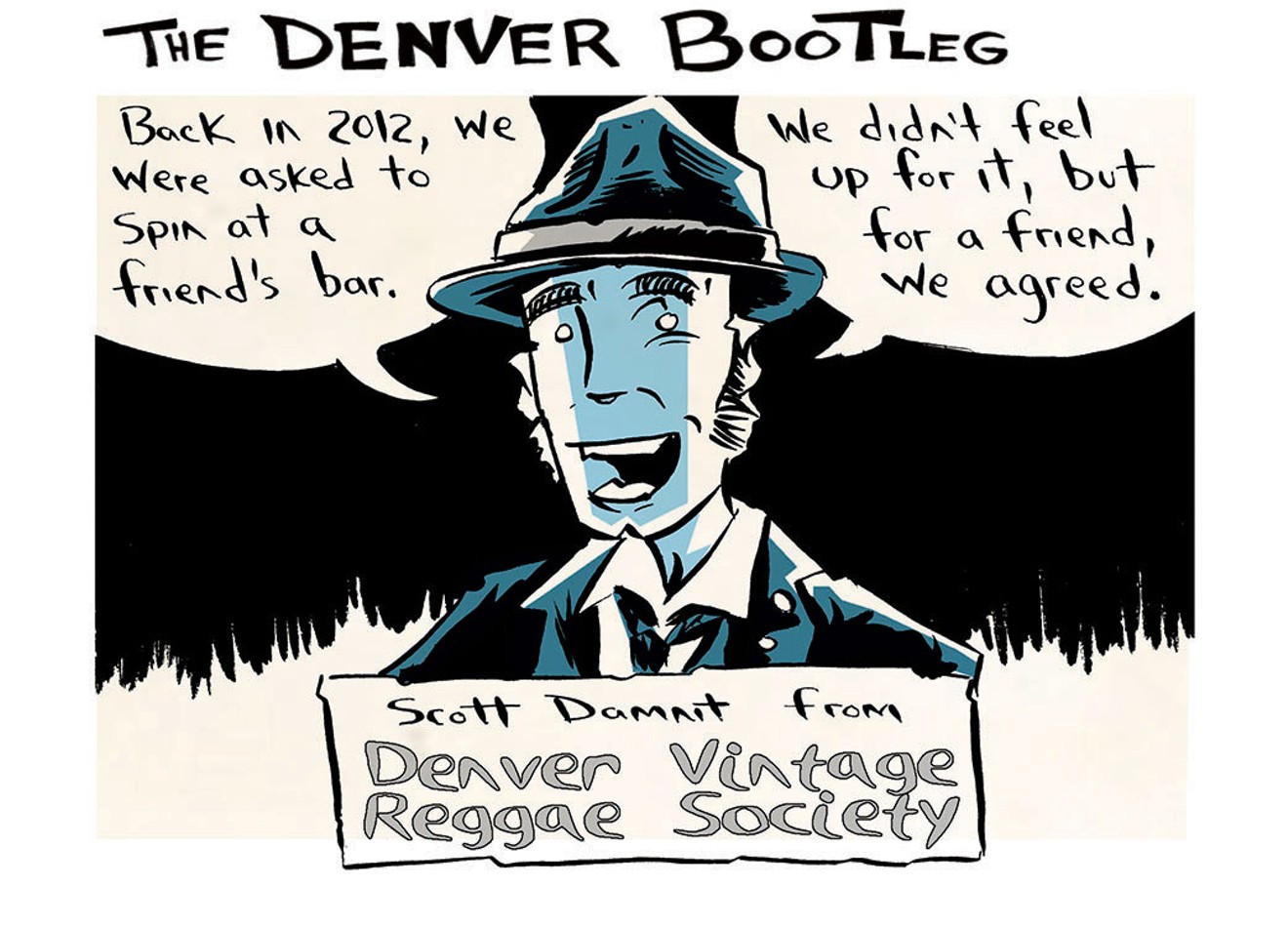 Karl Christian Krumpholz
Scott Damnit: “After weeks of promotion, we arrived to find a horrible band already performing. The bar had double-booked the night, and we were pissed. We were told to go to the bar across the street and wait till they finished. We had to wait to spin a show we didn’t want to do. Afterward, the bar was empty. Anyone who had come to see us had left because of the horrible and unexpected band. So we set up and started playing to a mostly empty bar. It was time for some beers. 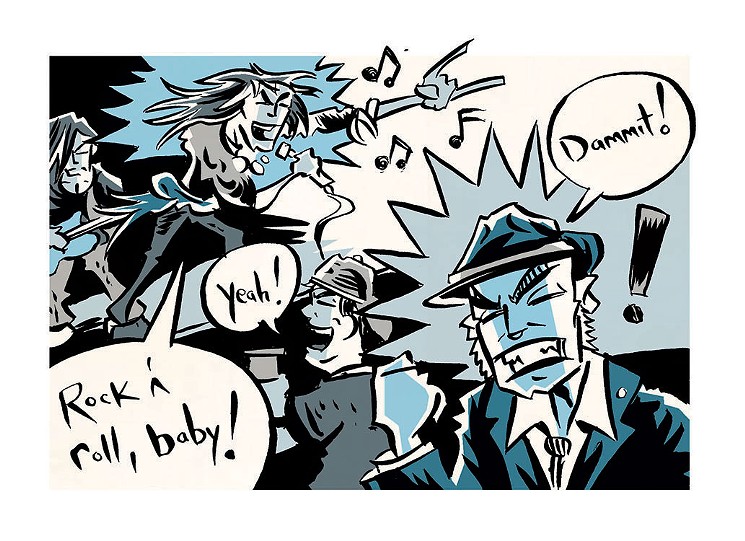 Karl Christian Krumpholz
“I waited a couple of minutes for the bartender, who was talking to the only two other people at the bar. Five minutes, then ten minutes...nothing. So I went behind the bar, grabbed two beers, slapped drink tickets down and returned to the stage. The bartender stormed up to the stage, grabbed the beers, then poured them out before sending the manager, our friend, over. He laughingly asked, ‘Did you really just do that?!’ I told him, ‘Yes, she wasn’t doing her job, so I did!’ Surprisingly, he didn’t kick us out; instead, he kept bringing us beers the rest of the night as we played records to an empty bar — even giving us a couple of beers for the road.” 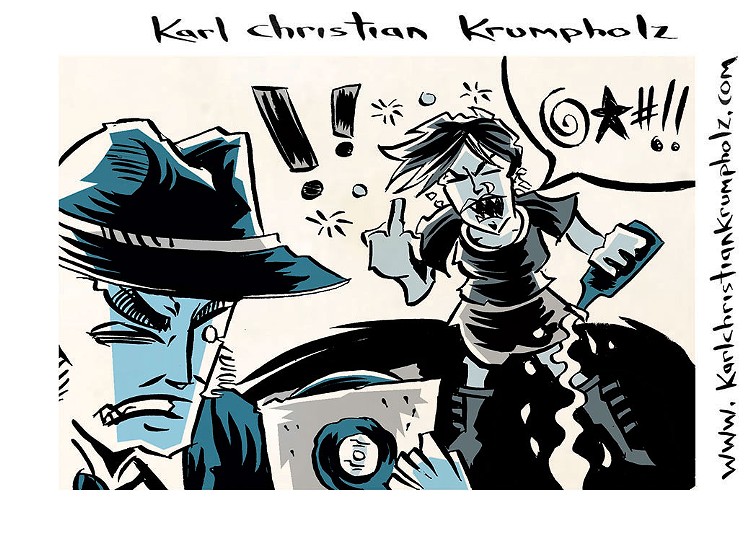