Sliver Christine Montoya
Roughly a year after Sliver played its first show, the Denver-based act is releasing its debut EP, titled Cringe Worthy. The fiery exuberance of the band and lead singer Chris Mercer's wiry and desperate energy were captured in their raw essence by recording engineer Jamie Hilyer at Module Overload. To even record the six songs that comprise the release involved Mercer overcoming a lifetime of obstacles, including a speech impediment he has had from childhood, heroin addiction and homelessness.

Mercer was bullied in elementary and middle school. He became a recluse who only “listened to music and played video games and didn't talk to many people,” he says.  By the ninth grade, however, he had developed a backbone and stuck up for himself against taunting. At that time Mercer had also acquired his first guitar and some confidence in communicating despite his anxiety and speech impediment.

“My speech impediment is why I started to sing, because I realized I could get a clear thought out if I sang,” says Mercer. “I learned that in speech class, because my teacher would have me speak to a metronome, and it helped get my thoughts out more clearly. She said, 'Why don't you start singing?' I never really paid attention to it until I started getting into music myself. Without the speech impediment, I might never have gotten into music in the first place. 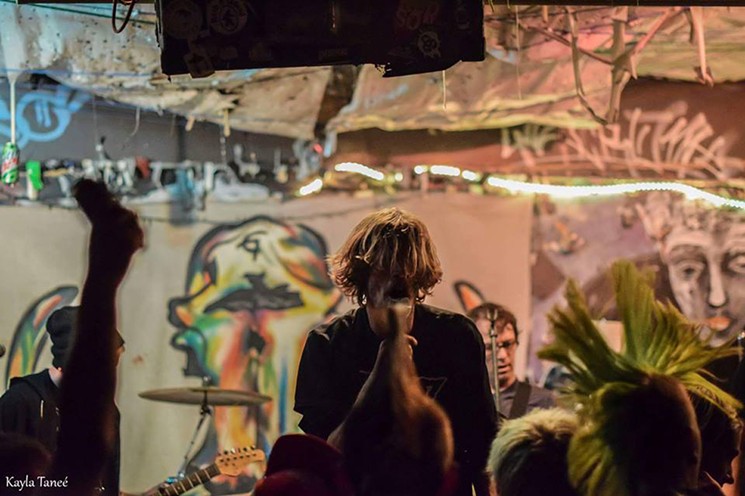 Sliver
Kayla Tanee
Throughout high school in the mid-2000s, Mercer played short stints in punk bands in the Washington, D.C., hardcore scene, including one performance at the storied 930 Club. But that didn't prevent Mercer from suffering from anxiety and depression because of his speech impediment. At sixteen he started a three-year battle with heroin.

His parents kicked him out of the house two years into his tangle with the drug. After nine months of being homeless in D.C., Mercer checked himself into rehab and kicked his habit. “The restless leg, the stomach pains and the rest: I wouldn't wish that on my worst enemy,” says Mercer of detoxing.

In 2012 Mercer relocated to Denver to pursue an ill-fated relationship. After a breakup, he moved from living with his ex-girlfriend to a friend's home. He left there and quartered himself at New Genesis, a nonprofit homeless shelter whose clients are required to pay a weekly fee for a room, to teach them responsibility. While going to school at Community College of Denver and before dropping out, Mercer worked as a gas-station janitor and in construction.

He also worked at New Genesis, where he learned to control his temper.

“They helped me to subdue that,” says Mercer.

The program's director, Tammy Carroll, would chide Mercer: “When are you going to start a band?”

Finally, Mercer did, after playing an open mic at Rockabillies in Arvada. Host John Kaufman hooked Mercer up with drummer Ethan Andrews, whose brother played bass. The siblings and Mercer formed the core of the band, and then brought on guitarist Dana Robbins, as well.

Mercer also connected with the Denver underground music scene through like-minded bands like Dramad and Television Generation, who have a footing in punk, garage rock and grunge. 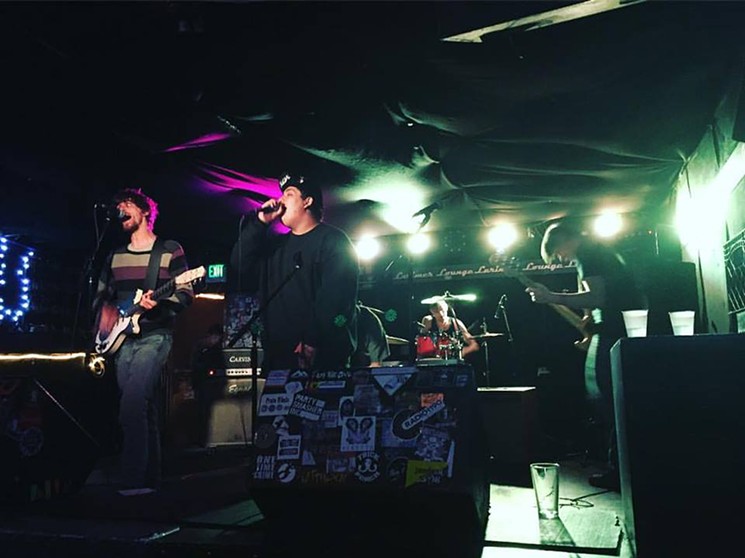 Sliver
Will Hayden
Despite several strikes against him earlier in life, Mercer feels he's headed in a good direction; he's proud of contributing to a Rock Against Trump album.

“I'm grateful for everything that's happened in my life,” says Mercer. “They've been growing experiences, and while I've gone through some shitty situations, I wouldn't change anything at all, because I wouldn't be the person I am now.”