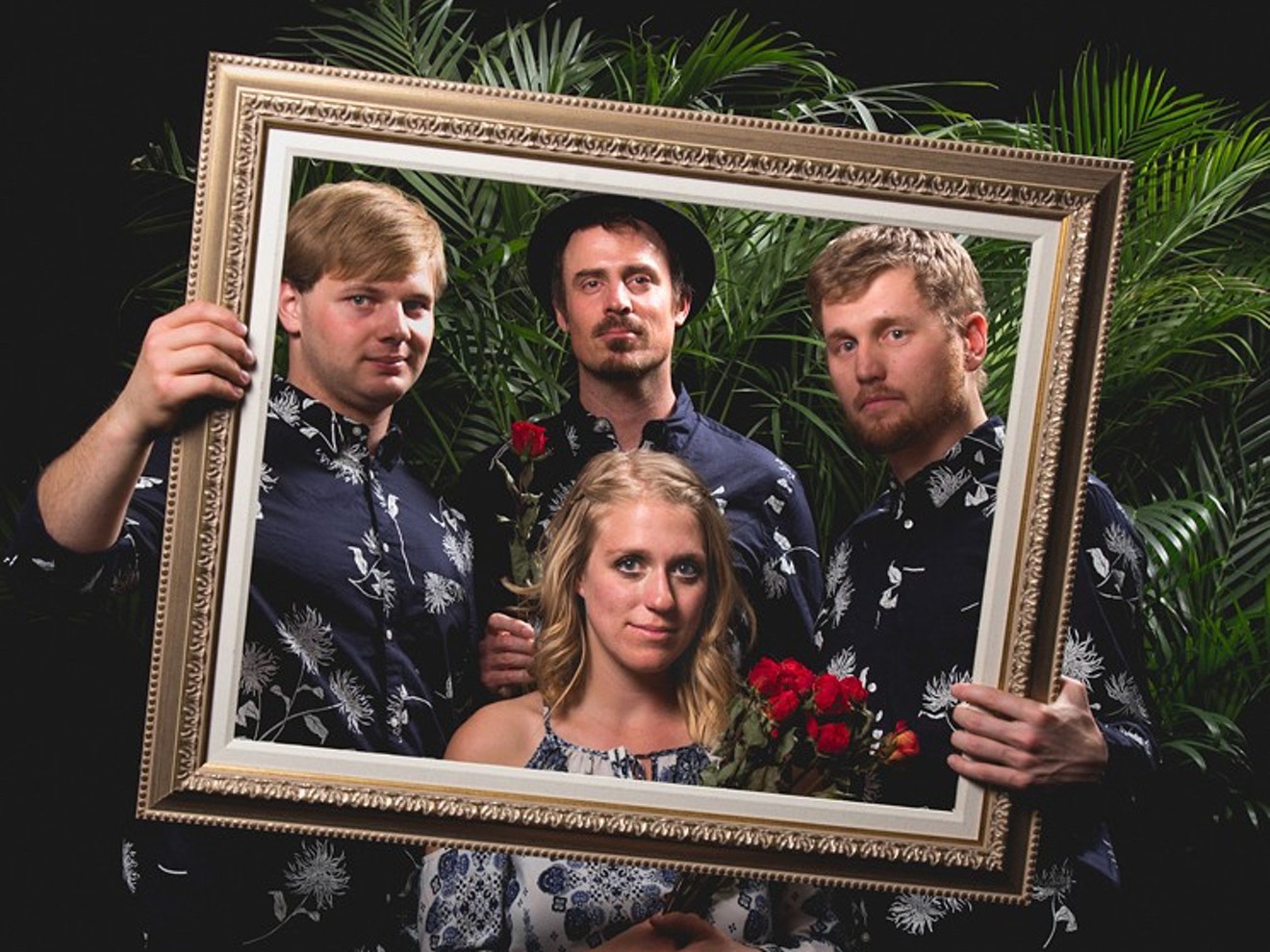 Thunder and Rain plays Globe Hall on Friday, June 2, and the Westword Music Showcase on Saturday, June 24. Raleigh Gambino
In the summer of 2011, Erinn Peet-Lukes posted on Craiglist that she was looking for someone to busk with at Pike Place Market in Seattle. Unbeknownst to her, she was planting the seed for what would become one of Colorado's finest bluegrass acts.

Her ad was answered by Golden native Pete Weber, a proficient mandolin player who busked with her for the rest of that summer. Before long, Weber had shared his love of bluegrass with Peet-Lukes, whose influences included artists like Van Morrison and Simon and Garfunkle as well as acoustic songwriters like Conor Oberst and Jack Johnson. Weber convinced Peet-Lukes to move to Colorado, where they recruited bassist Ian Haegle, and Thunder and Rain was born.

The band, which will play this year's Westword Music Showcase, released its debut, Holler Out, in the fall of 2015. The album serves as a powerful mission statement that fuses the musicianship of traditional acoustic bluegrass instrumentation with strong vocal lines and fine-tuned pop sensibilities. This helped the band fit right into Colorado's bluegrass scene, because, as Peet-Lukes notes, "What Colorado musicians really do well is make bluegrass more palatable for twenty-somethings."

Thunder and Rain put out its followup, an EP called Run With You, last summer. For that album, the act experimented with a country-rock aesthetic rich with pop-oriented hooks and a robust rhythm section. Around the same time, the musicians played a festival in Vancouver, where they met dobro player Christ Herbst, whose voice filled out their sound.

The band is set to put out the album Start Believing in the fall, and will release the track "Babe, You're Gonna Leave Me" at Globe Hall on Friday, June 2.

Peet-Lukes, the group's chief songwriter, formulated the idea for the song while out on a walk, a common practice of hers. The singer/guitarist has a creative process that manifests itself in different ways, including both focused practice and complete spontaneity. She explains the value of the latter by saying, "If [musical ideas] come out at random times, they're usually more truthful." However, when the creative spirit eludes her, a sincere love of songwriting keeps her focused on her craft.

"Even if you're not inspired, you should try to write," she adds.

Ultimately, that sincerity, more than anything else, is what makes Thunder and Rain such a special band.

When asked what she hopes audience members come away with after a show, Peet-Lukes replies, "My goal is for the audience to walk away with one song that they want to go home and download immediately because it mirrors a situation they're going through."

Be sure to catch Thunder and Rain at the Westword Music Showcase on June 24. You can purchase tickets for Showcase here.