For Fans of Trap Music, This Art Car Is the Hottest Attraction at EDC Vegas Electric Daisy Carnival’s newest addition, the Parliament Art Car, is parked outside the gates of the festival's massive Kinetic Field stage. An exclusive group of partygoers have been admitted onto the second-story dance floor of the open-air, triple-decker bus. They’re drinking from the private bar’s red Solo cups and dancing to headliner Troyboi’s trap beats as they reverberate from the car’s boisterous Funktion-One sound system. The party has spilled out onto the hard pavement of the Las Vegas Motor Speedway, and a copious crowd of dancers are disrupting the flow of fans headed to see Tiesto.

This raucous scene was orchestrated by Andre Benz, the purveyor of Trap Nation, YouTube’s 44th most subscribed channel (at the time of this writing). He is watching Troyboi sling 808 drum beats from the bus’s second deck and absorbing his handiwork. This is the New Jersey native's first time standing on the grounds of a music festival.

At first glance, Benz — who asked not be photographed — is not the perfect personification of trap music. He has an innocent, boy-next-door look. He’s taking an ambitious shot at facial hair, and an average Santa Ana wind would provide a firm challenge to his feathery center of gravity. But at 20 years of age, he might be the most influential tastemaker in the hip-hop-infused dance-music genre known as trap.

A past YouTube gamer and vlogger, Benz uploaded a Flosstradamus remix of Major Lazer’s “Original Don” in 2012 as an attempt to build a personalized playlist to share with his gamer friends. He was already making a few hundred dollars a month from his gaming videos, a small fortune for someone still in high school, but didn’t realize the potential for the channel until a remix of Miley Cyrus’s “Wrecking Ball” catapulted his brand into the trap limelight.

Benz took six months to restructure his channel’s branding. He added an audio visualizer to all of his videos, which has since become the standard for all electronic-music uploads on YouTube, and focused his curation on the small, burgeoning niche that would eventually be known as “future bass.” The sound is a blend of trap percussion and the weighty yet emotive synthesizers of trance.


With Trap Nation, Benz has publicized a more laid-back version of the trap genre that's more conducive to day-to-day activities. “There’s no listenability to [club trap],” he explains. “I don’t want to sit on my computer and work to fucking Flosstradamus. Don’t get me wrong; they’re amazing. I’d go to a club and listen to them, but you’re not going to listen to the music on Trap Nation in a club, because it’s more melodic. There’s a structure to it. It’s not just about the drop.”

Benz’s ability to identify a void in electronic-music curation ignited the channel, and he quickly prioritized his online presence over real-life academics. To his peers, his lackluster commitment to school looked like a “senior slump”; in reality, Benz was waking up at 3 a.m. every day to get a full six hours of work in before the first-period bell.

His social and professional life was primarily digital. Benz ran his company as an avatar, building online relationships with fellow electronic-music revelers around the world. Once the channel started turning a sizable profit, he skipped graduation at his Menlo Park high school — his family had moved from New Jersey to the Bay Area before his senior year — and went to Hawaii with a friend he met through gaming.

“Insomniac is committed to supporting and fostering new talents, whether it’s a producer, a promoter, or the different types of artists we feature at our events,” says Insomniac founder Pasquale Rotella via e-mail. “They are built from the scene, and their growth is exciting for us to see. Not only do we want to support them; we want to know them and build relationships with their fans.”

Trap Nation’s runaway success and dedicated audience is upending old music-industry notions of how music is shared and enjoyed. “Major [labels] are still thinking iTunes is the most important thing to focus on, which is absurd,” says Benz. “I don’t know anyone that buys music anymore.” 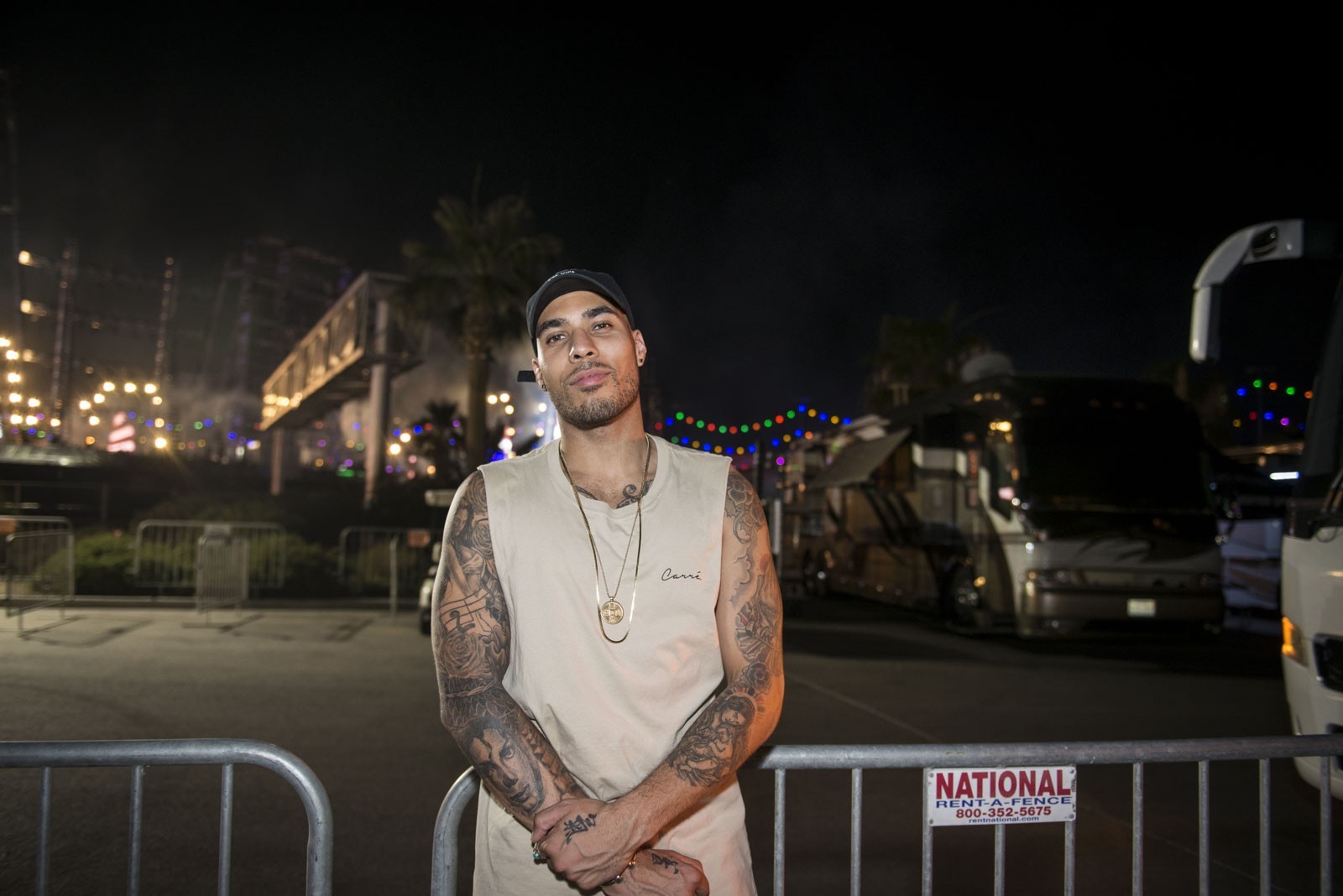 Benz's Saturday night Parliament Art Car headliner, Troyboi, echoes this sentiment. “Majors are much more controlling in regard to what they want you to put out, that's for damn sure,” he says after his set. “I was and am in a situation where the majors were playing a big role in telling me what they wanted to hear and not listening to what I wanted to put out. So the more indie labels and more indie channels are definitely more open, and they just want to listen to the music. That's what I prefer, and that's what made me grow — not the majors.”

Benz has supported many acts over the years that have gone on to command EDC’s most coveted stages, including Marshmello, the Chainsmokers and Illenium. He's acquired his tribe organically and hasn't felt the need to reinforce the brand through traditional marketing. Although Trap Nation does now employ a marketing director, Kerick Stevens, Benz and his team still maintain a minimal advertising budget and focus mainly on building Trap Nation's social-media presence.

“Whenever I see a new platform that people are using, I make a profile and start uploading content,” explains Benz. “If I can be the first curator on that platform, people see us as the masterminds behind curation. Musical.ly is a fantastic example. We were the first brand to make an account on Musical.ly when it was still a new app. Now we have two million followers on it.”

“It’s not even about being smart,” affirms Benz. “It’s just who is the most self-aware in that generation to do something that’s worth your time.”