Spacing Out: Verses the Inevitable Looks to the Stars on "Dark Matter" 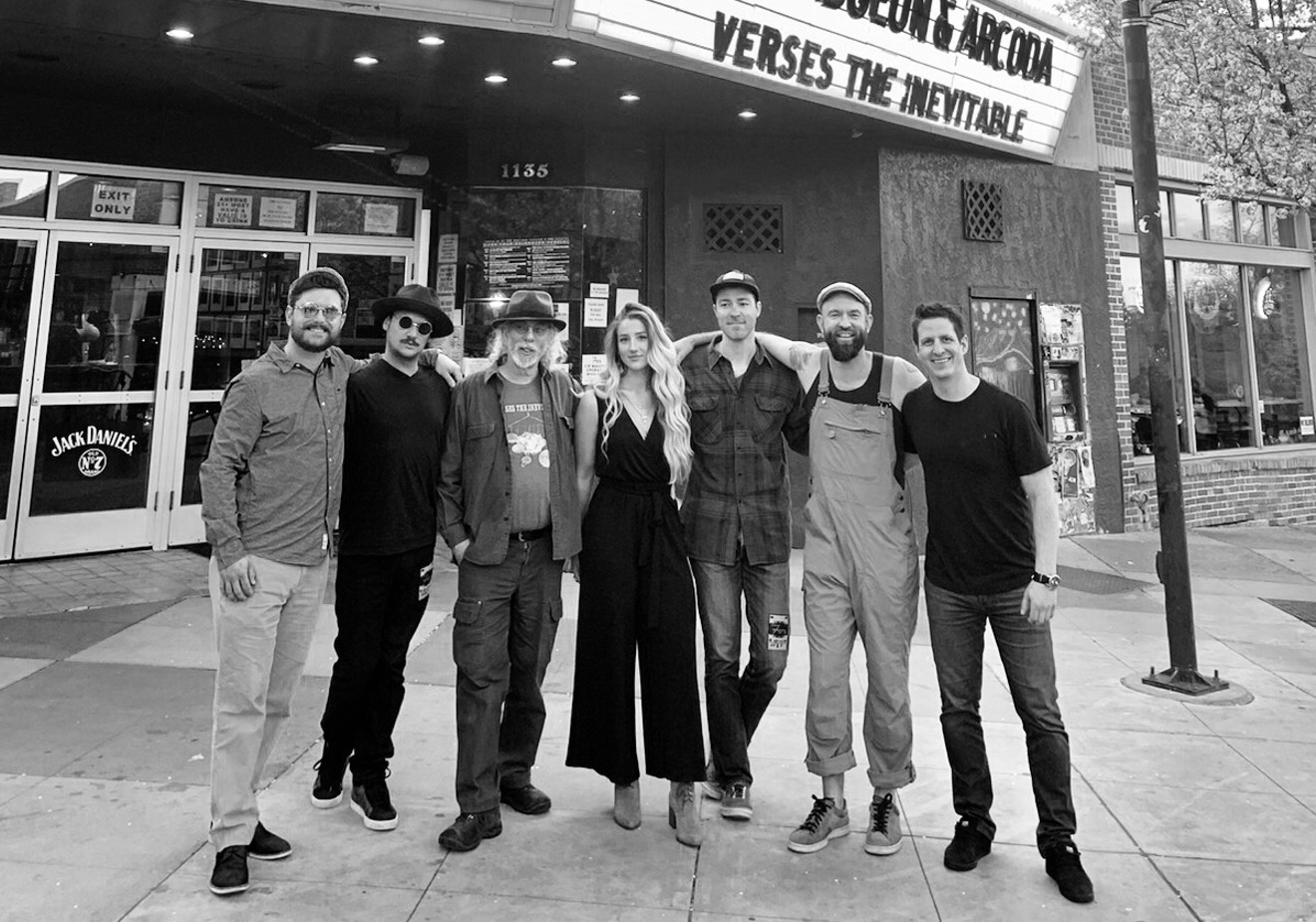 “This song, in particular, was coming from a place of loneliness and trying to find a connection in a world that seems more and more disconnected,” says Hertel, the band's primary lyricist. “It’s a song about searching for a spiritual connection.”

The lyrics of the three-and-a-half-minute Americana tune contain imagery about the universe, including the poorly understood dark matter. That's the substance that is said to make up a large majority of the known universe, yet we can't see it, nor do we know much about it.

The song can come across as sad on a first, casual listen, but Hertel says it’s not meant to be, and he wants the lyrics to convey the message that we are all part of the same stardust.

“I really did want it to be more of like a solace in the undefinable and the unknown,” he says. “Especially these days."

He adds: “Overall, the theme of the song is just understanding that we’re more than just a collection of spinning, vibrating atoms. Our purpose sometimes feels unknown and difficult to define.”

The song could have easily been written in 2020, a rough year and a perfect time to fall into a philosophical mood, but Hertel actually wrote it in 2019, during a backpacking trip in South America. He was going through a breakup — another great time to be philosophical.

“It kind of hit me in the airport,” he says. “I was by myself and was listening to a lot of Sean M. Carroll quantum physics lectures. I don’t know why I got into quantum physics and quantum mechanics.”

He’s admittedly not a science guy, but he found his mind blown by some of Carroll’s musings on the universe. They rubbed off on him, and if you enjoy the cosmological musings of “Dark Matter,” you’ll probably love that Verses the Inevitable’s upcoming album is called Quantum Folk. The album — the group's third — addresses the relationship between physics and emotional states, among other things.

“It’s kind of this weird place I was writing from. I was just in a place where I was feeling kind of lost,” Hertel explains. “I was listening to a lot of lectures on entanglement and space and different theories of how the universe is made up.”

The next singles the band plans to drop ahead of Quantum Folk's release later this year are a little more “up” and forward-moving, Hertel says. But the album marks a departure for the group, in terms of both sound and his lyricism. Verses the Inevitable’s debut, All Debts Paid, and its follow-up, Grit & Grace, took more inspiration from his journey to sobriety. Now that he has seven years of clean living behind him, he's moved from drawing on his past to writing about the present.

Hertel has always felt that he was blessed for getting to work with the talented lineup of musicians that make up the band, and he thinks Quantum Folk will be their best album so far — the most refined, and more relatable to people in general. He’s told the stories from his past that he needed to tell, and he’s ready for new things.

“My writing has gone to a place that’s way more me trying to process emotions,” he says. “I’ve been clean for a long time now. But I’m still trying to figure out what I’m feeling and how to express that.”

"Dark Matter" and Verses the Inevitable's first two albums are available on Bandcamp. Look for Quantum Folk later this year.
KEEP WESTWORD FREE... Since we started Westword, it has been defined as the free, independent voice of Denver, and we'd like to keep it that way. With local media under siege, it's more important than ever for us to rally support behind funding our local journalism. You can help by participating in our "I Support" program, allowing us to keep offering readers access to our incisive coverage of local news, food and culture with no paywalls.
Make a one-time donation today for as little as $1.