What Happened to Wilson Phillips? 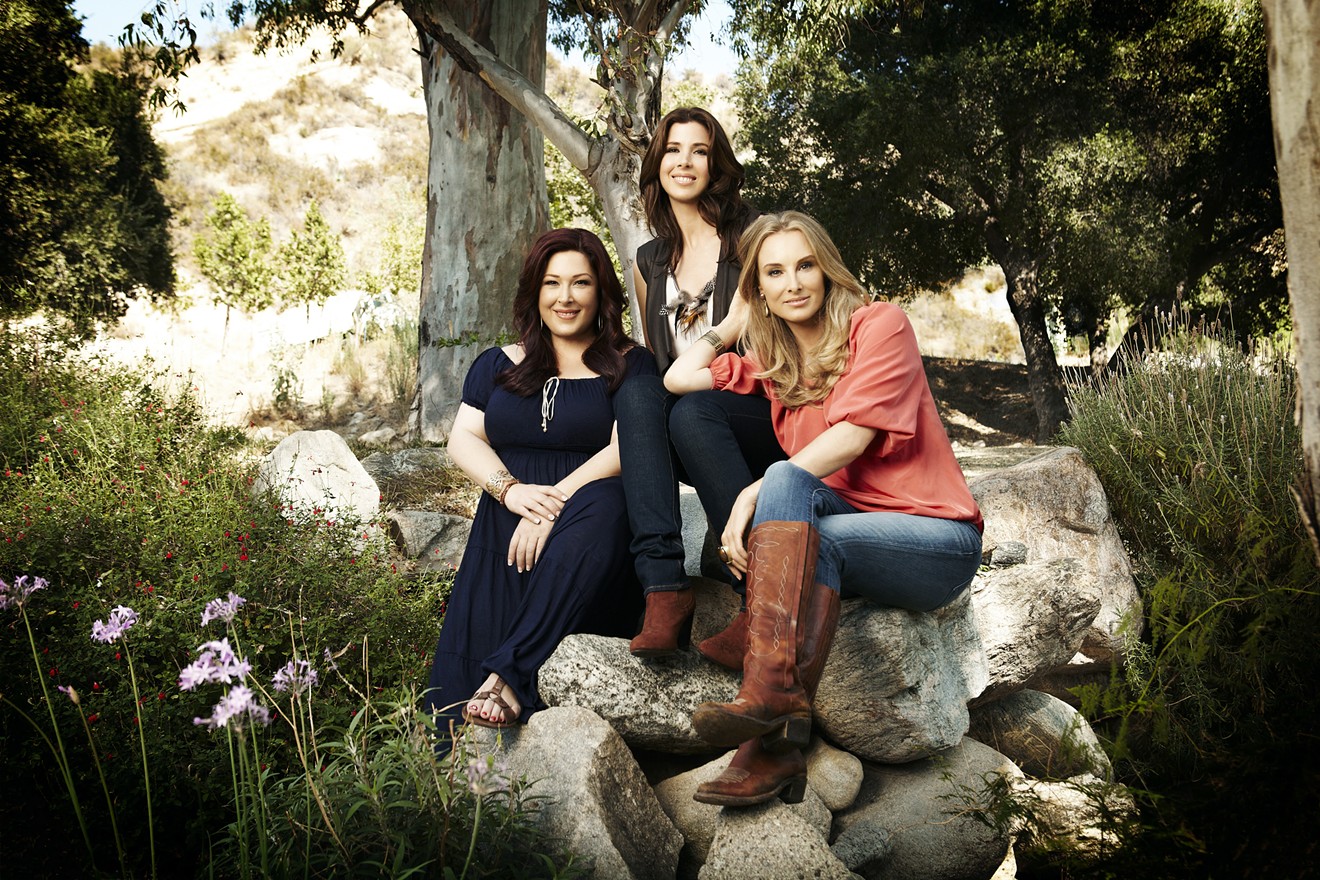 Wendy Wilson (center) with Wilson Phillips. Jeremy Cowart
When Wendy and Carnie, daughters of the Beach Boys’ Brian Wilson, and Chynna, daughter of the Mamas & the Papas’ John and Michelle Phillips, joined forces in 1989 after years of childhood friendship for the not-particularly-imaginatively-but-super-effectively-named singing group Wilson Phillips, they looked like an unstoppable force for a tiny moment in time.

Their 1990 self-titled debut album was a smash, helped by the still-beloved “Hold On” single. Throw in the fact that the three women had inherited their parents’ gift for penning hooky melodies and singing beautifully in harmony — plus the fact that they could pull from both family songbooks in concert when they wanted to — and they had everything going for them. But 1992’s Shadows & Light album didn’t perform quite as well commercially (far from a flop, but the bar was high after the debut), and it remains the last album of original Wilson Phillips material; the band split right after it. In 2004, the three women joined forces again for a covers album, California, but they couldn’t keep it together.

In 2010, though, Wilson Phillips reunited for a second time and released a Christmas album, Christmas in Harmony. Two years later, another covers album came out called Dedicated, this time showcasing songs recorded by either the Beach Boys or the Mamas & the Papas. Wilson Phillips continues today, and it looks like that will remain the case. And the key? Taking it easy.

“We’ve done minimal recording together [since 2010], so basically we have a really great show that we have been touring for this time,” says Wendy Wilson. “It’s a lot of fun, and it just keeps up the momentum. If people still want to hear us, we’ll still play. It seems to be the case. We sell tickets, and we’re very happy about it.”


She’s not wrong. Wilson Phillips is back out on tour, performing at decently sized venues such as the PACE Center in Parker, to enviable crowds. Despite the fact that the groupw hasn't released any new original material for over two decades, the fans just won't let go.

“It’s loyalty, which we really appreciate,” Wendy says. “There’s a universal message of positivity in the music, and people need that. It just inspires people, and that kind of thing never gets old. It inspires people today just like it inspired people back in 1990. I think that we have a new audience now, a new generation, because of the movie Bridesmaids (Wilson Phillips cameoed performing ‘Hold On’ toward the end of the movie). I think that really helped. And I just think it's great that...twenty-somethings will come to the show, and then we’ll also have our die-hard fans that are our age, in their late forties. It’s kind of cool.”

The three women have been considering a new album, but getting them all together for the amount of time it would take is very difficult these days. Between them, they have nine kids, and Wendy says that’s where most of their energy is directed.

“We really put everything into our records,” she says. “It’s a daunting thought to think, ‘Oh, my gosh, we’re going to get together for three months and dedicate every moment to this, besides putting our kids to bed.’ That’s the main reason why we haven’t done it. But it’s in our heart. Of course we want to create together again. We plan on doing it; we just have to find the right time.”

Instead, for now, we have to be content with the short bursts of touring that they indulge in. Wendy says that she still loves getting up on stage with her sister and best friend and singing, harmonizing. But the traveling in between is what drags them down. Again, though, the fact that they have a loyal and dedicated fan base that knows way more songs than "Hold On" keeps them going.

“I’ll tell you, there are a lot of people who come to hear ‘Hold On,’ that’s true,” Wendy says. “But there are die-hard fans who come to hear a lot of the more obscure songs that nobody’s ever heard about. There are people who like ‘Impulsive,’ or ‘You’re in Love’ — it just depends on the crowd and the people. It’s not all ‘Hold On,’ but yes, ‘Hold On’ is definitely our most popular.”


It’s now been seven years since the group reunited for a second time, and the “work when we can fit it in” approach is working for them. There’s no pressure on Wilson Phillips in 2017-18. Any lofty expectations based on the magnificent work of their parents has melted away; we know that sweet pop anthems, rather than era-defining slabs of genius, is what we’ll eventually get, and that’s no slight on the women. More important, they’re closer than they’ve ever been.

“When we disbanded, it was a little strained for a while,” says Wendy. “But then, as the years went on, we had a lot of compassion for each other. We spent a lot of time together when we were growing up, and we just needed a break. So I think now that we’re older, wiser and all that stuff, we appreciate each other all the more — the good, the bad, and the ugly. We just love each other more than anything in the world. It’s really nice, because it’s like a celebration every time we get together.”

A celebration is exactly what it is, a notion fueled by the fact that they play their parents’ material every night on tour. The collective family arsenal is immense; Wendy notes that her favorite Mamas & the Papas song to sing live is, unsurprisingly, “California Dreamin’.”

As for her dad’s stuff…

“‘God Only Knows’ is a classic, so that’s a great one,” she says. “It’s not really that easy to sing the Beach Boys songs. First of all, because it was the male voice. The harmonies are great, but it came from a male’s perspective, and a lot of the lyrics are that way. I would say ‘God Only Knows,’ and also, ‘Wouldn’t It Be Nice’ is a good one.”


We’ll get to hear it all in Parker, and Wendy is delighted to be coming back to Colorado. She’s been paying close attention to this region’s appearances on reality-TV food shows.

“It’s gorgeous — the snow and the mountains,” she says. “It’s a beautiful, picturesque place to go. I watch the Food Network, so I watch Diners, Drive-Ins & Dives. I see all these restaurants, and I think there were a couple in Colorado that I want to check out. Carnie and I love food. We love to go to restaurants and try new things. I’m going to check out what Colorado and Denver has to offer. Go and figure it out.”

The set will be packed with the old and the new, covers and tunes from those first two albums. The hits will be aired and, when the tour is over, Wendy says that there might be something special in the works for 2018. Maybe.

“We will continue to do dates when they come in,” she says. “Maybe, just maybe, we’ll start to write music. Probably individually, and then when we muster up the courage, we’ll get together and start recording.”