More than a year later, on Thursday, September 23, the organization will finally celebrate its launch. Although the pandemic didn’t stop the nonprofit networking organization from reaching community members virtually, the launch party will be the first time Denver organizers are bringing people together in person. The free event will begin at 6:30 p.m. and include the music of DJ Simone Says and snacks from the Maiz Denver food truck.

Women in Music was founded in New York in 1985 as a nonprofit focused on advancing, empowering and educating women in the music industry. The organization has since expanded to include sixteen chapters in the United States and nine international branches.

Dolan, who was a member of the organization in Chicago before she moved to Denver in 2018, helped found the Denver chapter.


“I have been in the music business for a very, very, very long time,” she explains. Dolan used to work as a music supervisor for advertising agency Leo Burnett, connecting artists with brands and helping them make money while practicing their craft. 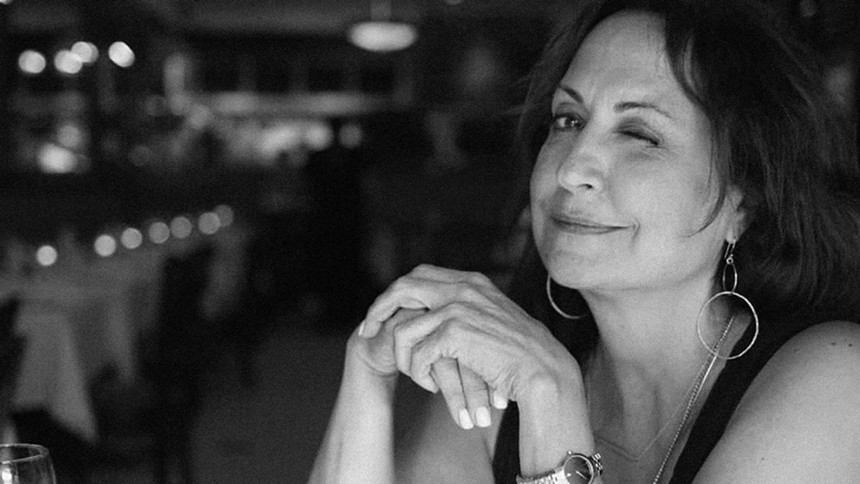 Bonny Dolan spearheaded the Women in Music Denver chapter as a way to help mentor and connect younger women musicians.
Renee Schmidt
She sees Women in Music as a way to help mentor young women seeking careers within music, especially when those career paths aren’t in the spotlight. “I don’t play the piano. I don’t play guitar. There’s so many different aspects of the music industry,” she adds.

Arielle Rubin, also a co-chair of Women in Music Denver, agrees. Her background is in digital marketing and strategy. “You don’t know what your community looks like until you’re exposed to all the different facets,” Rubin says.

Although Rubin grew up in Denver, she left Colorado because there were more opportunities in New York City. But times changed, and Denver's music industry grew. “I was really jealous,” she says. So she returned home.

But once she moved here, she felt like Denver networks were “siloed,” and she and Dolan wanted to play a role in building bridges between professionals. The chapter is specifically focused on “uniting our community and allowing space for people to uplift one another, advance their careers, meet like-minded women and meet other people of the community who feel marginalized,” Rubin says.

“For me personally, I started out as an assistant at Sony Music, an entry-level position in the music industry,” Rubin explains. “It’s just this old-school music industry way of thinking that girls are really good assistants. I value that time. I got a ton of experience...but I probably didn’t need to start at that level.

“It takes women just a little bit longer to reach levels than their male counterparts,” she adds. But networking events such as a launch party can be a way of overcoming barriers faster.

Women in Music Denver’s official launch party includes attendees who work for Live Nation, AEG and 7S Management, a Denver-based management company representing artists such as Nathaniel Rateliff & the Night Sweats, Tennis, the Velveteers, and Kiltro, as well as many other national acts.

Rubin and Dolan met at a 7S event themselves, and they hope Women in Music events like the launch party will allow them to share their own connections. Rubin currently works remotely for Nettwerk Music Group, a record label and management company based out of Vancouver and Los Angeles. Dolan sits on the San Francisco Recording Academy (Grammy) Board, representing Colorado, works for the Chicago-based Comma Music, and freelances.

The launch party offers both networking and a chance for organizers to learn what skills community members are most interested in learning. During the pandemic, Women in Music Denver hosted a virtual panel on “how to start your own business,” Rubin says. But they’re open to offering workshops about other aspects of the industry.

“If you work in the music industry,” Rubin says, “we want to see you, and we want to know you. It’s a free event to unite everyone.”

“There’s a trust with all of us. We all have the same goal,” Dolan adds. “It's wonderful to have the support and guidance.”

The Women in Music Denver launch party takes place at 6:30 p.m. on Thursday, September 23, at Fort Greene Bar, 321 East 45th Avenue. RSVP on the event page. Stay tuned for additional events and panels through Facebook, or follow the official Women in Music Instagram.
KEEP WESTWORD FREE... Since we started Westword, it has been defined as the free, independent voice of Denver, and we'd like to keep it that way. With local media under siege, it's more important than ever for us to rally support behind funding our local journalism. You can help by participating in our "I Support" program, allowing us to keep offering readers access to our incisive coverage of local news, food and culture with no paywalls.
Make a one-time donation today for as little as $1.
Claire Duncombe is a journalist, photographer, multimedia storyteller and musician. She is a recent graduate of CU Denver, and a proud Philadelphia native.
Contact: Claire Duncombe