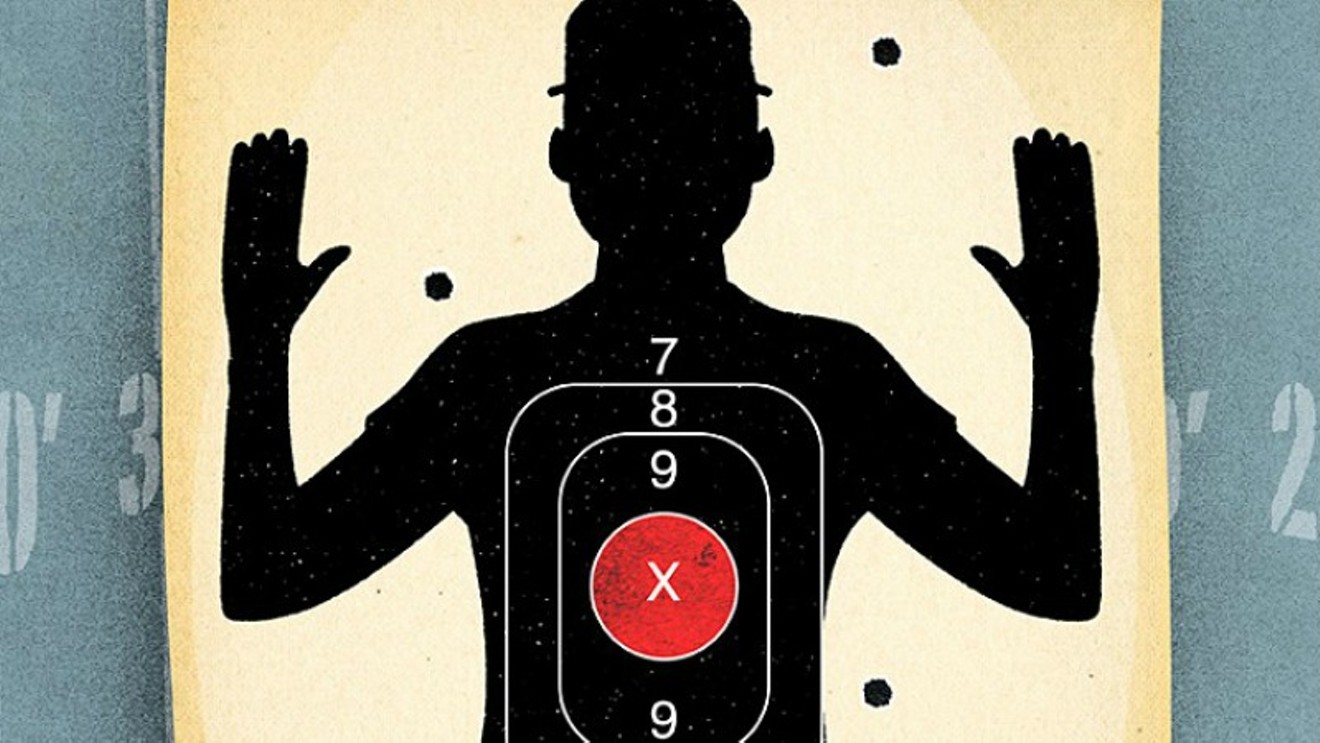 Additional images below. Westword illustration
A new study of Denver police shootings between 1983 and 2012 concludes that approximately 47 percent of them were questionable, 18 percent were problematic and just 35 percent were what co-author Robert Durán considers to be legitimate.

These findings will no doubt resonate with those who attend the third of three public meetings about the Denver Police Department's new use-of-force draft policy, scheduled from 10 a.m. to 1 p.m. on Saturday, February 4, at the Red Shield Community Center, 2915 High Street.

Durán is currently an assistant professor in the sociology department at the University of Tennessee. But he grew up in Denver, and prior to moving into academia, he was a gang member — a journey detailed in the 2004 Westword feature "Street Wise."

A key part of Durán's story, and a major motivating factor for him to delve into researching police use of force, involved the April 25, 2003, shooting of Michael Grimaldo. Not only was Grimaldo unarmed at the time he was shot, but, as Durán notes, "it happened right in front of my apartment complex," where he lived with his wife and two children. 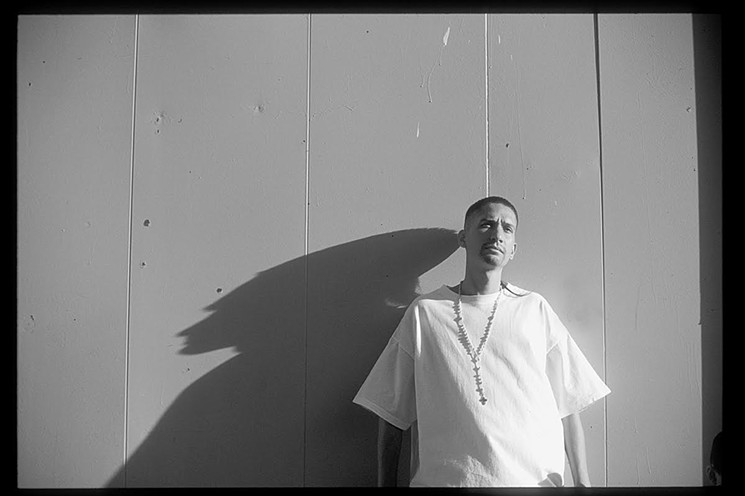 Robert Durán at the time of our 2004 feature article "Street Wise."
Photo by John Johnston
"The police officer thought he was going for a gun, but he didn't have one," Durán says. "The shooting was ruled legally justified, and that was kind of disturbing to me. I thought, how can something like this be justified when he wasn't presenting a direct threat to the officer or anyone else? And the officer in that shooting was involved in another shooting something like six months later under the same conditions — he thought someone had a gun."

At the time, Durán was involved in research about gangs. But after the Grimaldo shooting, he began to think about "these other groups in society who have power and who are engaging in violence, but their behaviors are seen as legitimate. I asked myself, what is the different context of these groups?"

This question is among those explored by the study, published by the Contemporary Justice Review under the title "Exploring the Two Trigger Fingers Thesis: Racial and Ethnic Differences in Officer Involved Shootings." Durán also penned "No Justice, No Peace: Examining Controversial Officer Involved Shootings" for the Cambridge University Press's Du Bois Review. The article focuses on the most controversial shootings that cropped up in his research.

Here's a list of the latter, complete with dates, brief descriptions of each incident and whether or not the individuals involved were innocent, as well as sources Durán used to get his information, many of them official; he praises the Denver District Attorney's Office, among other local agencies, for detailed record-keeping that made his study possible. 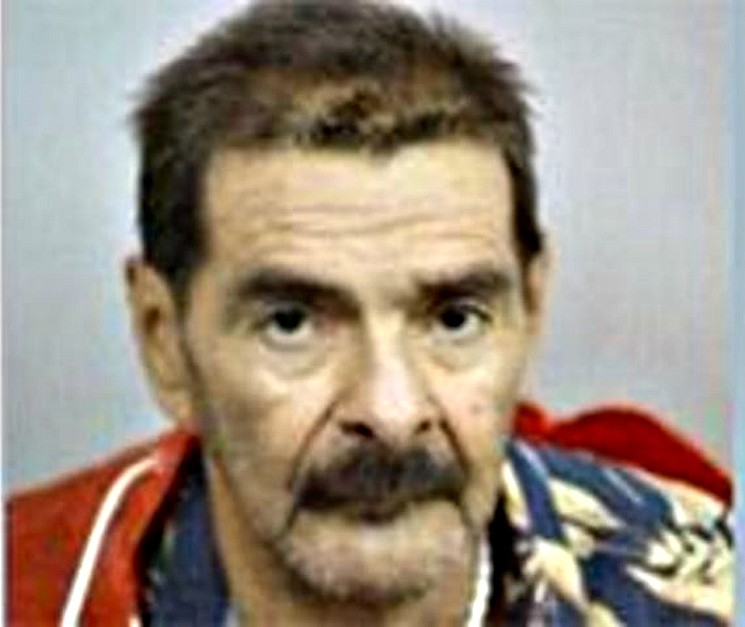 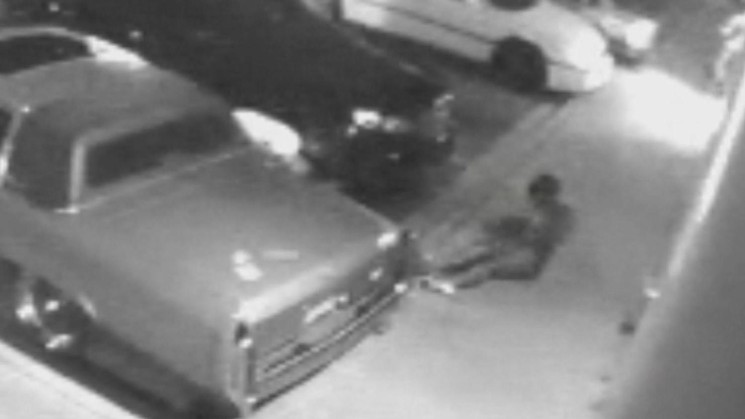 These were hardly the only officer-involved shootings to take place during the period Durán analyzed. Overall, he looked at 218 shootings, 103 of which were fatal. But in the twelve cases above, he believes that "there's a larger pattern, where it's clear that you don't actually have to be involved in criminal conduct for you to be shot by the police. It's more a fear of a danger to the officer's life or the fear of someone else's life — but that subjective opinion isn't always supported afterward." 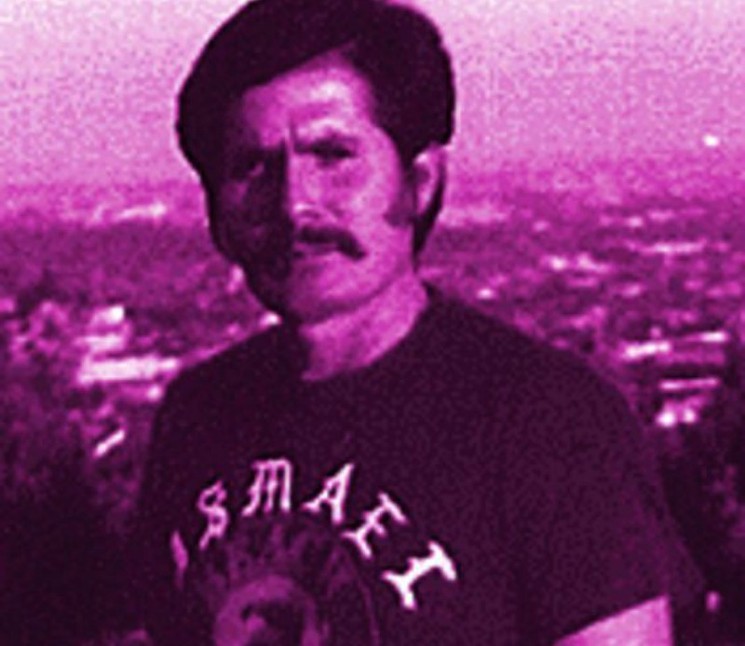 Ismael Mena.
File photo
Examples include the case of Ismael Mena, who Durán says was "asleep in his room when the police came in — and they had the wrong house. There's also Frank Lobato, who wasn't the one police were trying to arrest; Lelani Lucero, who just happened to be in the house at the time; and Diamond Demmer, who was walking after going to a club. None of them did anything wrong, but still, the shootings themselves were justified, because the police officers' perception overrode the incidents themselves."

In only two of the twelve cases were the officers charged with criminal behavior. As Durán points out, there was a conviction in the shooting of Thomas Jackson, who was wounded by a young cop on a moonlighting gig. "He didn't seem to have the same form of protection that a more veteran Denver Police Department officer would have — the blue wall they put up, where they all stand united," he says. But the trial of the officer in the Steven Gant shooting resulted in a mistrial, and prosecutors chose not to try the case again.

The racial disparity when it came to officer-involved shootings was especially shocking in light of another discovery made by Durán. He found that "blacks were no more likely to be involved in a serious crime or to injure an officer than whites. You'd think a reason for the rate at which they were shot would be related to those themes, but if they're no more likely to be a threat to officers than whites, why are the rates so much higher?"

At the beginning of the period covered in the study, Durán says, the number of police shootings was at a high point, with fluctuations over the years prior to what seemed to be a decline leading up to 2012. But he's continued to observe the Denver scene since then, and he says, "they shot back up in 2013. Now, it almost seems to be like we're going back to the way it was in 1983." 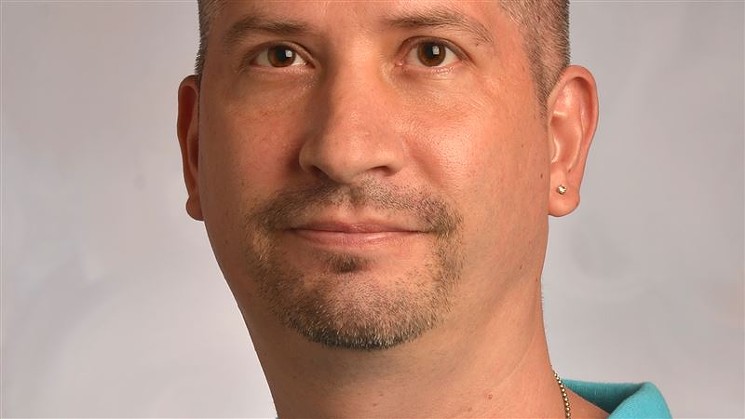 Robert Durán's University of Tennessee portrait.
sociology.utk.edu
Why? He doesn't have the answers.

"I know there's been a change in mayor and police chief, but it seems like they feel that, through these internal reports, they're meeting or even exceeding their use-of-force guidelines and officer-involved shootings compared to many police departments in the nation," he says. "It's almost like they see it as out of their hands and they're doing the best they can. But I don't know that this is connected with individual actors. I see it as a larger institutional issue in the context of Denver itself."

If so, another piece of data connected to the shootings between 1983 and 2012 demonstrates that justice is seldom done in such instances.

"Of the 218 shootings, there might have been one where that person could possibly have faced the death penalty," Durán reveals. "All the other cases could have resulted in criminal charges and possibly prison, but just that one might have been a death-penalty case — and 103 people died. That robs the judicial system from determining their guilt or innocence. We don't know what sentence would have been handed down if they'd lived. All that's been taken away."