LatinXed: 9News Got Rid of Three Latina Reporters This Past Year, Including Me 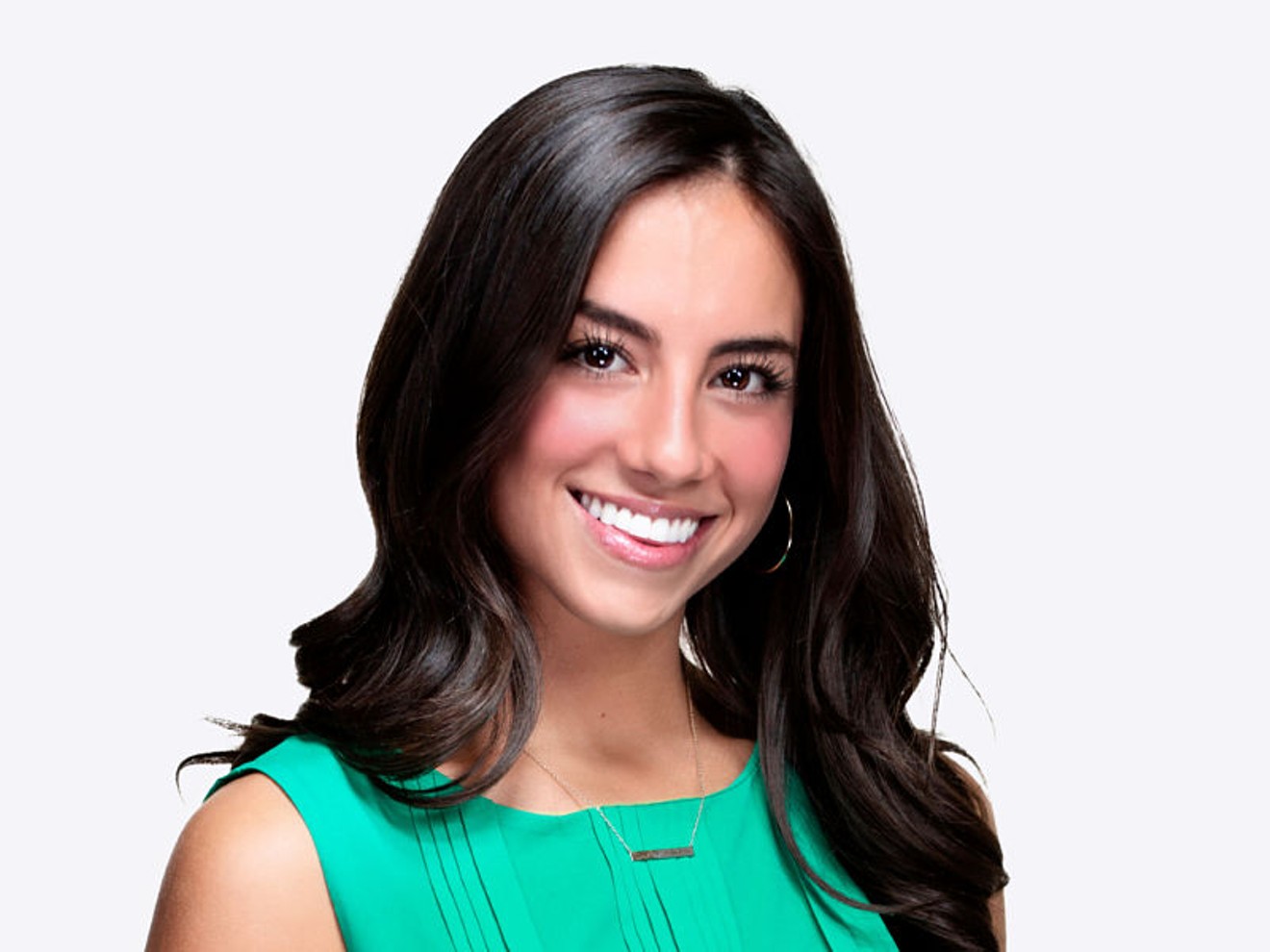 Courtesy of Lori Lizarraga
It was during my second week as a new reporter in Denver that I remember first feeling concerned about discrimination in my newsroom.

I was covering the story of a young man brought to the States from Mexico as a baby. In his high school newspaper, he wrote about his journey to college as an undocumented student, fighting just to be allowed to apply. I asked him to share that story on 9News. It was one of my first pieces.

Back in the newsroom, I would raise a concern that would become a familiar point of contention over the next two years. Managers reviewing my piece told me I was not allowed to describe the young man in my story — or anyone else for that matter — as “undocumented” while at 9News. Instead, I was instructed to use “here illegally” or “illegally in the country.” For two years, I explained that I was not comfortable with that verbiage and how it could discourage my community from this platform. For two years, my managers repeated the 9News guidelines.

Ultimately, it was decided that the story wouldn’t air that day — an impasse, and the first of many.

While in 2021 the use of “undocumented” is an industry standard in immigration coverage, the 9NEWS standard solidified in 2013 remains unchanged.

As a first-gen 25-year-old Latina and one of several Latinos at 9News with the same feedback, I was surprised how often our voices and lived experiences in the immigrant community were so readily dismissed. If not the verbiage itself, the lack of productive conversation and consideration of our perspectives in a mainstream media newsroom should be concerning.

As a journalist and proud woman of color, I am writing this for a single driving reason: community. Because it’s the community that suffers when a watchdog agency so influential and relied upon can perpetuate the patterns of inequity that it calls out in other institutions.

After two years and hundreds of community stories, my contract was not renewed, and I am no longer a reporter at 9News. Like several Latinas before me, leaving was not my choice. In fact, I am the third on-air Latina reporter at 9News to be let go in less than a year — a first-time experience in this industry for each of us, and unique, too, for the station, which has renewed every other reporter since 2018.

It’s not just that the three of us were “not up to 9News standards.” It’s that the standard was a moving target that our contributions uniquely did not reach — for Kristen Aguirre, that was eleven months after she had a stroke. It’s that it happened alongside the hire of three more white on-air professionals at 9News just this year; alongside the addition of yet another white man to an investigative news team with a single person of color; alongside months of employees asking for more equitable representation in our coverage and in our newsroom; and all during a global pandemic and racial justice movement that underscored not only the value, but the fundamental need for our perspectives from March 2020 to March 2021 — the exact time frame during which we were each shown the door.

Journalism is powerful. It can give life to a cause, a platform to a problem and an answer to a question. It holds those in positions of power accountable, remedies injustices and elevates entire groups within a community. But if the journalism doesn’t represent the people in Westwood, Montbello, Globeville or Green Valley Ranch, the journalism doesn’t have the power to do any of those things for those people.

That’s the value of diverse journalists. We know where to look, what questions to ask, who to talk to and how to connect with those communities, because they’re ours.

That’s what I thought I was hired to do at 9News two years ago. A white-owned, white-led newsroom in pursuit of more representation, I thought. I was proud to be chosen for that. Over better pay in larger markets, I accepted a job at KUSA in Denver with a bright-eyed eagerness to learn from those among the industry’s best.

I had a misunderstanding of the diversity they wanted when they hired me.

A few months in, I would “bring the newscast to a screeching halt” when I used eight seconds of a Spanish interview without a caption. I was told to remember our viewers who speak English.

After six months, I was instructed not to wear my hair in a bun with a middle part anymore — a style I have seen and worn as a Mexican and Ecuadorian woman all my life. Not a good look, I was told.

Last summer, I received written warnings for interacting on Twitter with several Black community leaders who are also my friends and mentors. “It suggests support for their positions on public policy issues,” the warning said, though none of my stories supported that suggestion.

“Don’t get fired” was my mantra by my second year.

I would go on to organize my colleagues of color to present a plan to management recommending more representation in our ongoing coverage of the racial justice movement. I was put on an “improvement plan” the next week. Managers pointed out problems with my work and my performance in biweekly meetings for months thereafter.

For two years, I lugged my diversity to 9News each day in the content of my journalism, wishing I could leave it at home without a clue as to when it became baggage. I was “too close” to the issues, too passionate, too emotional, too aggressive.

I was the most effective community journalist I had ever been, and I knew I was going to lose my job.

“We’re just trying to figure out if you’re worth keeping,” my manager told me after two years. They let me go in a 90-second phone call two weeks later. 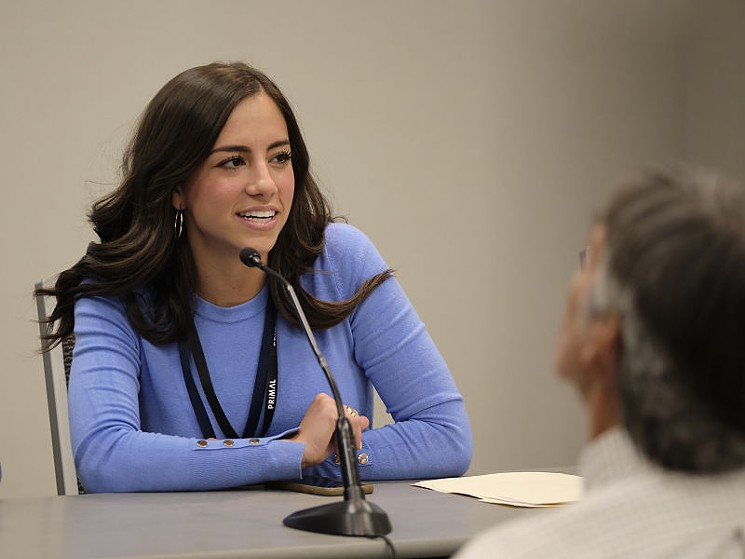 Lori Lizarraga on the job.
Photo by David M. Budd
My experience is not an isolated one. I found the pattern among colleagues past and present, as well as in the community. While most of us are not willing or able to risk what’s at stake to speak out, three courageous men and women ultimately joined me for this story to share how they have been impacted.

Sonia Gutierrez was let go from 9News in 2020. During her time there, she could not cover immigration unless she disclosed her own immigration status on TV first.

“When I asked for an explanation or for examples of my work that showed bias, I did not receive a clear response,” she told me. “For three years, I saw other journalists bring their lived experiences to the table as assets and go on to better cover those stories without having to reveal personal information.”

She was recently hired as a community journalist for another local network.

“If you can’t see their value, you aren’t looking,” wrote Jason McBride, who knows all too well how decisions in a newsroom can impact his community. McBride has spent a decade in full-time gang-violence prevention and youth-development opportunities in Denver. In that time, media attention with intention has always been hard-fought.

“When we see people like Lori and Sonia being let go, we see the truth about 9NEWS’s commitment to community,” he continued. “Every time we think we have a voice, we lose it just as fast, and we know we’ll be out here waiting again to tell our stories until someone else gets brave, or gets fired trying.”

Dr. Ryan Ross, an educator, president of the Urban Leadership Foundation of Colorado and 9News Leader of the Year in 2016, also shared his perspective.

“In my opinion,” he wrote, “the media is one of the greatest tools we have right now to battle injustice and oppression. Over the last ten years I have built relationships with exceptional women of color at Channel 9 who have unapologetically been this tool.”

“The problem is, as soon as they amplify the drums to bring awareness to inequity, I find myself looking for a new media champion. I am left to question what fight is happening internally. What sacrifices have these journalists made to give the community a voice? From the outside looking in, it seems the ugly head of systematic racism is at work, targeting and eliminating the media champions who look like my community,” Dr. Ross said. “I’m already sad to think who I will bid farewell to next.”

I would not have been brave enough to come forward without the support of these three people. I would not have wanted to if not for a community so deserving of so much better.

I read a passage from a work by Bonnie Berman Cushing in which she affirms that accountability is not always doing it right. Sometimes it’s really about what happens after it’s done wrong. The first step is knowing who needs to be held accountable.

Check.
KEEP WESTWORD FREE... Since we started Westword, it has been defined as the free, independent voice of Denver, and we'd like to keep it that way. With local media under siege, it's more important than ever for us to rally support behind funding our local journalism. You can help by participating in our "I Support" program, allowing us to keep offering readers access to our incisive coverage of local news, food and culture with no paywalls.
Make a one-time donation today for as little as $1.