9News's Kyle Clark on Going Dark Until August (Sort of) 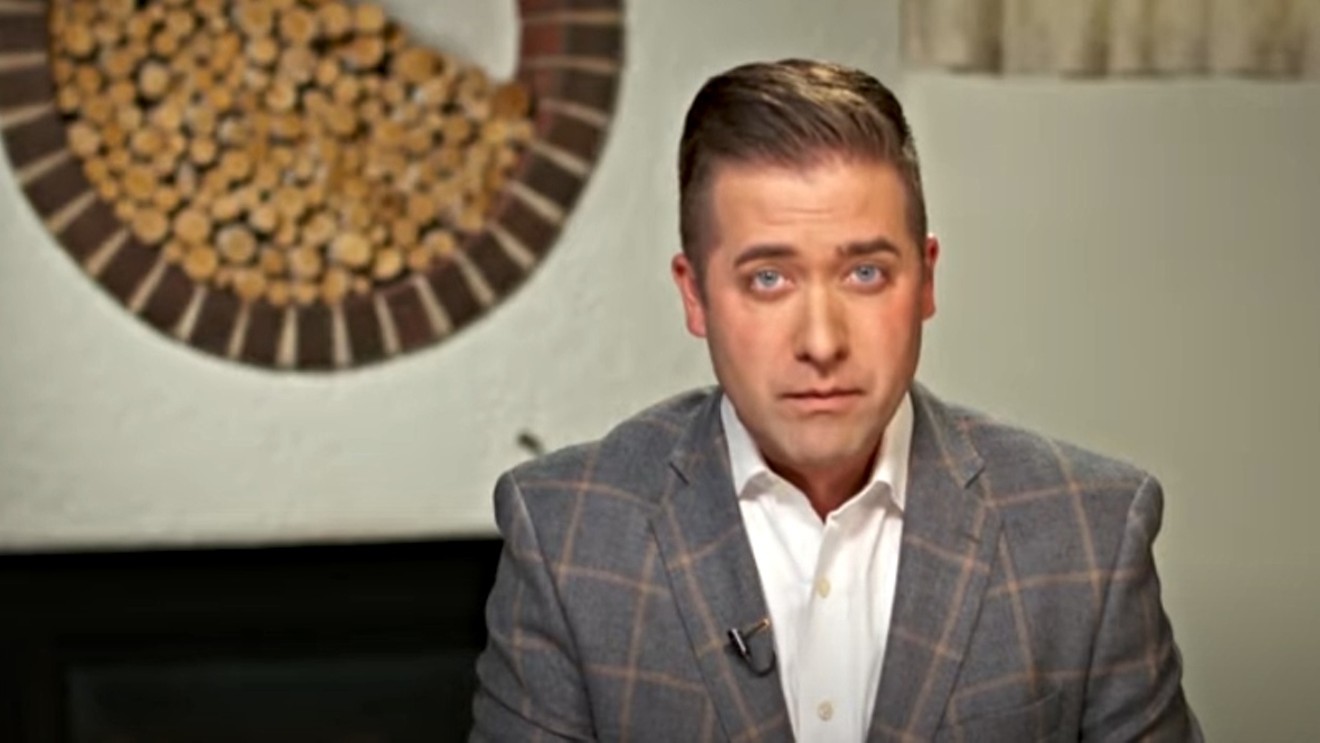 9News's Kyle Clark anchoring from his home. 9News via YouTube
9News's Kyle Clark is arguably the biggest star in Denver TV news right now — so much so that his announcement last month about being on furlough for a week caused a major stir in the local media scene. But that buzz was quiet compared to the one that arose when Clark announced late on Friday, July 17, that he would be leaving the airwaves again for an extended stretch — at least until next month.

What's the story? According to Clark, corresponding via email, "I’m stepping away from the news and social media grind for a little bit to spend more time with my family."

More details will have to wait for now — and a knowledgeable source suggests that we'll learn more soon. In the meantime, though, Clark says he tweeted about his impending absence and his expectation about returning to 9News in early August at 10:37 p.m. on July 17, in an attempt to squelch at least some of the speculation that would arise from a temporary departure so soon after the furlough.

"I tend to be available to talk with viewers on social media about sixteen hours a day," notes Clark, "so I wanted to give them the courtesy of a heads-up that I’ll be away. I didn’t want anyone to think I was ignoring them."

Clark's mastery of social media was the subject of a Westword Q&A in October 2017. At that time, he had 131,000 followers across his assorted platforms — a staggering total for a local news personality that's only grown since then. Today, his Twitter, Facebook and Instagram accounts are followed by more than 208,000 folks, thanks in large part to the energy and commitment Clark brings to the process.

"I think it's vital that broadcast journalists are accessible and accountable," he told us for the earlier piece. "The days of preaching the news at people through a television pulpit are over. We now discuss the news with people. Our community rightfully demands two-way conversation that respects their voices and uses ours to amplify theirs."

As for the often sardonic tone he employs in his posts, Clark pointed out, "I'd hope my writing on social media reflects how I communicate on-air and in everyday life. I think it's pretty easy to tell when a journalist is pretending to be someone else, whether on-air or online."

The constant criticism that comes with being a public figure on social media can become exhausting. Witness the decision last year by Clark's 9News colleague Gary Shapiro to dial way down on Twitter after what he described as partisan attacks from out-of-staters.

But Clark doesn't shy away from jousting with trolls and more serious commentators alike — so much so that his version of taking a break from social media would exhaust plenty of other TV news personalities. Since that July 17 item, he's sent out more than a dozen tweets or retweets, including a couple last night.
KEEP WESTWORD FREE... Since we started Westword, it has been defined as the free, independent voice of Denver, and we'd like to keep it that way. With local media under siege, it's more important than ever for us to rally support behind funding our local journalism. You can help by participating in our "I Support" program, allowing us to keep offering readers access to our incisive coverage of local news, food and culture with no paywalls.
Make a one-time donation today for as little as $1.