Reader: Do You Want a Quarterback or a Boy Scout Leader? 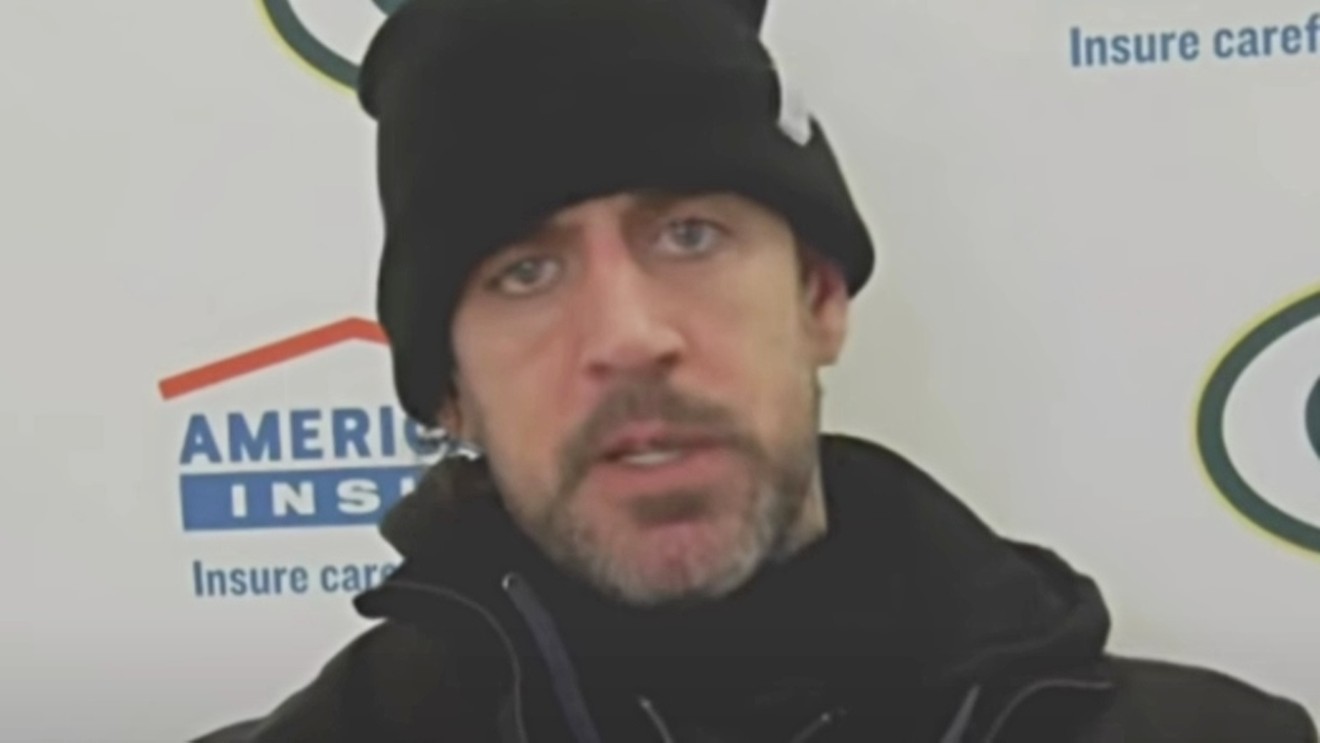 No Super Bowl this year for Aaron Rodgers. CBS Sports via YouTube
After the number-one-seeded, Super Bowl-favorite Green Bay Packers lost at home to the San Francisco 49ers last weekend, rumors again surfaced that QB Aaron Rodgers might leave Wisconsin in favor of the Broncos.

In their comments on the Westword Facebook page, though, readers are definitely divided over whether Rodgers would be a boon or a bust in Denver. Says Nate:

He's a sad, old hound dog. While there are older QBs, he's just haggard at only 38. His wretched attitude won't help the younger players learn anything. His career peaked long ago, given the clear decline in Rodgers' play over the past few years. He's no longer a star player, more like a shooting star that is a rapidly disintegrating fireball.

Ha! Everyone saying no to Rodgers would probably be right in front at the Super Bowl parade downtown.

Do you want a quarterback or a boy scout leader? I'll take the quarterback!


We don't want Aaron Rodgers! He's a washed-up has-been, at the end of his career. And he's a liar. Character matters.

He was the MVP last year and likely the MVP this year, I’m not sure “washed up” is the phrase I would use.


Just because he speaks his mind and doesn't take the shit from the media and he calls the media out, he's a jerk? Please. Good for him. Denver will be in the Super Bowl in two years with him.

He was a really good temporary Jeopardy host. I don't know about his football or personality skills.

Other than four-wheel driving, what good is a Bronco?? What do they do other than play with their odd- shaped balls and expect endorsements and fame and glory for playing with their odd-shaped balls?? They are not nurses, doctors, dentists, what are they good for??


What do you think about Aaron Rodgers possibly coming to Denver? Post a comment or share your thoughts at [email protected]
KEEP WESTWORD FREE... Since we started Westword, it has been defined as the free, independent voice of Denver, and we'd like to keep it that way. With local media under siege, it's more important than ever for us to rally support behind funding our local journalism. You can help by participating in our "I Support" program, allowing us to keep offering readers access to our incisive coverage of local news, food and culture with no paywalls.
Make a one-time donation today for as little as $1.