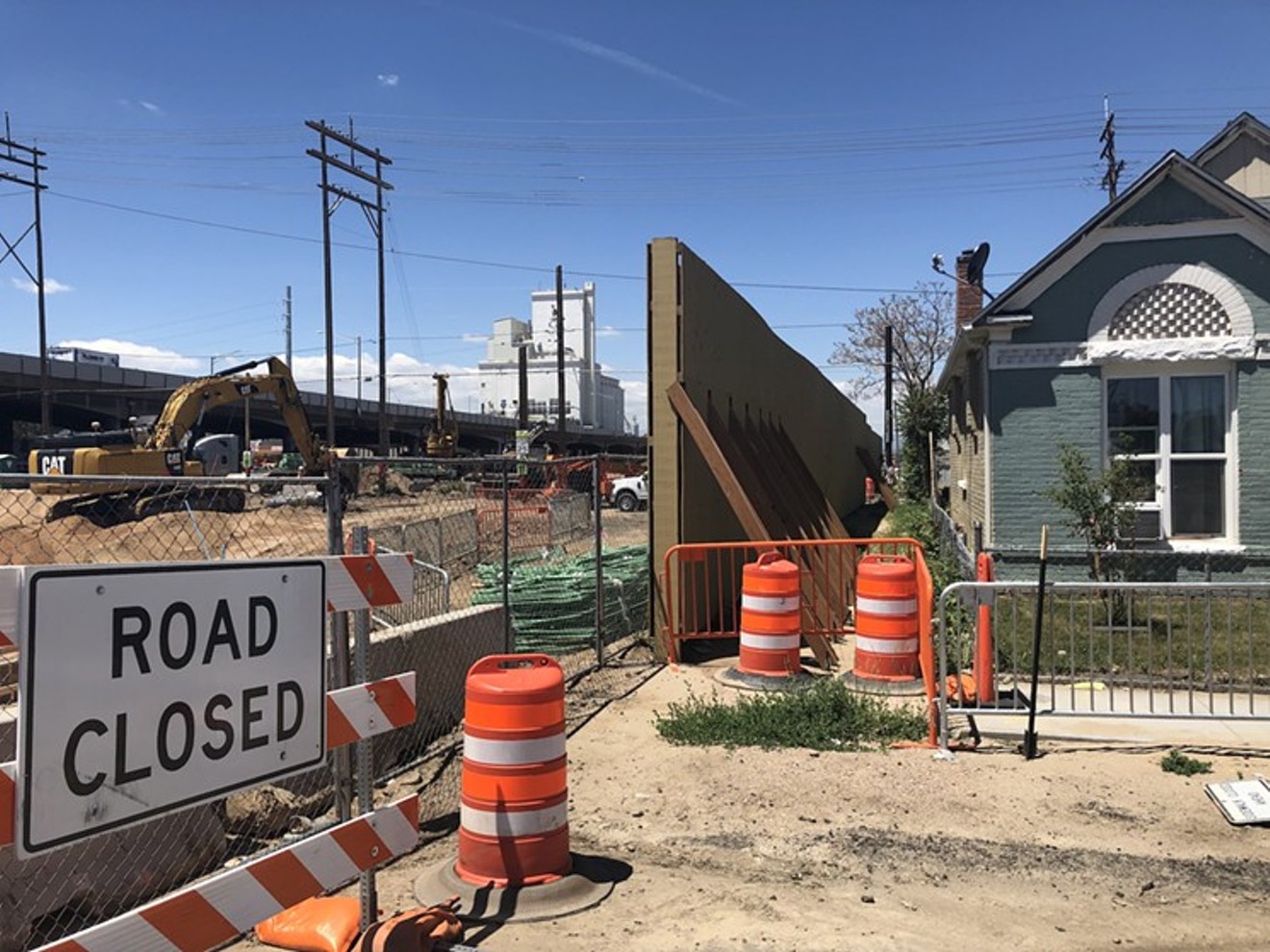 The Central 70 project, which broke ground in 2018 and isn’t projected to be completed until late 2022, has been a target of criticism from residents and activists alike, with neighboring communities such as Globeville and Elyria-Swansea concerned about the health effects of traffic pollution, dust, noise and other construction impacts. In a letter delivered to Polis today, April 10, advocates and community leaders say those fears have only been heightened by the ongoing coronavirus pandemic and statewide stay-at-home order in place since last month and currently running through April 26.

“It is imperative that we act now to protect the health of those sheltering in place near the I-70 Central Project until the threat of COVID-19 is behind us,” reads the letter, signed by a wide range of activist groups and elected officials, including the Colorado Latino Forum, Earthjustice, the Colorado Sierra Club and Denver City Councilwoman Candi CdeBaca.

The demands are the latest case of environmental activists pushing for a pause in industrial operations that could pose additional health risks during the coronavirus lockdown. In Broomfield, residents and some city council members pushed for an emergency order to temporarily suspend drilling activities at an oil and gas site near the over-55 community of Anthem Ranch, but dropped their plans under legal pressure from the site's operator. Anti-fracking activists have gone even further, petitioning Polis to order a halt to all oil and gas activity across the state for at least thirty days.

With many people complying with social-distancing orders and staying home throughout the day, residents in close proximity to industrial and construction sites are at greater risk of exposure to unhealthy levels of toxic air emissions and other forms of pollution, activists charge.There's also a growing body of evidence, including the findings of a Harvard health study published this week, indicating that exposure to air pollution greatly increases the risk of severe respiratory complications from COVID-19.

In 2018, community groups and officials with the Colorado Department of Transportation settled a lawsuit over the I-70 reconstruction project, with the state agreeing to fund an independent health study, additional air-monitoring equipment and other mitigation measures. But activists argue that the risks of continued construction during the stay-at-home order are too great.

“Construction activities create airborne dust, pollution, and nighttime noise and chronic sleep deprivation, all of which puts our health at increased risk of infection, serious complications, and death from COVID-19,” reads their letter to Polis.

“We also care about worker safety and economic stability, and we believe that both groups of individuals can be protected by the state,” the activists said in a press release accompanying the letter. “Construction should not just pause without first ensuring that there are clear entrance and exit points and that is updated in relevant navigation systems, with a focus on emergency response.”

Globeville and Elyria-Swansea, home to many Latino and low-income residents, have long suffered from the impacts of nearby pollution sources such as I-70, the Suncor Energy oil refinery, the Purina pet-food plant and others. Globeville, along with other north Denver neighborhoods including Montbello and North Park Hill, has some of the city's highest rates of COVID-19 infection, according to data released by the city this week.

In many cities across the country, the virus has hit hardest among lower-income people, communities of color and immigrant populations. Activists say that pausing I-70 construction could help prevent these disparities from getting even worse in Denver.

“We are as vulnerable as the least protected in our community,” Ean Thomas Tafoya, co-chair of the Colorado Latino Forum, said in a statement. “More critical cases of COVID-19 only add to the strain on our healthcare system that is working so hard to save us all. This is clearly the right move to protect the health of those in GES, and no action sends a clear message — environmental racism will continue, even when the evidence is so clear.”
KEEP WESTWORD FREE... Since we started Westword, it has been defined as the free, independent voice of Denver, and we'd like to keep it that way. With local media under siege, it's more important than ever for us to rally support behind funding our local journalism. You can help by participating in our "I Support" program, allowing us to keep offering readers access to our incisive coverage of local news, food and culture with no paywalls.
Make a one-time donation today for as little as $1.