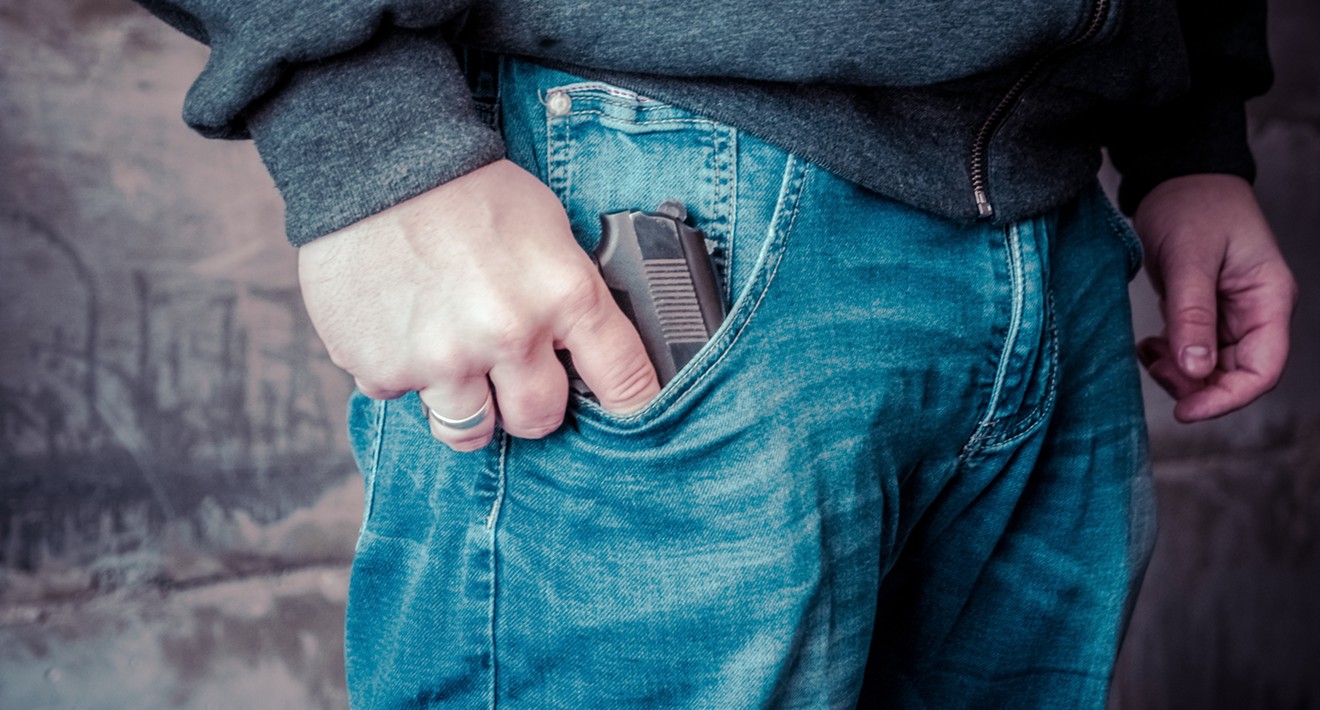 Photo by Bermix Studio on Unsplash
In late October, two construction workers, both Hispanic, knocked on the wrong door in Adams County. The man who answered peppered them with racial slurs and threatened to shoot them as he displayed a gun. When they left, he followed them, still armed and attempting to lure them back onto his property — which made the workers fear that he'd open fire and claim self-defense under Colorado's Make My Day law.

How did deputies with the Adams County Sheriff's Office respond to this incident? By citing the man with the gun with an exceedingly minor offense: disturbing the peace. And according to Armando Trevino, for whom the men work, deputies initially seemed to be leaning toward shrugging off the entire episode until concerned neighbors objected.

Trevino, who owns a construction company, also runs Onyx Barbershop in Westminster and a YouTube channel called Barbershop Uncut that's become an important platform for local hip-hop groups. Here's Trevino's account of what happened at around 8 a.m. October 29 in an area of Adams County, just outside the Westminster city limits; he asked that the man with the gun's name not be used, because he'd later personally apologized to the workers, at Trevino's insistence.

"I also own a construction company, Renovate," Trevino begins. "Two of my employees were going to a job, but they got confused and accidentally knocked on a neighbor's house. The man opened the door with a gun and started calling them a lot of racial slurs, like 'wetbacks' and stuff like that. He was pointing the weapon at them and counting down before he would shoot them. I'm not sure if the term 'kill' was used, but 'shooting' was."

Trevino's employees quickly split, but the story doesn't end there. "They found the correct house and commenced to get to work," he continues. "But the man followed them over with his gun and he kept telling them racial slurs...and he continued trying to bait them back onto his property so he could shoot them, allegedly."

Several neighbors (like his employees, they were Hispanic, Trevino says) witnessed these exchanges and were concerned enough to call the sheriff's office. At first the deputies insisted "nothing could really be done," Trevino recalls, because Colorado is an open-carry state and there was no proof that the man had pointed the weapon at his employees. But after the neighbors, who'd had previous run-ins with the man, stressed that he'd escalated the situation by leaving his property and following the employees onto theirs, they were allowed to fill out some reports. In the end, the man was given a citation for disturbing the peace, a Class 1 petty offense in Colorado; maximum punishment for the crime is a $1,000 fine and six months in jail, but that's exceedingly rare.

Asked about this wrist-slap, Adams County Sheriff's Office public-information officer Sergeant Adam Sherman responded: "Given the information at the time of the incident, the deputies believed that to be the most appropriate charge."

This wasn't good enough for Trevino, though. "I ended up getting on the phone with that guy and got him to come down to the shop and give an apology to my guys. ... He had two police escort him, and they asked me, 'What's going on?' I explained what happened, that I just wanted to get an apology for them. So they let him say 'I'm sorry' and had him get out of there."

Asking for a meeting with a man who'd spewed racist invective while armed could seem like a dangerous move, but Trevino considered it worth the risk. "In our culture, when you call someone a wetback and stuff like that, it's really impactful and demoralizing," he emphasizes, adding that even though both of the employees are legal U.S. residents, they were rattled by what happened. "I can't describe the look on their faces," Trevino says.

While the justice system appears unlikely to set things right, Trevino sees some positives. "After the man apologized, my guys felt very empowered," he notes. "And even though it was disheartening to see that happen, I was proud to see the neighbors come out and the sense of community for people to stand up to stuff like that."
KEEP WESTWORD FREE... Since we started Westword, it has been defined as the free, independent voice of Denver, and we'd like to keep it that way. With local media under siege, it's more important than ever for us to rally support behind funding our local journalism. You can help by participating in our "I Support" program, allowing us to keep offering readers access to our incisive coverage of local news, food and culture with no paywalls.
Make a one-time donation today for as little as $1.