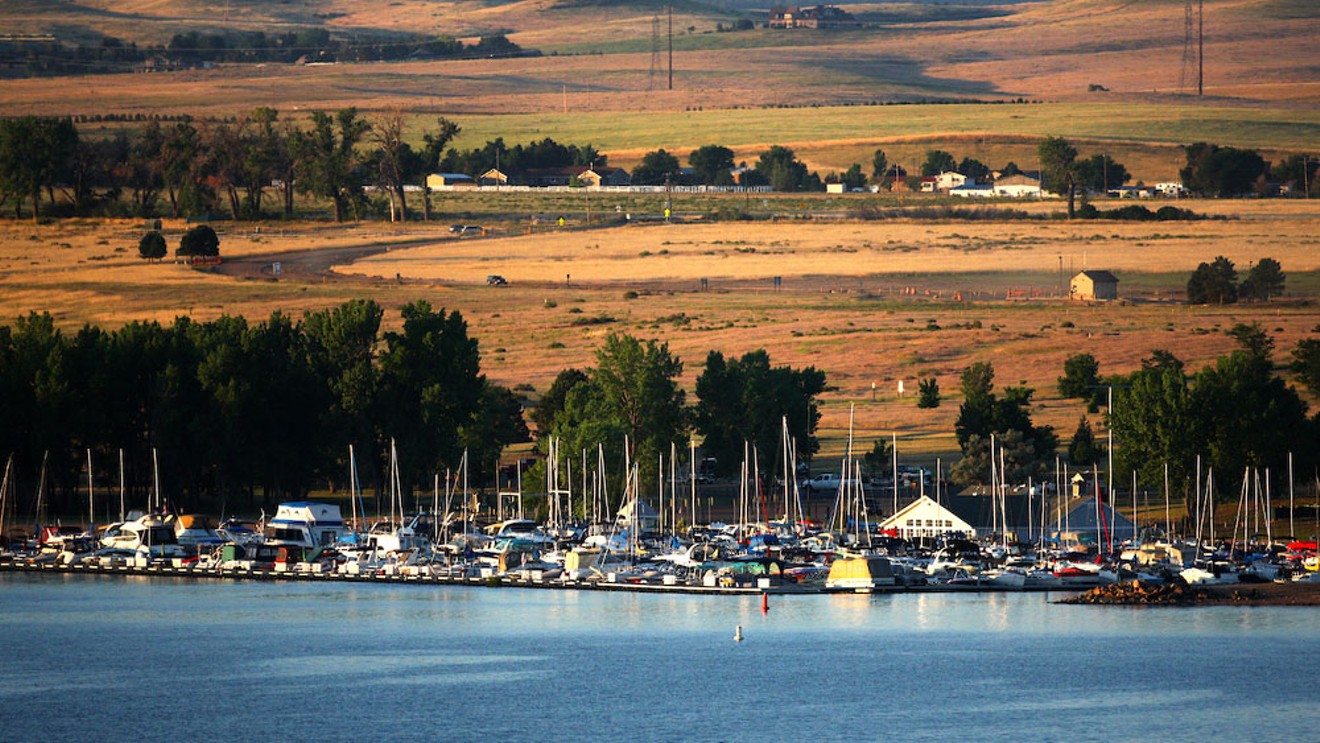 The Audubon Society of Greater Denver filed an injunction pending appeal against the U.S. Army Corps of Engineers, the state and a slew of water providers amid a controversial water development project to expand Chatfield Reservoir. Colorado Parks and Wildlife
More than 5,000 acres of pristine wildlife are protected at Chatfield State Park, just a stone’s throw from the urban bubble of metro Denver in the lower foothills of the Front Range.

Birders flock here to glimpse more than 200 migratory and resident bird species, from the American redstart and Swainson’s hawk to the rare bald eagle. Altogether, 1.7 million visitors come through the state park every year to take in its natural splendor, boat on the massive 1,500-acre reservoir and hike the trails.

Now significant change is coming to Chatfield State Park, and local environmentalists are on high alert. Construction has started on a $180 million water project known as the Chatfield Storage Reallocation Project, with significant park closures starting January 2 as trees and debris were hauled off. Most of the west side, along with access to the lake and Plum Creek, has been closed to the public until May 25.

“Right now, most of the construction is planned during the winter months,” says Scott Roush, park manager at Chatfield State Park and vice president of the Chatfield Reservoir Mitigation Company Inc., which was formed to implement the water project.

A stream-restoration project along Plum Creek started in November and is expected to be complete this fall.

The Colorado Department of Natural Resources, the Colorado Water Conservation Board and six local water districts are working together on the water project, which will increase the lake capacity by 20,600 acre-feet of water for residential, industrial, agricultural and recreational uses.

The new lake will be up to 587 acres larger when it’s filled to the brim, according to a U.S. Army Corps of Engineers feasibility study. That raised alarm bells at the Audubon Society of Greater Denver, since the project would significantly impact bird habitats as well as that of Preble’s meadow jumping mice, a threatened species under the U.S. Endangered Species Act that is only found in Colorado and parts of Wyoming.

“There are still thousands and thousands of trees within Chatfield State Park. … There are specific trees that we have to take out, yes, but we are planning over 100,000 different plants that will be put in as part of mitigation,” Roush says.

In 2014, the Audubon Society of Greater Denver filed a lawsuit against the Army Corps, which had approved the project feasibility and environmental impact report. The lawsuit claimed that the Army Corps violated the Clean Water Act, that it didn’t properly consider all project alternatives, and that it used misleading and non-standard terminology in its assessment of the water-storage project.

After three years of back-and-forth filings — and without any oral hearings — a district court ruled in favor of the federal government and the water providers backing the water-storage project.

But the Audubon Society of Greater Denver hasn’t given up hope; it's appealing to a higher court. A notice of appeal and an injunction to halt construction was filed with the U.S. Court of Appeals for the Tenth Circuit in early January.

“This is a big problem because this is one of the jewels of the state park system, and it’s an extremely important habitat for wildlife and migration,” says Ann Bonnell, a board member of the Audubon Society of Greater Denver who went to quarterly meetings on the water project for twelve years. “This is one of the last large natural habitat that we have left in the Denver metro area.”

The Colorado Department of Natural Resources declined to comment on pending litigation. The department oversees the Colorado Water Conservation Board and Colorado Parks and Wildlife, which combined have a nearly 40 percent financial stake in the project.

Chatfield Stables Facebook
At the heart of the issue is this: The suburbs of Denver are experiencing a population boom, and that means a need for more water resources. To ensure that the taps keep flowing year to year and to minimize reliance on water wells, water providers have looked to maximize their ability to store and use surface water.

The Audubon Society of Greater Denver argues that the Army Corps and the water providers, while selecting the cheapest method of storage, have chosen the most environmentally costly alternative for the Chatfield Storage Reallocation Project.

More than forty acres of mature cottonwood is in the line of fire, along with up to 158 acres of wetland habitat currently occupied by Preble’s meadow jumping mice. But total environmental mitigation for the loss of habitat can’t be accomplished within the park. The project relies heavily on off-site mitigation using private lands either through acquisitions or conservation easements, according to the six-year compensatory mitigation plan approved by the Army Corps published in 2013.

“If you cut down a one-hundred-year cottonwood tree and you plant a three-inch-diameter cottonwood tree, do you think the wildlife is going to wait one hundred years to find a place to live? That’s the problem with the mitigation,” Bonnell says.

Only about twenty acres of Preble's habitat will be mitigated within the state park. The rest of the proposed habitat mitigation will occur along West Plum Creek and a 4.5-mile stretch of Sugar Creek. The plan assumes it will need nearly 6,000 acres of off-site property for its environmental mitigation, and thousands of acres have already been acquired. Overall, environmental mitigation is expected to cost at least $77.8 million, according to the report.

“I think from the state’s perspective that the project goes above and beyond as far as mitigation goes,” says Lauren Ris, assistant director for water at the Colorado Department of Natural Resources, which has a financial stake in the water development project.

All of this back-and-forth on trees and wetland habitats comes down to the big question: Is it all worth it? Of course, to the water providers — encompassing municipal and agricultural users in Castle Rock, Castle Pines, Centennial, Park County and in northeast Colorado, including Greeley, Brighton and Fort Morgan — and to the state, water storage space is critical to maintaining services and keeping up with demand.

“Not only will this additional water storage be used by municipal water providers and agricultural organizations to meet the diverse needs of the state, but it will reduce dependency on non-renewal groundwater on the Denver metro area,” says Randy Ray, president of the Chatfield Reservoir Mitigation Company and executive director of the Central Colorado Water Conservancy District.

Though the maximum added storage capacity is 20,600 acre-feet of water, the average annual yield is estimated at 8,539 acre-feet over fifty years. The lake is expected to reach its storage capacity in 42 of 59 years, according to a hydrology model in the Army Corp’s report, but in only ten of those years would the lake remain at capacity for more than half of spring. Peak elevation will never be maintained throughout spring, according to the report, meaning the lake would have a “bathtub ring” fluctuation zone that would be subject to erosion with the loss of habitat.

Critics of the project say that the financial expense, which will be passed onto state taxpayers and water users, and environmental damage is a waste because the “dependable yield” for the additional storage is zero by the Army Corp’s own estimation. Dependable yield is the maximum amount of water that can be guaranteed during a critical dry period.

“They’re destroying not only the habitat but it’s also destroying the aesthetics of the park. ... It’s a huge impact for very little yield. We’re just extremely concerned about this,” Bonnell says.

That startling figure is due to the water providers junior water rights, meaning they, “will often not be able to capture inflows, as senior rights holders have priority for available water and capture most of the run-off,” according to a memorandum buried near the bottom of the Army Corp’s 3,000-page feasibility study.

If the Audubon Society of Greater Denver’s injunction is denied, construction would continue while the case plays itself out in the courts, possibly for years. Construction is expected to be complete by 2020.