Barry Morphew Hearing: Could It Lead to Murder Case Being Tossed? 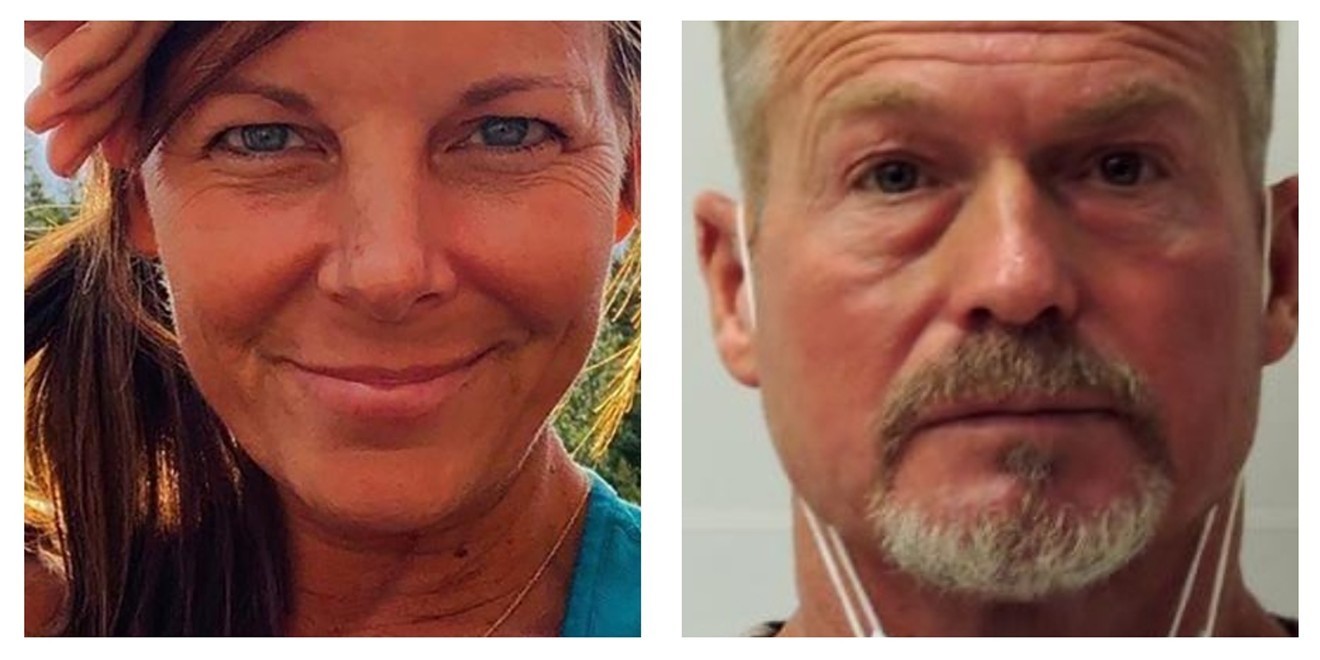 One of the central arguments expected to be made by Morphew's defense team: A key Colorado Bureau of Investigation agent assigned to the case allegedly expressed his view that busting Morphew for killing Suzanne, whose body has yet to be found, would be the worst decision imaginable, since the evidence against him was shaky — but no one mentioned that to his attorneys.

In response, prosecutors contend that the agent, Joseph Cahill, has little credibility and dismiss any suggestion otherwise as nonsensical.

These opinions are spelled out in two recent motions — one filed by each side — and exemplify the controversial nature of this case from the start.

The 129-page affidavit against Barry, which was filed in May 2021 but not made public until the following September, seeks to establish a motive for the slaying of Suzanne, who vanished after leaving for a bike ride near her home in the Chaffee County town of Salida. The document reveals specifics about Suzanne's unhappiness with her marriage; Barry's obsession over her affair with an old high school friend, Jeff Libler; his tortured explanations regarding his activities on the day when investigators believe her life was taken; and his highly problematic view that her death was punishment for her unfaithfulness as meted out by God.

"Suzanne took clear, articulable steps in January 2020 in attempts to separate from and divorce her husband, Barry," the affidavit states. "She told her family and close friends about her intentions, secretly recorded her notes of abuse in her phone because Barry monitored it, confronted Barry in arguments that she secretly recorded with help from a friend and, finally, sent him a text four days before she disappeared saying that she was 'done, let's handle this civilly.'"

Nonetheless, the affidavit stresses that after Suzanne disappeared, Barry "initially represented to investigators from CBI, FBI and CCSO [Chaffee County Sheriff's Office] that his marriage with Suzanne was 'perfect,' and she had no intention of leaving him. Barry's statements about his actions on the days before and after Suzanne's disappearance have been proven to be false and misleading by this investigation."

The affidavit maintains that "Barry knowingly destroyed evidence that his relationship with Suzanne was deteriorating and that he was involved in her disappearance and homicide. Suzanne's bicycle and helmet were recovered close to the Morphew residence, discarded before Barry left town in the early-morning hours of May 10, 2020. The investigation to date indicates that these items were not indicative of an accident, an animal attack, Suzanne being a runaway, Suzanne committing suicide, or Suzanne being the victim of a stranger abduction. All records checks available to the FBI and local law enforcement indicate as of April 30, 2021, that Suzanne has not used a credit card, nor her Social Security number, nor has she been contacted by law enforcement, nor flown in an airplane, nor crossed a national border, nor established utilities or housing, nor otherwise continued in her normal pattern of life for over 355 days."

As a result, "based upon legal supposition, Suzanne Morphew, based on this lack of proof of life, is deceased." 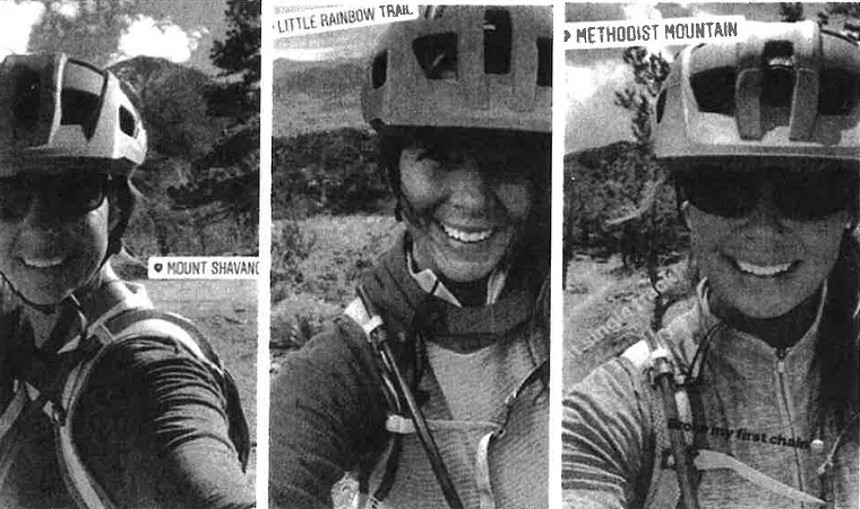 Photos of dedicated cyclist Suzanne Morphew included in the affidavit.
Chaffee County Sheriff's Office
The findings of investigators are summarized with this: "Barry cannot provide a last sighting of Suzanne, only labored breathing similar to a snore, which is consistent with her being tranquilized. Barry describes her as being drunk that afternoon, which matches the effects of the tranquilizer after a few minutes. He says he is running around the house, most likely chasing Suzanne while she is conscious. Barry has admitted that he had taken Suzanne's phone from her at least twice in the past to try to monitor or control what she was doing. There is no phone activity for Suzanne after 2:30 p.m. on Saturday, which is out of the norm for her typical behavior and an abrupt end following her 59 communications with Jeff Libler that morning and afternoon. By around 2:30 p.m. on Saturday May 9th, it had become clear that Barry could not control Suzanne's insistence on leaving him and he resorted to something he had done his entire life — hunt and control Suzanne like he had hunted and controlled animals."

Morphew contended that "Suzanne's change of behavior" and "distant unlovingness to him" were fueled by alcohol ("She was not a heavy drinker," the investigators write) and the effects of chemotherapy; she battled Hodgkin's lymphoma on multiple occasions. In the end, though, the affidavit concludes, he "blamed God for Suzanne's death after being informed of the affair as a form of judgment on her and has stated repeatedly that God allowed this to happen."

Cut to February 9, several days after a change of venue that moved the trial from Chaffee County to Fremont County, when Barry Morphew's Denver-based lawyers, Iris Eytan of Eytan Nielsen LLC, and Hollis Whitson of Samler & Whitson P.C., filed a supplement to a motion for sanctions that laid out reasons why the proceedings should be halted. The following passage, which focuses on CBI Agent Cahill and a colleague, Derek Graham, stands out:


Mr. Cahill and CBI Agent Graham were the co-lead investigators of the year-long Morphew investigation. On December 2, 2021, Mr. Cahill was interviewed by Internal Affairs. In that interview, Cahill stated he told many law enforcement witnesses in the case that arresting Mr. Morphew was premature, and the "worst" decision that could be made. He also stated that the case was not remotely ready for anybody to move the case forward....

In the interview, Mr. Cahill also stated that he shared these opinions and reasons for his opinions with Agent Graham. Mr. Cahill suggests in the interview that Agent Graham agreed with his view. Agent Cahill's two supervisors, CBI Deputy Director Chris Schaefer and CBI Agent Kemper, talked with Chaffee County Sheriff John Spezze about the concerns expressed by Agents Cahill and Graham. Mr. Cahill stated that Sheriff Spezze did not heed CBI's advice or opinions and moved forward with Mr. Morphew's arrest. Mr. Cahill summed up by saying it "is what it is."

In discovery thus far, the prosecution has not provided a single email, document, text or report documenting that Mr. Cahill and/or Agent Graham (and other CBI supervisors) communicated this exculpatory information to other law enforcement witnesses and individuals at the DA's office, which includes CBI's opinion that Mr. Morphew's arrest was premature and was the "worst" decision that could be made. Nor has there [been] any discovery produced by a single member of the prosecution team disclosing the basis and underlying reasons for CBI's opinion that more investigation and evidence was needed to be obtained before (if ever) arresting Barry Morphew.

Two weeks later, the office of 11th Judicial District DA Linda Stanley fired back with a response. "In the defense’s latest motion, they are asking the Court to dismiss a First Degree Murder case because a former CBI Agent, who has been thoroughly discredited, has opined on the timing of arresting the defendant in this case," according to one passage. "The defense contends that if they had known about this opinion, they could have cross-examined the agent and the case would not have been bound over for trial. This is utter nonsense."

Stanley adds: "Of course these attorneys have also have advocated the preposterous notion to this Court that the 11th Judicial District DA’s Office, the FBI, CBI and Chaffee County Sheriff’s Office are in some grand conspiracy to suppress discovery that we have already timely provided."

Today's hearing will help determine what happens next in a Colorado tragedy that's grabbed national attention.

Click to read the Barry Morphew arrest affidavit, the defense's supplement to a motion for sanctions, and the prosecution's response to the motion.
KEEP WESTWORD FREE... Since we started Westword, it has been defined as the free, independent voice of Denver, and we'd like to keep it that way. With local media under siege, it's more important than ever for us to rally support behind funding our local journalism. You can help by participating in our "I Support" program, allowing us to keep offering readers access to our incisive coverage of local news, food and culture with no paywalls.
Make a one-time donation today for as little as $1.