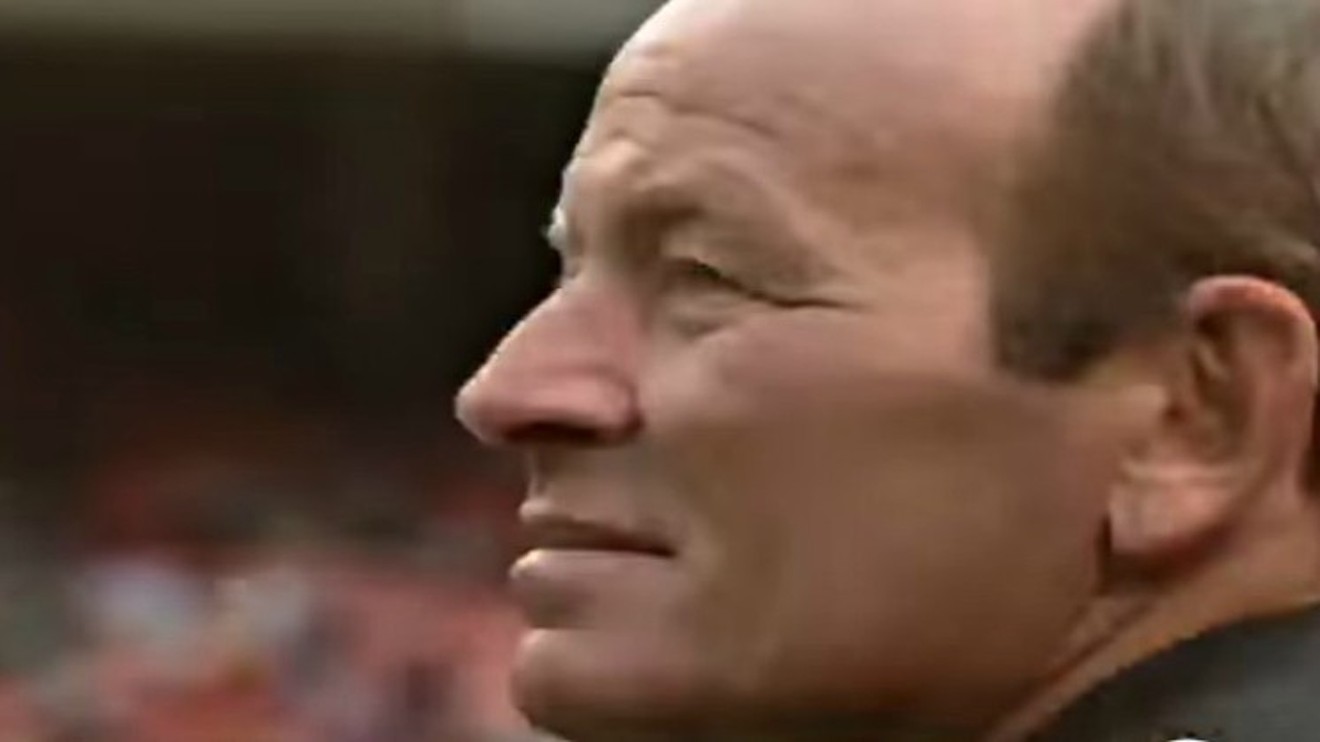 Pat Bowlen before his diagnosis. Denver7 via YouTube
In June, we noted that Dynasty has nothing on the soap opera starring the children of Denver Broncos owner Pat Bowlen. But now, a motion filed by Pat's brother Bill that's clearly a stalking horse for daughter Beth Bowlen Wallace's self-nomination as heir apparent to oversee the team brings us into full-scale reboot territory.

The current version of Dynasty airing on CW stations such as KWGN moves the action from Denver to Atlanta. But what's happening now is all Mile High City, baby.

Pat Bowlen formally gave up control of the Broncos in 2014, when the family acknowledged something pretty much everyone had known for years: He's suffering from Alzheimer's. But this was just a formality. Way back in 2010, sources told Westword that Pat was no longer involved in day-to-day operations because of his illness.

Alzheimer's is an incredibly cruel disease that's often referred to as a living death — and now, to compound the pain within the Bowlen clan, a June announcement revealed that Pat's wife, Annabel, has been diagnosed with the condition, too.

Meanwhile, practically everyone who shares a name with the couple is fighting over the Broncos while both remain among the living. 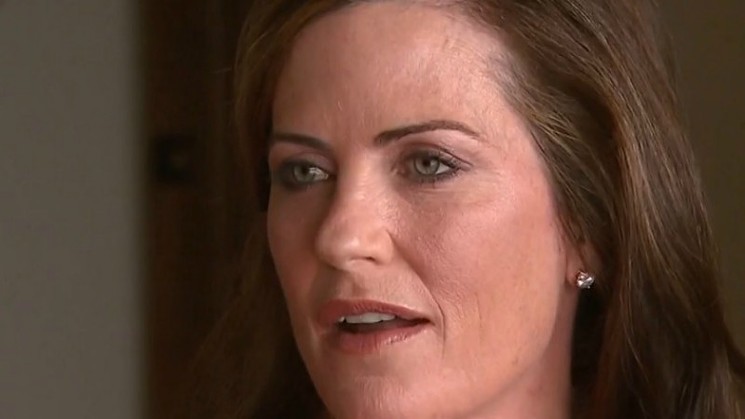 Beth Bowlen Wallace in a 2015 interview.
CBS4 file photo
On May 31, black-sheep daughter Beth unleashed a media blitz, talking about her desire to become the Broncos' boss to Nicki Jhabvala, a former Denver Post reporter who jumped to The Athletic earlier this year, in addition to putting out a press release on PR Newswire — which is what all families do when they want to send a message, right?

The latter was larded with quotes like this one: "I love the Denver Broncos. This team has been so special to my family, to the City of Denver and to the state of Colorado. My father's legacy is very important to me and my family. It is my desire to lead this team with the same passion my father did and help the Broncos become Super Bowl champions again. I have the ambition, experience and drive, and my mentor in running a winning NFL franchise is the best in the business — my father."

The release also noted that Beth "has submitted a proposal for a succession plan to the Trustees of the Pat Bowlen family trust that includes Beth taking over as the Controlling Owner after a short transition and mentoring period with current leadership." But those trustees — CEO Joe Ellis, team counsel Rich Slivka and attorney Mary Kelly — responded with utter disdain.

A statement from Ellis suggested that Beth was bounced from an ancillary position in the franchise in 2015 because she'd been found wanting — much like Pat's son John Bowlen, who was busted for a 2015 domestic-violence episode involving whippets and booze and a 2017 DUI that established him as even a bigger douchebag celebrity son than Jordan Hancock, son of Denver Mayor Michael Hancock. 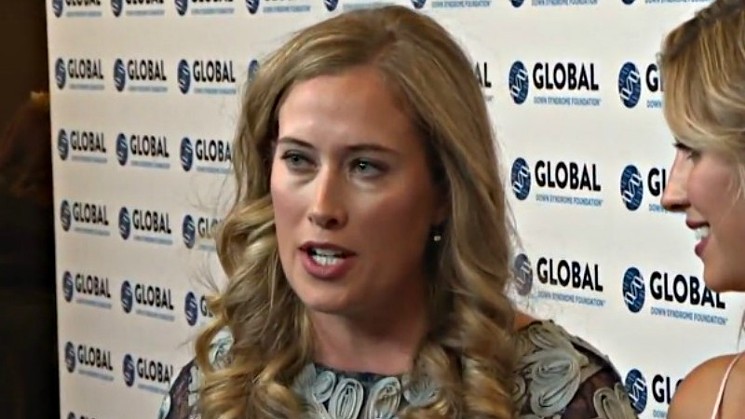 Brittany Bowlen during a public appearance last week.
CBS4
Over the months that followed, it became clear that daughter Brittany Bowlen, 28, was being groomed to guide the team someday — and just last week, she confirmed that she wants this to happen, too. At a Global Down Syndrome Foundation Fundraiser, she said, "I do have ambitions and goals to one day becoming the controlling owner of the Denver Broncos. And I’ll keep working toward those goals. I’m not there yet, but I really believe I can get there."

Did these remarks trigger Bill Bowlen's court action? Could be — and it doesn't take the FBI's pipe-bomb detective squad to find a link between the filing and Beth's Broncos takeover attempt. The two are both represented by the same attorney.

The motion is accessible below in its entirety. But this excerpt lays out Bill's argument for sidelining the trustees:


Defendants hold a dizzying array of positions related to the management and control of Patrick D. Bowlen’s assets, which include interests in several closely held businesses, without any accountability. In addition, they are refusing to implement a long-term succession plan that meets Patrick D. Bowlen’s stated goals of keeping the Denver Broncos Football Club in his family and under the management and control of his children, knowing that the implementation of that plan essentially means that Defendants will be working themselves out of a position with the Denver Broncos Football Club. Moreover, the actions of the Agents are causing dysfunction within the Denver Broncos Football Club and the Bowlen family. Finally, and as set forth below, Petitioner has deep concern regarding Patrick D. Bowlen’s capacity at the time the documents that appointed Defendants in their fiduciary positions were created. 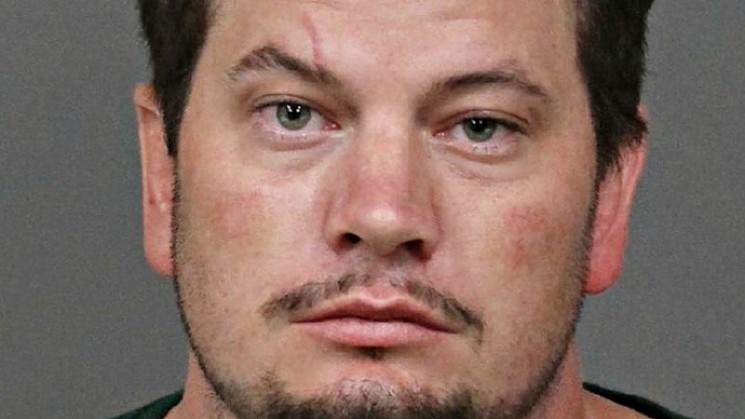 John Bowlen's 2017 mug shot.
File photo
In a statement issued by another PR firm (do the Bowlens actually talk to each other without going through third parties?), Bill underscored these points.

"I am a huge fan of the Broncos, and have been for decades," he maintained. "Unfortunately, over the past 15 years, I’ve noticed that the operation of the Broncos has deteriorated, while my brother’s health has worsened. I have real concerns with these trustees, their conduct and how they got to the positions they are in. They have little or no accountability to anybody but themselves. They have not complied with the rules of the NFL, and I am uncomfortable with the way they have handled my brother’s affairs. I know what his wishes were, and these individuals are definitely not following them."

The trust has responded with comments of its own that brim with bland confidence, including this: "The trustees will continue to execute Pat Bowlen's longstanding succession plan for the Denver Broncos in compliance with all NFL ownership policies."

How will this family feud end? Hard to say — but we can't wait to tune in to the next episode.

Click to read William Bowlen v. Josiah W. Ellis, et al.
KEEP WESTWORD FREE... Since we started Westword, it has been defined as the free, independent voice of Denver, and we'd like to keep it that way. With local media under siege, it's more important than ever for us to rally support behind funding our local journalism. You can help by participating in our "I Support" program, allowing us to keep offering readers access to our incisive coverage of local news, food and culture with no paywalls.
Make a one-time donation today for as little as $1.