A caricature of Bill O'Reilly dating back to a previous sexual-harassment accusation — back in 2004. YouTube
Fox News has decided to part company with personality Bill O'Reilly in the wake of revelations that the network has paid $13 million in settlement money to five women who accused him of sexual harassment.

“After a thorough and careful review of the allegations, the Company and Bill O’Reilly have agreed that Bill O’Reilly will not be returning to Fox News Channel,” 21st Century Fox, Fox's parent company, said in a statement.

Upon leaving Fox News, O'Reilly may want to consider a return to Denver.

Way back in the late ’70s, O'Reilly worked at KMGH, today known as Denver7, and in his 2002 book The O'Reilly Factor: The Good, the Bad, and the Completely Ridiculous in American Life, he enthused about his stint at the station. "Working this gig was the most fun I've ever had in my life," he wrote.

Although O'Reilly's stay in Denver was relatively brief — just a couple of years — it was definitely eventful. Here are five tales from the times, featuring triumph (he won an Emmy), tension (he was named in a lawsuit that had to do with defamation, not sex) and absurdity (bet your jaw hits the floor during the Marlboro Man story). 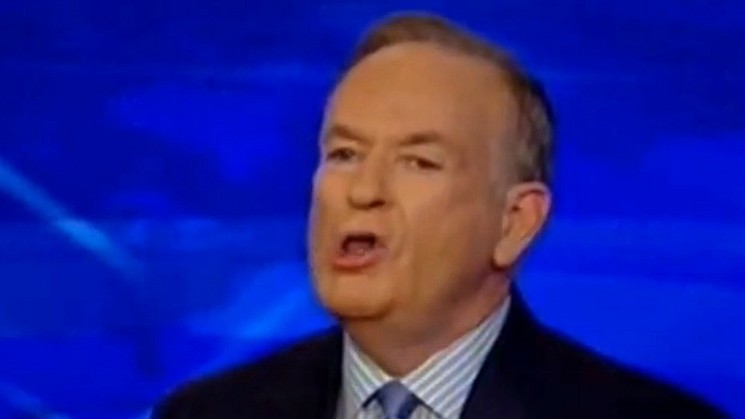 Bill O'Reilly in mid-freakout.
YouTube
Number 1: Bill O'Reilly loved his first boss at KMGH — and hated his second one

Of the two pages or so in The O'Reilly Factor book devoted to KMGH, a significant portion focuses on praise for his first boss, Paul Thompson. "He liked my brash style, paid me well, and allowed me free rein to roam all over Colorado in search of stories," O'Reilly stated. "Thanks to his faith in me, I broke some big ones."

O'Reilly's biggest professional achievement was winning an Emmy for best breaking-news coverage in the Rocky Mountain region for a story about an airline skyjacking at Stapleton.

Unfortunately for him, Thompson left KMGH after about a year or so and was replaced by someone O'Reilly refers to as both "Lucifer the Prince of Darkness" and "The King of Hell." In his words, "I fought back and was in constant trouble. Are there nine circles of Hell? I was sent down to level 8 at least." Only winning the Emmy caused "the fiend news director" to get out of his face, he maintained — "but the backbiting continued out of sight in the offices of upper management. I had still not learned that you cannot challenge authority in the workplace without lining up some major forces to support you."

A screen capture from an NBC News report about advertisers' negative reactions to revelations about sexual-harassment payouts related to Billy O'Reilly.
NBC News via YouTube
Number 2: O'Reilly's ego accompanied him to Denver

Another book, author Marvin Kitman's The Man Who Would Not Shut Up: The Rise of Bill O'Reilly, published in 2008, offers a glimpse of O'Reilly's time in Denver from some different perspectives — including that of a onetime colleague, Bob Cullinan.

According to Cullinan, the aforementioned Prince of Darkness was irritated by O'Reilly in part because "he pretty much ran that place." Kitman writes that O'Reilly also divided the newsroom, with some folks reacting to him with love and others with loathing. The former group was largely made up of younger reporters who were attracted by his pushy nature, not to mention his love of partying. O'Reilly, who was then in the 29-30 age range, enjoyed hitting the local dance club scene with his fan club. Described by Kitman as "Mr. Saturday Night Fever," O'Reilly is said to have taken advantage of his TV-fueled profile to pick up women, although during this period, he was "particular" rather than shooting for volume.

As for his journalism, Cullinan told Kitman that it was often wanting. In his words, "He would write the story before he did the interviews. Then he'd get the person to say what fit with his narrative." 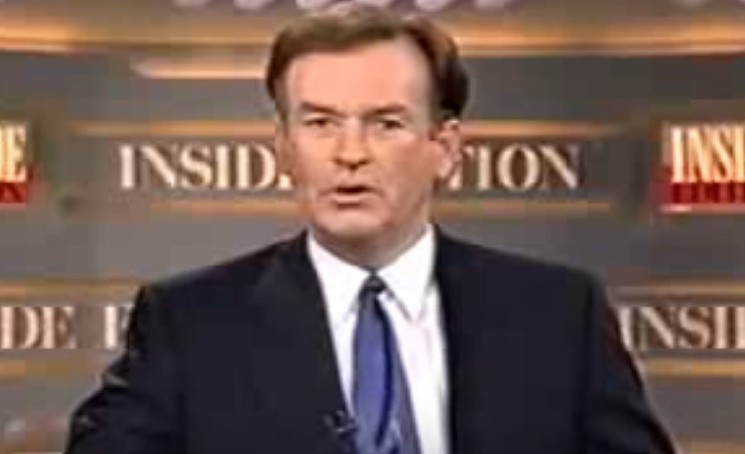 Bill O'Reilly during his time hosting Inside Edition.
YouTube
Number 3: O'Reilly was all about showbiz

Another of O'Reilly's extracurricular activities — adventure vacations taken with kindred spirits — also began in Denver, author Kitman reveals. And while at KMGH, he got to meet a personal hero, Clint Eastwood, whom he interviewed while the Squinty One was in Colorado filming one of his most bizarro flicks, Every Which Way but Loose, in which Eastwood co-starred with an orangutan.

His fondness for Eastwood extended to the medium of film as a whole, according to Denny Shleifer, another of O'Reilly's KMGH colleagues. Speaking to The Oregonian in 2015, Schleifer said that O'Reilly "loved to do movie reviews when we worked in Denver. Bill has always loved the show business part of communications. He recognized, when he did Inside Edition [O'Reilly hosted the syndicated program from 1989 to 1995] and such, that entertainment was the way news was going, unfortunately. Bill is very smart. More than anything else, Bill is a brand, and people want to see him and hear him. Love him or hate him, that's who he is."

Continue for more about Bill O'Reilly's time in Denver, including video of him claiming that he was approached to portray the Marlboro Man.