Body Broker Lawsuit: Woman's Head Went to One Place, Pelvis to Another 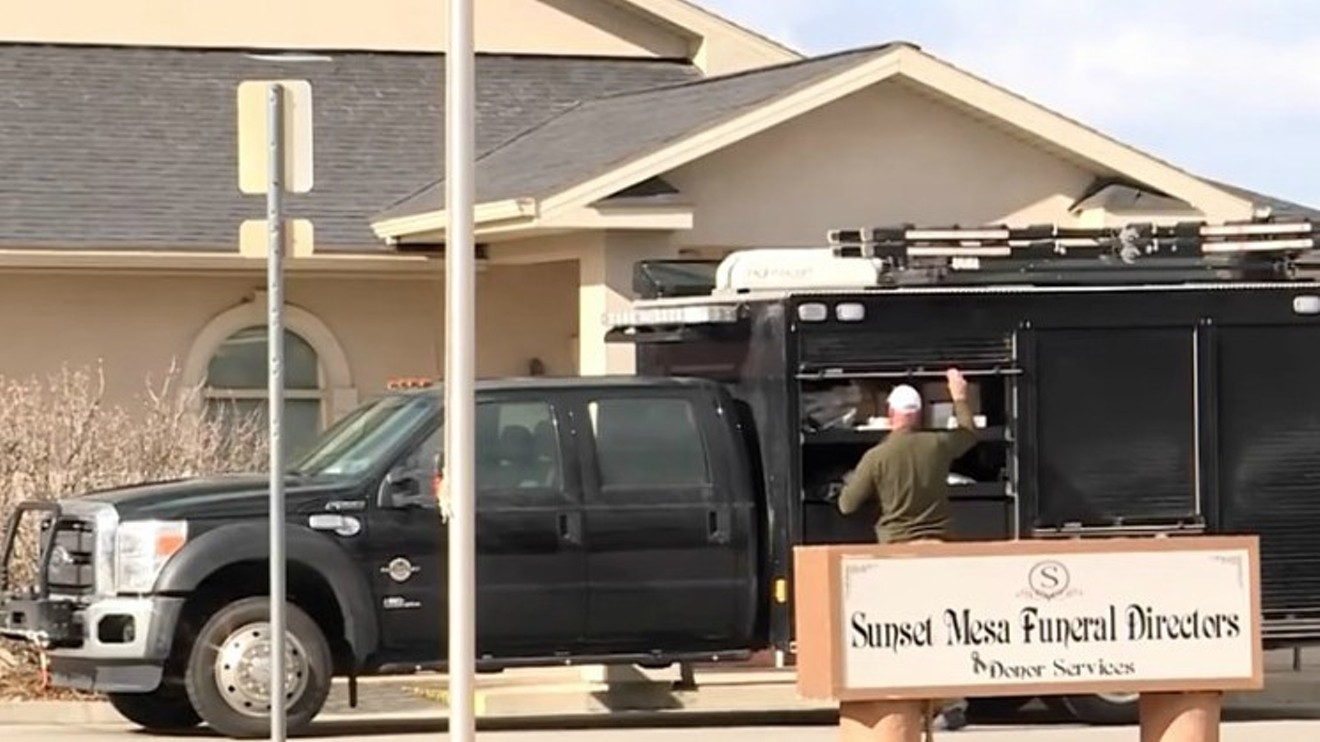 An investigator outside the Sunset Mesa funeral home in Montrose. CBS4 via YouTube
Shortly after Thanksgiving, Terri Thorsby received an unsettling surprise involving her late mother, Mildred Carl: a letter from the Federal Bureau of Investigation. And what started out as bad news soon got worse.

"Our clients placed a call to the victims' advocate office," says attorney Chris Cowan of Downs, McDonough & Cowan, LLC, a Durango law firm representing Thorsby and her family in a suit against Sunset Mesa, a funeral home affiliated with a so-called body brokerage that's inspired additional complaints and a new law, the Human Remains Disposition Sale Businesses Act, which went into effect in Colorado last year. "That's when they learned their mother's remains had been dismembered and sold."

He adds: "Her head went to one outfit, her arms, knees, feet and pelvis went to another outfit."

Body brokers have operated in various parts of the country in recent years, with prosecutors targeting business owners who sold human body parts without the knowledge or permission of loved ones. Examples include Steve Gore of Biological Resource Center of Arizona, who pleaded guilty to taking part in a criminal enterprise in 2015, and Arthur Rathburn, who earned a nine-year prison sentence last May following a guilty plea by his ex-wife, Elizabeth Rathburn, related to the practices of Detroit's International Biological. 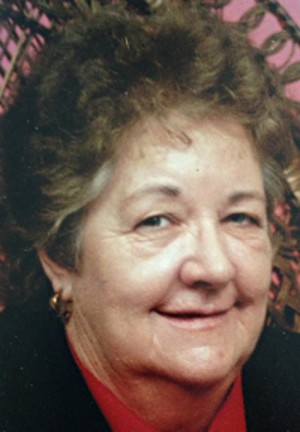 The photo of Mildred Carl included in her Durango Herald obituary.
Family photo via Legacy.com
And then there's Sunset Mesa, a funeral home and body brokerage that owner Megan Hess allegedly ran out of the same building in Montrose, located on Colorado's Western Slope, until February 2018, when the FBI conducted a raid. Investigators soon learned a series of dirty secrets about the place — such as that what some family members had been told were cremains were actually powdered cement.

As for what happened to the actual remains, attorney Michael Burg of the Denver law firm Burg Simpson, which has filed a number of lawsuits involving body brokerages, including a new class-action complaint against Sunset Mesa, offers a number of possibilities. Last year, he told us that "what these companies really do is get the body and chop it up and sell the parts all around the country. They sell the heads, arms, legs, hips, genitalia. We have discovered that many of these bodies are sold to the Department of Defense and are blown up like crash-test dummies."

Cowan says members of the Thorsby family have no idea how Carl's body parts were used, "but they never consented to any of this, and they don't know what happened to the remains after the buyers were done. So they wrestled with this over the Christmas holidays and then they gave us a call. And their story really touched us. We thought, 'What kind of people are we dealing with who would do something like this?' We wanted answers, and I know a lot of other families want answers as well."

He stresses that the Thorsby family's complaint "isn't about money or a huge amount of compensation for the worry and anguish they suffered," especially since it's unclear if Hess has much in the way of resources in the wake of the FBI's actions. It's more important for them to know exactly what happened — and not only just to Carl, who passed away in July 2014. 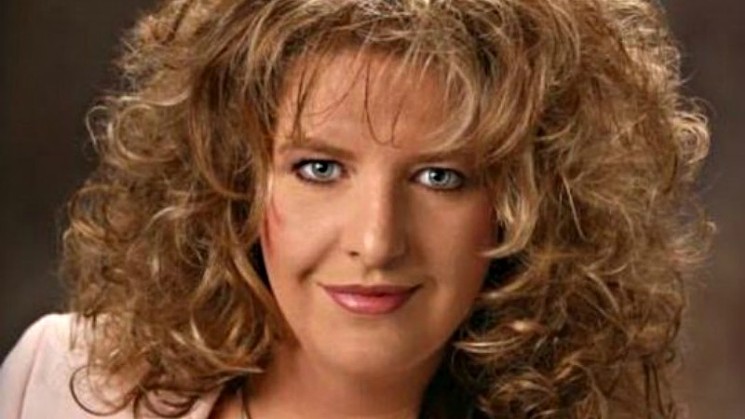 Megan Hess
Facebook via metro.co.uk
"They don't have any information at all about their dad, who died six months later and was sent to Sunset Mesa, too," Cowan notes. "But the family and the mom and dad had discussed what they wanted, and they all agreed that they wanted the remains cremated. That's what they thought they were getting — a dignified cremation service and a return of their ashes to their proper place, as the family saw fit. And now they're worried that their dad's not resting altogether peacefully with their mom."

According to Cowan, the family hasn't had the supposed remains they have in their possession tested to see if any of them are genuine; he feels they've resisted doing so because they haven't wanted to further compound their trauma. But when Bobby Espinoza, who spoke to us last year, went through that process with what Sunset Mesa had claimed were his dad's remains, he divulged that "they came back as not human. They didn't tell me what they were, but they appear to just be dirt."

The Thorsby family is still grappling with the other revelations about Sunset Mesa.

"They had no knowledge that this industry even existed," Cowan confirms. "It was just a complete shock for them when they heard the nature of this. We've all heard there's a need for organs — recently harvested organs that are still viable for transplant. The family knew about that, but it wasn't possible for them to donate organs from their mom or dad given the age of these folks. And for Sunset Mesa to be making money on this knowing that people are struggling with medical bills and funeral bills after it's all over is outrageous." 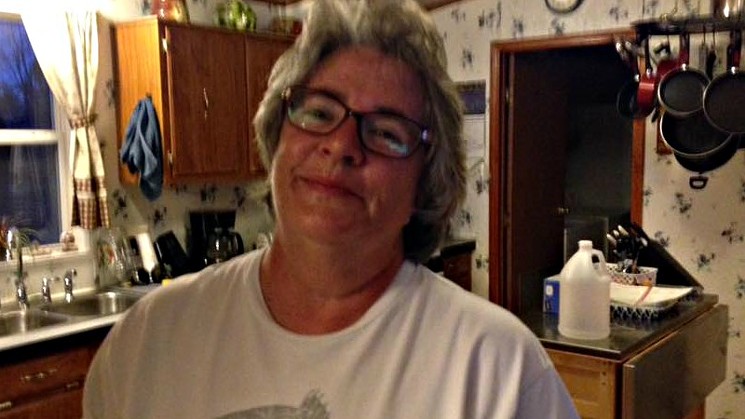 Terri Thorsby
Facebook
In his view, Cowan believes the lawsuit can help "raise awareness of the funeral home industry for people considering what to do with their loved ones — and perhaps for those that can't afford that kind of service, they might be able to leave a legacy and donate the body to science in exchange. But there needs to be full disclosure of what's being done in a dignified way — not a letter from the FBI letting you know that your mother's head was shipped off somewhere."

He points out that people in the Thorsbys' position are left to ask "where their mom's head is now, and how it was disposed of. Was it disposed of in a dignified manner? Or was it cut up and sold and afterward considered medical waste? That's unsettling to think about for anyone."

In the meantime, Cowan and the rest of his firm's legal team aren't only focusing their attentions on Hess and Sunset Mesa. "We're also looking at whether there might be conspirators," he says. "The sale of body parts can be legitimate, and there are many sound, scientific hospitals and researchers who need them. But if there's someone who's running a profit machine rather than doing something to benefit science — a business that's profiting from the underground sale of these body parts — then those parties could be liable, too."

We've reached out to Megan Hess, who hasn't spoken publicly about the accusations against Sunset Mesa in several years. If and when she gets back to us, we'll update this post.

Click to read Terri Thorsby v. Sunset Mesa Funeral Foundation, et al.
KEEP WESTWORD FREE... Since we started Westword, it has been defined as the free, independent voice of Denver, and we'd like to keep it that way. With local media under siege, it's more important than ever for us to rally support behind funding our local journalism. You can help by participating in our "I Support" program, allowing us to keep offering readers access to our incisive coverage of local news, food and culture with no paywalls.
Make a one-time donation today for as little as $1.