Boebert Watch: Fast and Loose With Both Money and the Truth 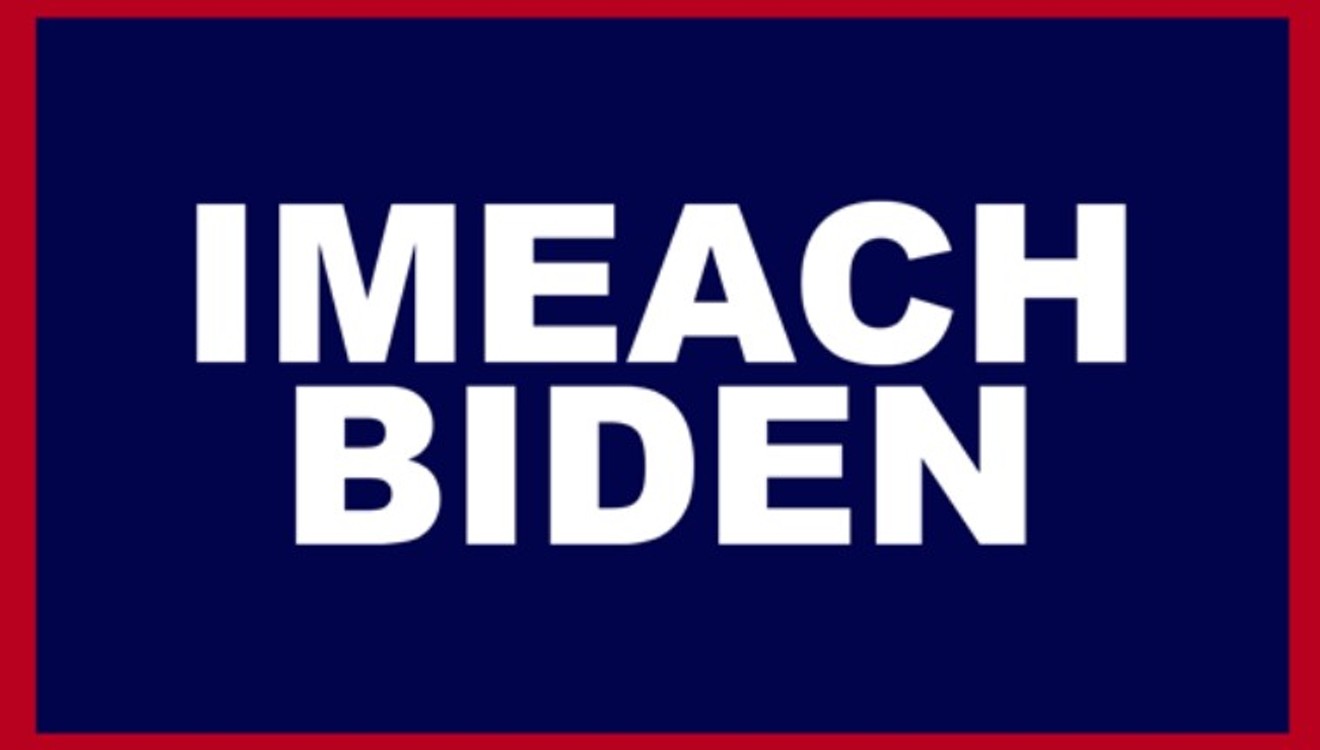 Seriously, BoebertForms.House.Gov
Representative Lauren Boebert last week introduced articles of impeachment against President Joe Biden and Vice President Kamala Harris, citing a laundry list of accusations. The fact that this move came a day after news broke that Boebert's campaign finance disclosures are once again under investigation should suggest nothing about the veracity of those accusations. Nothing.

Also, pay no attention to the typo in the graphic provided by the Boebert folks when this announcement was initially made. "Imeach" is a perfectly fine way of spelling "Impeach." It's not an error. It's an "alternative fact."

There are few facts tied to the articles of imeachment she introduced, nothing behind them but political malice and a desire to distract the blood-red GOP base. It's not even the first time that articles of this sort have been introduced: Braintrust Marjorie Taylor-Greene did it on President Biden's first day in office, and has done so again since. Boebert's impeachment articles — sorry, "imeachment" articles — will doubtless face the same fate as have Taylor-Greene's, which is to say a well-deserved and ignominious quick-fade into the GOP's long and growing list of cynical political moves that are more about appearances than effect.

What might well have an effect is the Federal Election Commission's new inquiries into how Boebert has once again misappropriated campaign funds for personal use. Back in February, there were questions about $20,000 in mileage reimbursements, which suggested that Boebert drove nearly 37,000 miles in seven months, an unlikely average of over 175 miles every day during the pandemic, when travel was limited. Then in August, it was revealed that Boebert’s husband, Jayson, had made an unreported $478,000 the previous year working as a consultant for an energy firm — while Boebert sat on the House Natural Resources Committee. Then came questions from the Federal Election Commission about four unidentified Venmo payments amounting to over $6,000, just revealed to have been for rent and utility bills on behalf of her gun-themed Shooters Grill, which showed a loss of nearly a quarter-million dollars in the pre-pandemic year 2018. These illegal payments came about the same time as Shooters settled a $19K lien from Garfield County levied due to non-payment of unemployment premiums. 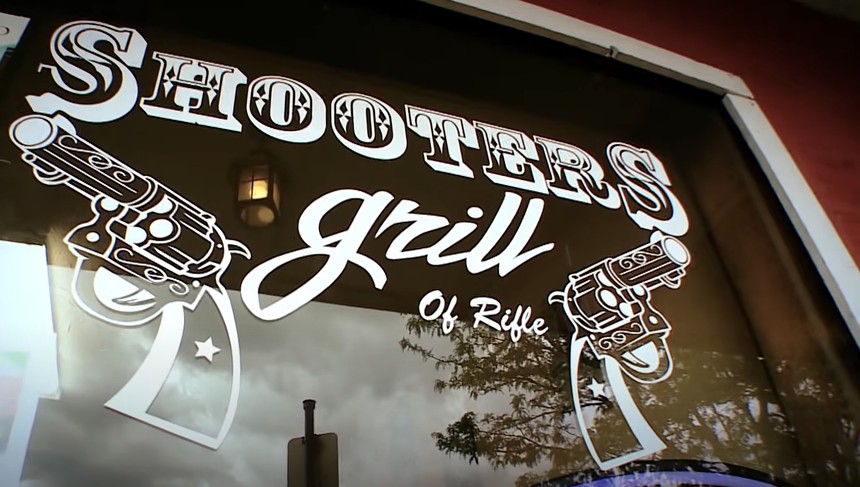 Could the restaurant that propelled Lauren Boebert's political career also play a part in its demise?
YouTube
The Venmo payments are a violation of campaign financing law that Boebert’s people are once again attempting to write off as simple error — but given the growing record of such errors, the FEC is now investigating whether this latest snafu is yet another example of some sloppy accounting or actual evidence of ongoing political grift.

“It’s no coincidence Lauren Boebert and her husband became flush with cash as soon as she ran for and got elected to Congress," says David Pourshoushtari, spokesperson for the Colorado Democratic Party. “Lauren Boebert plays fast and loose with cash and the truth. Congresswoman Boebert is only interested in rubbing elbows with big corporations and wealthy donors, all while lining her pockets.”

While guns are undeniably the thing for which Lauren Boebert wants to be known, the misuse of funds is quickly replacing firearms as Boebert’s brand. To be sure, the love of gun culture is how she first gained some notoriety, ironically with the very pistol-packing restaurant that is now suddenly becoming problematic to her political career. But that purposeful persona can only be crafted for so long before a politician's actions begin to define her more than her rhetoric. As Boebert’s little Wild West show continues, she's looking less Wyatt Earp and more Soapy Smith. 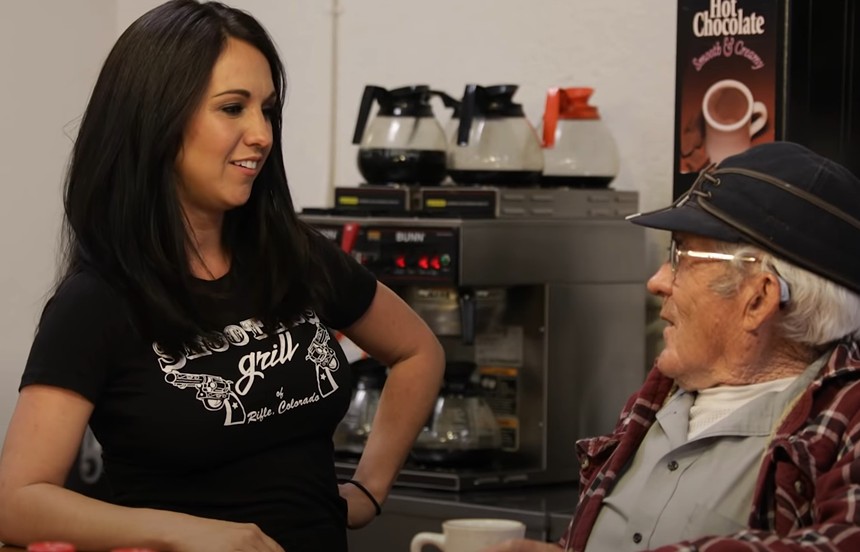 How long will it be before Lauren Boebert is back pouring coffee?
YouTube
These disclosures got us wondering what other revelations might be waiting in the political wings. What other accounting errors are left to report? Our intrepid investigator, who'd previously found stashes of Boebert notes, just stumbled on a bookmark in a dog-eared copy of The Art of the Deal left behind in the green room of OAN after a rousing Boebert interview that lists a few campaign finance possibilities: