At least the Boebert children aren't heavily armed in this photo. Bombardier Books

There’s a lot that you might say about a book written by Colorado 3rd Congressional District Representative Lauren Boebert. The first thing that comes to mind: Now there’s a book I’d like to read fewer than zero times. Or maybe you'd like to share the late Christopher Hitchens quote about writing: “Everybody does have a book in them, but in most cases that's where it should stay.”

But a book is exactly what Boebert is birthing this coming July, titled My American Life. It’ll be a 224-page advertisement for her brand, most likely in large font and with wide margins to pad it out. The book’s promotional text foretells its barrel-bottom level of both accuracy (it references “the success of Shooters Grill,” which lost a quarter-million dollars in 2018, did not report as legally required in 2019 and was in part being illegally financed using campaign money) and class (it ends with a line about the “crazy liberals” and “all their bullcrap”). It's not every day that you see attack language in book-jacket flap text.

But as wordsmith Boebert once said: “There enlies the problem.” My American Life is not going to be your everyday book. It’s going to be public relations work thinly disguised, more of the same Boebert-level discourse with which we’ve become all too familiar in the last couple of years. It will move no hearts, because it itself has no heart to give. It will be, no doubt, as empty as Boebert’s pandering rhetoric — the same-old-same-old for her base, and largely incomprehensible nonsense for the rest of us. It will operate as it was meant to: as a cynical, money-making proposition direct from the Trumpian playbook, wringing cash from the faithful while their wavering faith holds.

But none of that should suggest that books by Colorado politicians have always been unworthy of our attention. On the contrary, many of them have been celebrated in their circles — some have won awards, and others have earned their authors almost as much notoriety for their writing as for their governance.

Here are ten examples, in no particular order, of books worth the space on your Colorado shelves: 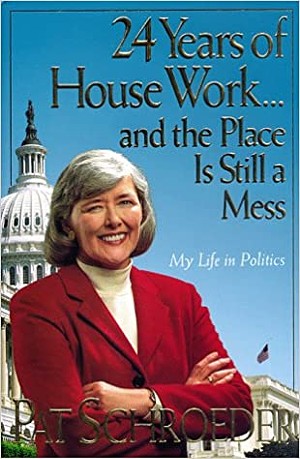 Andrews McMeel Pub
24 Years of House Work...and the Place Is Still a Mess
Pat Schroeder
One of Colorado’s most famous women of the late twentieth century was Pat Schroeder, longtime member of the U.S. House of Representatives and the first female representative from Colorado. She ran for president — very briefly — after chairing Gary Hart’s famously truncated 1988 presidential campaign and stepping in after his sudden withdrawal. But serving in the U.S. House for twelve terms gave her a lot to write about, culminating in this 1998 memoir.

The Land of Flickering Lights
Michael Bennet
Colorado’s other sitting senator, Michael Bennet, wrote The Land of Flickering Lights: Restoring America in an Age of Broken Politics. This book isn't a biography  — instead, it's a look inside today’s politics, specifically in the Trump era, focusing on “the people, the politics, the motives, the money, the hypocrisy, the stakes, the outcome — the pathological culture of the capital and the consequences for us all.” It came out around the same time that Bennet, too, threw his hat into the ring for the presidency. As the Daily Beast put it: “It’s a campaign book, yes, but it’s a smart and substantive one.”

Drain the Swamp
Ken Buck
Make no mistake: This book is trading on the “Drain the swamp” canard very deliberately, published as it was during the early months of the Trump administration. But despite that, the first half of Drain the Swamp: How Washington Corruption Is Worse Than You Think is actually a fascinating look at the inside workings of American government. The second half veers from this effective approach and indulges in long-winded explanations of old-hat conservative policy that isn't nearly as captivating. Whether that’s Buck’s influence or that of co-author Bill Blankschaen is anyone’s guess. 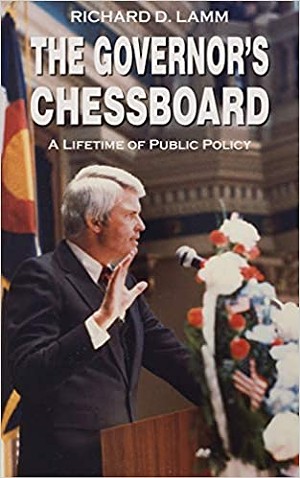 Chicago Review Press/Fulcrum
The Governor’s Chessboard
Richard Lamm
The late Dick Lamm served in Colorado politics for more than two turbulent decades, from his start in the state legislature in 1966 to his finish in the governor’s mansion in 1988. This political career is at the heart of Lamm's 2019 memoir, The Governor’s Chessboard: A Lifetime in Public Policy. He’s perhaps best remembered for his fight to reject the 1976 Winter Olympics from taking place in Denver, but Lamm was interested and instrumental in many other issues important to Coloradans and wrote about those as well: environmentalism in The Angry West, medical policy in Brave New World of Healthcare, and the state itself in Mountains of Colorado. He passed away in July 2021, leaving a legacy of not just political action, but some prolific publishing, as well.

Straight From the Heart
Dottie Lamm
Dottie Lamm was the First Lady of Colorado from 1975 to early 1988; during that time, she was also a columnist for the Denver Post — and the writing gig continued, ending only when she herself ran for the U.S. Senate. She lost that election to Ben Nighthorse Campbell, but never lost her place in the hearts of Coloradans for her insight and humor. Lamm's 1983 book, Second Banana, was the forerunner to Straight From the Heart, a collection of her best columns over the years. This is another classic Colorado life worth celebrating.


Durango, Gary Hart
It’s tough to pick just one book from former Colorado senator and notorious presidential candidate Gary Hart. Durango is perhaps his most famous work of fiction, both “an enjoyable story and an education in water storage politics,” according to the Denver Post (which was meant positively, we think). But Hart wrote prodigiously, and his 2015 non-fiction book The Republic of Conscience is a fascinating meditation on American politics on the cusp of the Trump era. 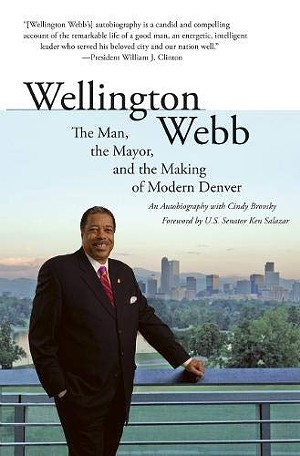 Wellington Webb, Wellington Webb
The inspirational story of Denver’s first African-American mayor is told by the man himself in Wellington Webb: The Man, the Mayor, and the Making of Modern Denver. Webb was elected as a result of his “Sneaker Campaign” in 1991, when he walked door-to-door through much of the Mile High City, introducing himself personally. This 2007 book sort of does the same thing, though it also serves nicely as a modern political history of Denver. And it saves his rubber soles from further deterioration, to boot.


Sex, Science, and Stem Cells: Inside the Right Wing Assault on Reason, Diana DeGette
Diana DeGette was elected to the House seat vacated by Pat Schroeder, and has in some ways followed in Schroeder’s considerable footsteps — including a foray into writing a book. But this one isn’t a memoir; instead, it’s a focused argument about the George W. Bush administration in 2008. The fact that the right wing’s assault on reason was only in its infancy back then takes nothing away from the effective debate that DeGette presents based on her experience and frustration working to legislate national policy while considering cutting-edge science.

And just in case you think that Colorado politicians writing books is a fairly modern thing, consider William B. Ebbert, a Civil War veteran, publisher of the Pueblo Review and Standard newspaper, and Colorado state legislator. He served as a Republican from 1889 to 1890, and then as a Democrat from 1907 to 1908 and again from 1911 to 1912. But before all that, he was both farmer and poet, publishing his thoughts in the 1897 book On Colorado’s Fair Mesas. It might be in the public domain now, but it’s still available — and worthy of space on any Coloradan’s bookshelf.
KEEP WESTWORD FREE... Since we started Westword, it has been defined as the free, independent voice of Denver, and we'd like to keep it that way. With local media under siege, it's more important than ever for us to rally support behind funding our local journalism. You can help by participating in our "I Support" program, allowing us to keep offering readers access to our incisive coverage of local news, food and culture with no paywalls.
Make a one-time donation today for as little as $1.