Boulder Is the Best Place to Live in America, Says U.S. News 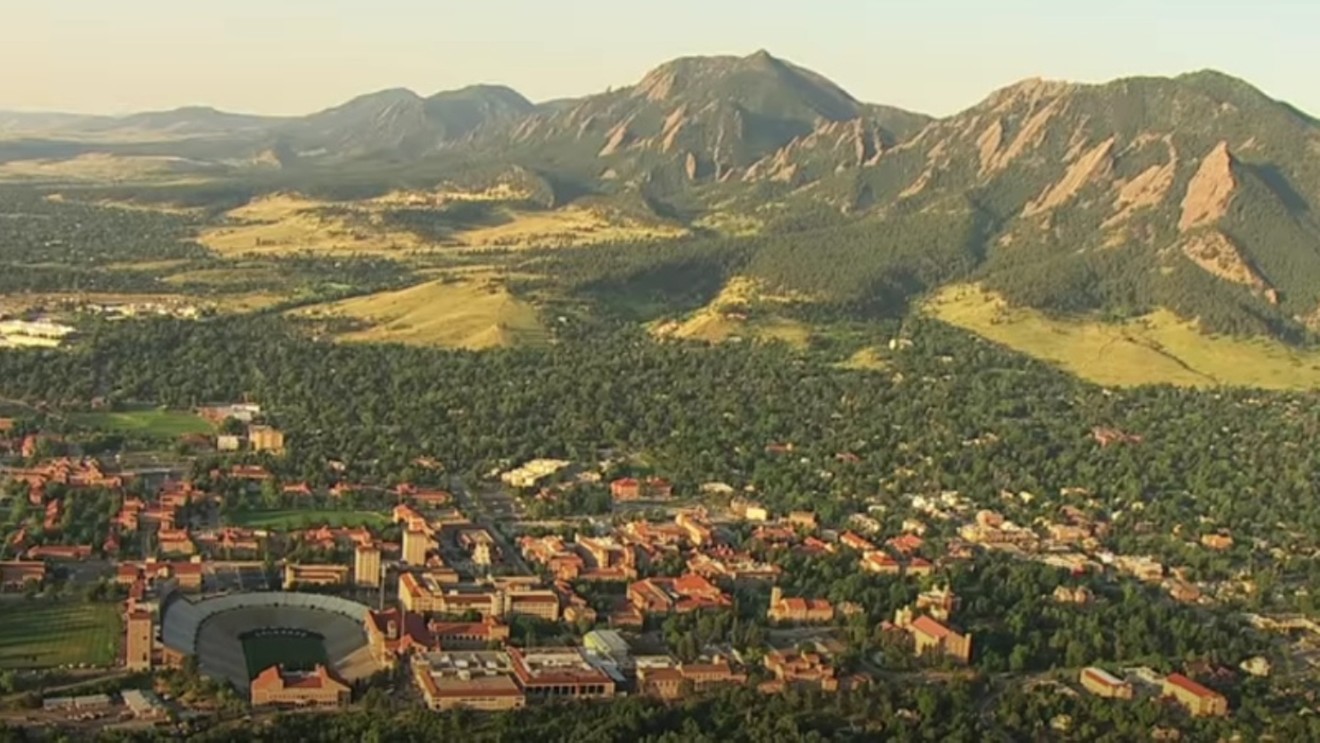 Boulder from the air. YouTube file photo
The just-released U.S. News & World Report survey of the best places to live in America in 2021-2022 awards the number-one spot to Boulder for the second consecutive year. And while the rankings for Denver, Colorado Springs and Fort Collins have slipped a bit since 2020, all three remain in the top twenty, making Colorado the most desirable state in the union.

As if you didn't know that already.

There is no shortage of lists purporting to identify the top cities in the U.S., and Colorado tends to do well in many of them. Money magazine named Parker the second-best place to live in the country as of 2020, and Broomfield rated a high finish in a CNN roundup that same year. But the annual U.S. News list is one of the most venerable projects, and its methodology, which is detailed here, is among the most rigorous.

Colorado absolutely dominated U.S. News's 2020 best-places-to-live edition, with Boulder in first place, Denver in second, Colorado Springs in fourth and Fort Collins in fifth. This time around, Colorado Springs slipped to sixth, Denver to fourteenth and Fort Collins to seventeenth out of the 150 metro areas named. Colorado is the only state with four cities in the top twenty; Florida has three, but the highest finisher, Naples, doesn't pop up until the seventh slot.

Here are the top twenty:

As for why Boulder got the biggest nod, the page devoted to the city waxes rhapsodic about its natural beauty and laid-back lifestyle, as seen in the following excerpt:


Snug against the foothills where the Great Plains give rise to the Rocky Mountains, Boulder is nothing if not a looker. This city reveals its spectacle at the crest of a hill on U.S. Route 36 from Denver with its iconic sandstone slabs rising from the mountains, prefaced by pine-clad mesas and cradled within the backdrop of the snow-capped Indian Peaks.

For residents seeking wellness, Boulder has opportunities from forest bathing and free meditation sessions to an abundance of marijuana dispensaries, spas and alternative health care studios. The full spectrum of yoga disciplines is represented here, as well as a plethora of fitness options to ignite your curiosity, including parkour, aerial dance and “Animal Flow” ground-based movement classes. People looking to bring balance to their work life can find job perks that include participation in the city’s annual Tube to Work Day. Had it with the 9 to 5? Make like Boulder’s dirtbag climbers and live in a van, work odd jobs and become a fixture at the area’s legendary crags.

This blissed-out enclave attracts young professionals, families, academics, scientists, transplants from both coasts, old guards who insist it was way cooler in the 1970s and, above all, lovers of outdoor recreation. Trail runners, hikers, climbers, cyclists and more move here to live in this perpetual playground, where the answer to “What do you do?” is often one’s activity of choice, not occupation.

But U.S. News clearly feels that investment is worth it.
KEEP WESTWORD FREE... Since we started Westword, it has been defined as the free, independent voice of Denver, and we'd like to keep it that way. With local media under siege, it's more important than ever for us to rally support behind funding our local journalism. You can help by participating in our "I Support" program, allowing us to keep offering readers access to our incisive coverage of local news, food and culture with no paywalls.
Make a one-time donation today for as little as $1.