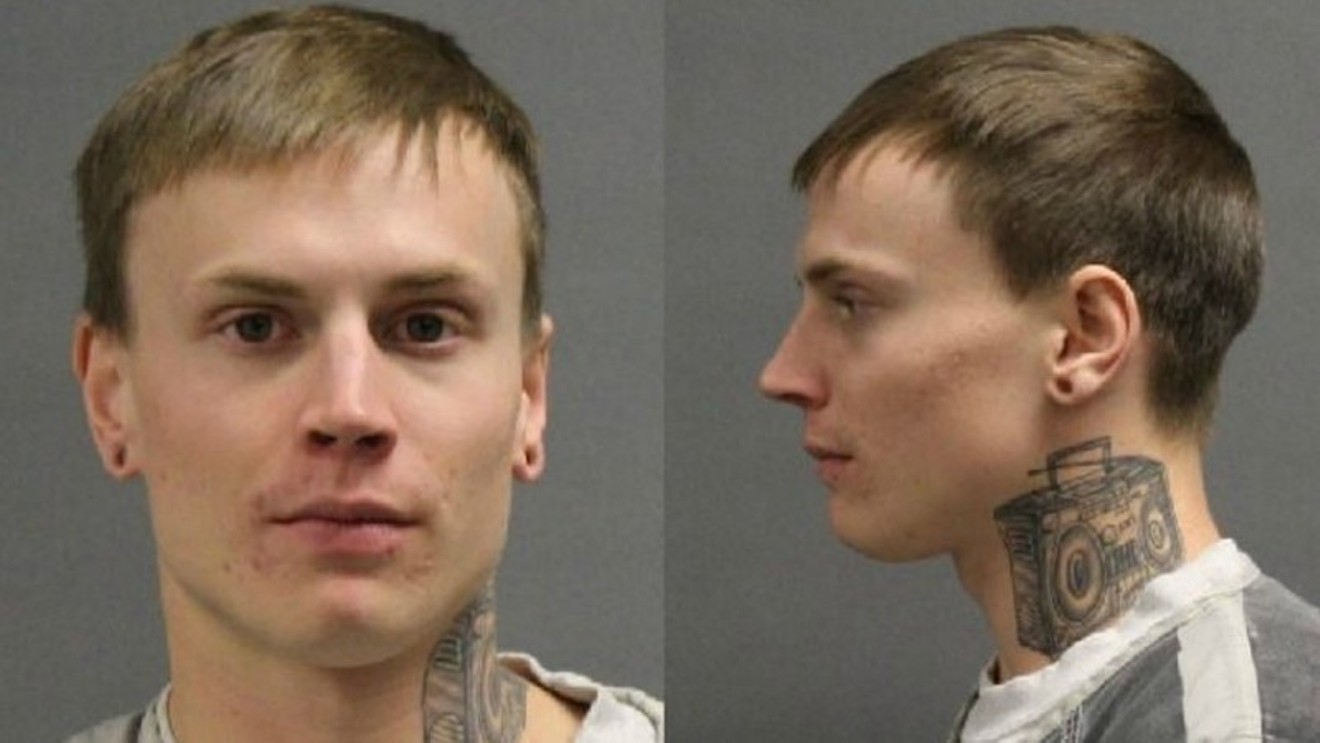 The booking photo of Brandon Johnson released following his arrest for Mark Largay's 2015 death. Note the distinctive boombox tattoo on his neck. Fifth Judicial District DA's office
In February 2016, Brandon Johnson and William Lancaster were charged with felony manslaughter for selling Mark Largay fentanyl, a powerful opioid that wound up killing him. Two years later, Johnson has been sentenced for a lesser crime, distributing a controlled substance, but still must serve five years behind bars because of an aggravating factor. Johnson was confined in a community-corrections facility in Denver when he took part in what proved to be a fatal transaction.

Fentanyl has been the object of some notorious thefts by hospital personnel in recent years. One significant case involved surgical tech Rocky Allen, whose needle-swapping led to approximately 3,000 patients at Swedish Medical Center being tested for hepatitis B and C, as well as HIV.

Prior to the Allen incident, Rose Medical Center operating-room technician Kristen Parker was given a thirty-year prison sentence for infecting some hospital patients with hepatitis C over her own fentanyl-fueled needle-swapping — and in 2016, nurse Kim Burgans was arrested for allegedly stealing fentanyl at a hospital in Frisco.

At around the same time as Burgans's bust, the Fifth Judicial District Attorney's Office announced that it would be seeking felony manslaughter convictions against Johnson and Lancaster over Largay's 2015 death, caused by fentanyl from a transdermal patch. 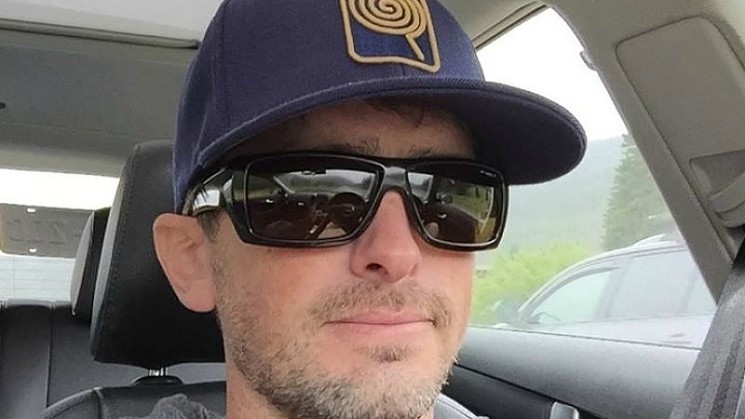 The late Mark Largay.
Facebook
Lancaster was also accused of recklessly causing death, possession and use of a controlled substance, tampering with evidence, encouraging another person to tamper with evidence and attempting to influence a public servant. Additional beefs against Johnson included recklessly causing death and the sale and distribution of more than fourteen grams of fentanyl.

The original indictment against the men stated that on November 1, 2015, Largay exchanged several text messages with Johnson regarding the purchase of fentanyl patches, then drove to Denver to complete the deal.

Meanwhile, Largay was texting with Lancaster, his roommate, with the latter walking him through the transaction and advising him on "how to ingest the fentanyl to maximize the high," the DA's office noted. "He even offered to 'extract' the Fentanyl from the patches that Largay purchased. Lancaster told Largay that gel patches were better than other forms of the drug."

In the text exchanges, Lancaster also told Largay that he had to be "super-careful" when smoking fentanyl "because people die that way all the time."

Like Brandon Johnson, William Lancaster was originally charged with manslaughter, but was eventually convicted of a lesser offense.
Fifth Judicial District DA's office
This warning proved to be tragically prophetic. At 5:38 p.m. on November 2, Largay was found unconscious in his home, located in Summit County, and couldn't be revived. Fentanyl was determined to have been the cause of his death.

Afterward, the indictment maintained, Lancaster asked Largay's girlfriend to erase the texts between the two of them, but she refused.

This reticence no doubt influenced prosecutors' decision to drop manslaughter from Johnson's roster of allegations the following July.

A more recent mug shot of Brandon Johnson.
Fifth Judicial District DA's office
Because Johnson was in Denver when he sold Largay the fentanyl, the case was transferred to a court here — and a jury convicted him of the aforementioned distribution offense in January. He could have faced up to six years behind bars, but he's now been sentenced to five. On top of that, he must serve one year of mandatory probation and pay $2,931.74 — the cost of prosecuting him.

In a statement afterward, 5th Judicial District Attorney Bruce Brown said, "Every day people in Colorado are dying from opioid overdoses, challenging medical and legal professionals to treat users and hold dealers accountable — different but both important strategies if we are going to save lives."

Brown continued: "We must continue to look for solutions to giving communities and drug users the help they need to kick addiction, such as treatment, and provide first responders with effective methods to rescue people from potentially fatal overdoses."

Nonetheless, manslaughter appears to be a bridge too far for jurors, even when it comes to a substance as risky as fentanyl.