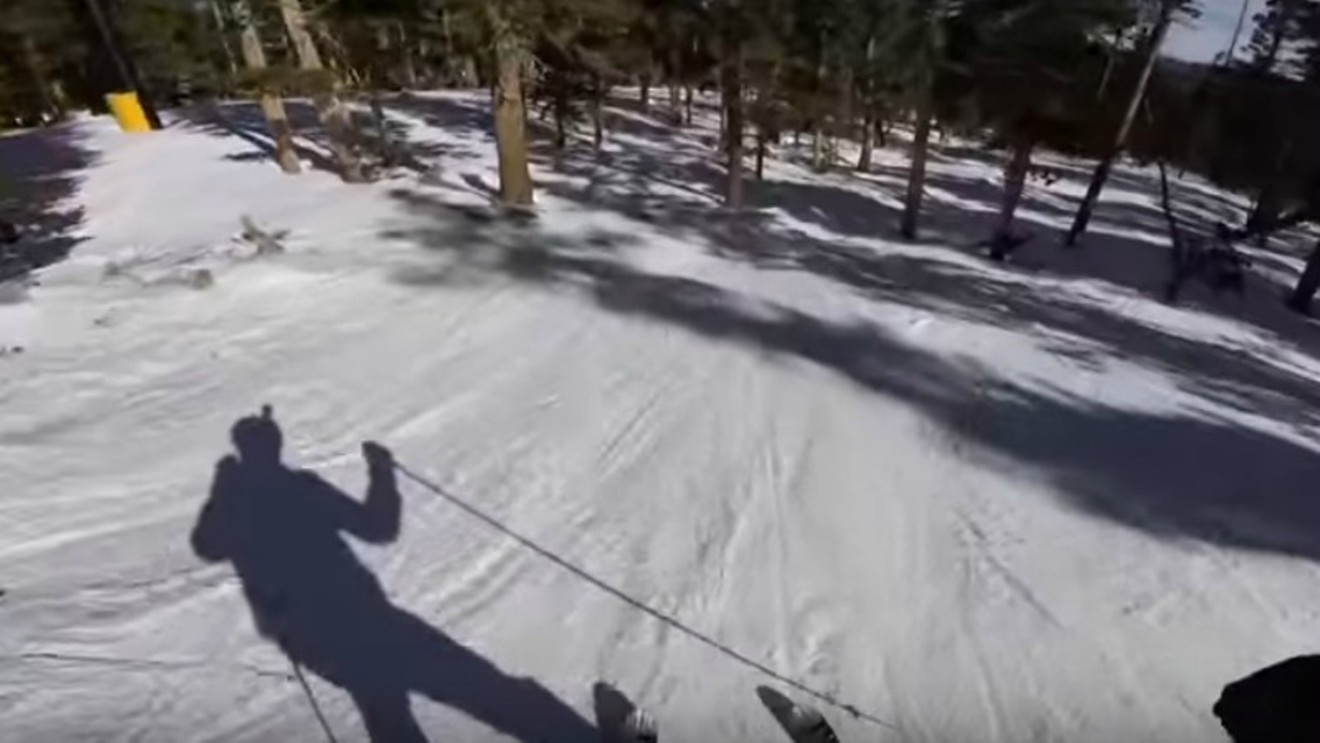 A look at the Mule Shoe run at Eldora, where a 23-year-old Buckley airman died yesterday. A video and more below. YouTube
Update: Tien Tran, a native of Hawaii who was serving as an airman at Buckley Air Force Base, has been identified as the person who died snowboarding at Eldora on Tuesday, March 7. Get more details about skiing casualties at Colorado resorts during the 2016-2017 season in our post "Andrew Garcia Is 10th Colorado Ski Resort Death, Total Passes Last Year's." Here's the base's release about Tran:

Tran, 24, sustained a fatal head injury after crashing into a tree while snowboarding at Eldora Mountain Resort in Nederland, Colo.

According to a release from the Boulder County Sheriff’s Office, the Eldora Ski Patrol responded to reports of an injured person on the Muleshoe run. The patrol began CPR and continued until paramedics arrived on scene. Paramedics ceased resuscitation efforts and pronounced the Airman dead on the advice of an on-duty, emergency-room doctor. The Airman was later legally pronounced dead by the Boulder County Coroner’s office.

Tran was wearing a helmet at the time of the incident.

“The death of Airman Tran is a tragic loss for the Air Force and the intelligence community,” said Lt. Col. Chandler Atwood, 566th IS commander. “The squadron is coming together as a family in this difficult time, and we’re ensuring resources are available for the family, friends and co-workers.”

As an electronic intelligence signals analyst, Tran operated a $4.5 million system and analyzed, reported and directed intelligence data supporting three national agencies and combat services that enabled global military operations. He earned accolades in his role for serving as a trainer for joint-service analysts and excelling in real-world and exercise situations.

He was committed to volunteering in the local community through services such as Habitat for Humanity.

“Every Airman plays a vital role in the success of our greater Air Force mission, and we are truly saddened by the loss of this Team Buckley member,” said Col. Scott Romberger, 460th Space Wing vice commander. “As a team, we will come together and provide any support needed by our base partner.”

Tran, born in Keaau, Hawaii, served in the Air Force for three years. Buckley AFB was his first duty station.

Buckley AFB will host a memorial service for Tran. The time and date will be announced once determined.

Original post, 5:38 a.m. March 8: A thus-far-unidentified 23-year-old airman at Buckley Air Force Base died snowboarding at Eldora on Tuesday, March 7. His death took place the day after Tess Smith, a fifteen-year-old from Wichita, Kansas, passed away as the result of thus-far mysterious complications related to a broken leg she suffered while skiing at Breckenridge.

Depending upon whether or not Smith's death is included in the overall statistics (a matter of some debate), the airman is either the seventh or the eighth person to die at a Colorado ski area during the 2016-2017 season.

In addition to Smith, three of those who died — Kevin Pitts, Sean Haberthier and Ricardo Cohen — had been skiing at Breckenridge.

Other skiing deaths this season include San Antonio mom Kelly Huber, who fell to her death from Granby Ranch's Quick Draw Express ski lift on December 29, 2016; Alicyn Mitcham, a seventeen-year-old from Colmesneil, Texas, who died after crashing into a tree while skiing at Winter Park on February 15; and Kressyda Ming, a mother of five, whose death at Purgatory, in southwestern Colorado not far from Durango, took place on February 25.

The airman's death is the first to take place at Eldora, located in Boulder County near Nederland, since the fatal accident suffered by CU Boulder student Rob Miles on the resort's Jolly Jug run in December 2014. 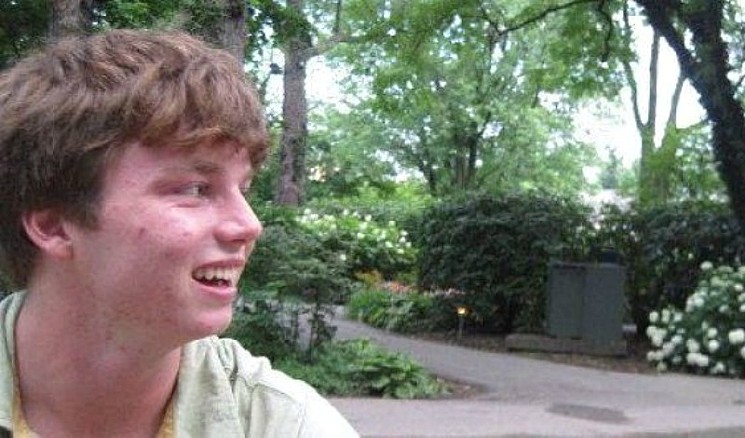 Rob Miles, who died at Eldora in December 2014.
Facebook
However, another serious incident involving a snowboarder at Eldora took place just over a week before the latest incident.

On February 26, according to the Boulder County Sheriff's Office, members of the BCSO, along with folks from the Eldora Ski Patrol and American Medical Response, were called to a part of the resort known as the terrain park.

There they found a 25-year-old male who had smashed head first into the snow while using one of the park's rails. The man sustained life-threatening head injuries even though he had been wearing a helmet, and the decision was soon made to transport him by helicopter to a metro Denver hospital. That his name hasn't been publicly released means he survived.

At around 10:35 a.m. on the 7th, the BCSO notes in a separate news release, authorities were notified about a resort guest who'd been injured on Mule Shoe, a black-diamond run; the designation means the run should be traversed only by advanced skiers.

This video offers a look at Mule Shoe (spelled as one word in the clip's title).


Note that the sheriff's office initially described the man as a skier rather than a snowboarder.

When personnel reached the airman, he was unconscious and not breathing, and while he, too, had been wearing a helmet, he failed to respond to revival efforts.

Buckley's policy reportedly withholds identification of individuals associated with the air base who've died until 24 hours after next-of-kin notification.

In the meantime, Eldora has released the following statement about yesterday's tragic accident: "Eldora Mountain Resort is saddened to announce that there has been a guest fatality at the ski area [Tuesday]. The Eldora Ski Patrol confirms that this patient was treated with a well-coordinated medical response, including multiple agency support, starting with EMR Ski Patrol, American Medical Response and Nederland Fire Department."