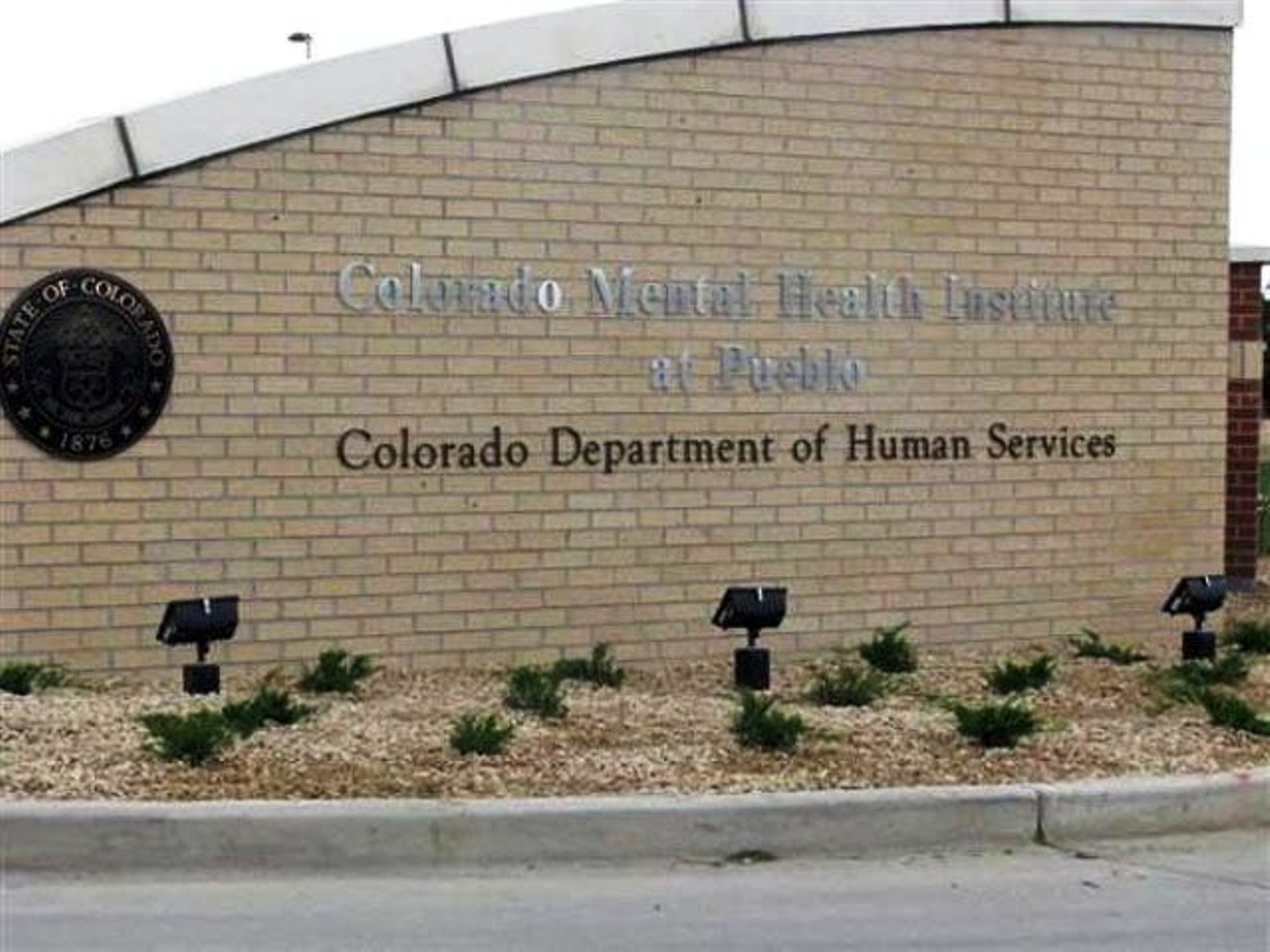 Chronically understaffed, the 449-bed state psychiatric hospital at Pueblo has until June 28 to improve conditions. glassdoor.com
Leora Joseph, former general counsel and chief administrative officer for the Auraria Higher Education Center, just took over as director of the Colorado Office of Behavioral Health. One of her first priorities: to change its name.

While the missions of the two state offices overlap, the OBH's constituency is very specific.

"The Office of Behavioral Health is tasked with serving patients who are civilly and criminally committed throughout the state facilities," Joseph says. A criminal commitment involves a person who is committed to a behavioral health institution and is in the criminal justice system; with a civil commitment, the individual is  committed, but not in the criminal justice system. The OBH oversees the Colorado Mental Health Institute at Fort Logan, which has 94 beds and serves mentally ill adults, and the Colorado Mental Health Institute at Pueblo, which has 516 beds and houses people with pending criminal charges as well as those found not guilty by reason of insanity in Colorado courts. OBH also has its own forensic services department that helps those diagnosed with mental health disorders who are in the criminal justice system.

Given the size of its charge, OBH doesn't need to add confusion with the CBHA to the mix, and Joseph says she will rename the OBH in order to focus on the major issues facing her office. “The main focus that I see myself focusing on and a lot of the conversations I’ve had...have been about staffing," Joseph says. "And I’m talking about things like nurses, nutritionists, social workers — all of those incredibly crucial direct service, front line, patient-facing [employees]."

"As of July 2022, [Colorado Department of Human Services] has an approximate 46 percent vacancy rate for direct-care positions across the state’s two mental health institutes," according to Jordan Johnson, OBH communications manager.

Joseph has worked in managerial positions since 2004, when she was appointed to head the Child Protection Unit in the Boston District Attorney's Office. She worked there for eight years before becoming the managing chief deputy district attorney for the 18th Judicial District in Colorado in 2013. She served as chief of staff of the Office of the Attorney General for Colorado from 2017 to 2019, then another two years as managing chief deputy district attorney. In April 2021 she joined AHEC; her last day there was June 27.

“Most of my life I have spent working within the criminal justice system, advocating for populations that really don’t have a voice and have problems accessing justice," Joseph says. "I’ve learned a lot about the system and the law and how those things relate to each other, and so this feels like the...natural progression to my interests and my passions, really, in serving the state."

And right now, she considers dealing with the shortage of behavioral health-care workers as one of the best ways she can serve. Joseph will be working with the OBH's 1,800 employees on creative solutions to staffing shortages, as well as to create new "mission, vision and values" for the office.

"A lot of leaders can sit in their office and go, 'I like this mission statement, and this is the way we should go,' and really not have a clue about what it’s like on the front lines," says Mark Techmeyer, director of communications for the Colorado Department of Human Services. "Leora is not that way, and [she] wants to learn and pull from the staff that are actually fighting the good fight every day to give the best care they can. And only by hearing from them can we make a vision, mission, values that they can hold on to and put in their hearts and work for every day."

The previous director of the OBH, Robert Werthwein, stepped down in February as the legislature was discussing the creation of the BHA to deal with the state's shortcomings in mental health care. This year, Mental Health America ranked Colorado last of the states, right behind Wyoming, based on the prevalence of mental illness and lack of access to care for adults.

“I am very lucky to be coming into this role after an incredibly historic legislative session where we received significant funding so we could increase our services available to Coloradans," Joseph says. In April, Governor Jared Polis signed bills that call for $450 million to be spent on Colorado behavioral health.

While Joseph will be working with front-line employees to create a new mission for the OBH, she says it will definitely include excellent patient access to mental health services. The OBH will be looking to add more capacity in its forensic services division, as well as more youth psychiatric inpatient capacity.

"We’ve seen an increase in requests...for people to be evaluated and people to be treated, and we need to offer them those services," Joseph says. "We can’t have waitlists and backlogs. We want to make sure people are given the treatment that they need."
KEEP WESTWORD FREE... Since we started Westword, it has been defined as the free, independent voice of Denver, and we'd like to keep it that way. With local media under siege, it's more important than ever for us to rally support behind funding our local journalism. You can help by participating in our "I Support" program, allowing us to keep offering readers access to our incisive coverage of local news, food and culture with no paywalls.
Make a one-time donation today for as little as $1.
Katrina Leibee, a recent graduate of Colorado State University, is an editorial fellow at Westword, covering politics, business and culture.
Contact: Katrina Leibee
Follow:
Twitter: @katrinaleibee